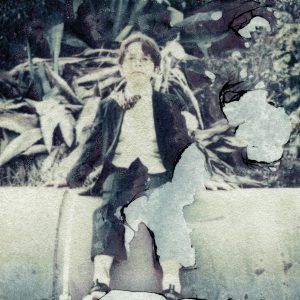 BOYO, the project of LA-based, lo-fi indie-boy Robert Tilden, has released its second album of rough-around-the-edges bedroom pop with Me, Again. Tilden’s take on bedroom pop explores all parts of the spectrum between pounding, indie rock, and delicate, folksier cuts, allowing the him to veer down whatever avenue he chooses from song-to-song. This path is always a risky one, as releases of this nature often feel more like a collection of songs than a well-crafted artistic statement. Unfortunately, Me, Again not only succumbs to these pitfalls, but also struggles with mediocre songwriting and sub-par mixing throughout. Take the first track for example, not only is the song unmemorable, but the vocals are overproduced and can’t find their place in the mix, to the point where I’m not quite sure what to do with the song. The next song, “Binge”, pumps some much-needed energy and directness into the album, with an honest-to-goodness melody sharing the space with a stellar drum part. The track also closes with an interesting outro featuring a Teen Suicide-esque sample over an acoustic breakdown: it’s an excellent song, overall.

However, following this, Tilden seems to keep getting into funks, where he chooses to wander with the melody but sacrifices too much in this attempt, almost like if Pavement songs were fronted by anyone other than Stephen Malkmus. Unfortunately, Tilden is not an indie slacker god, so this album’s melodic meandering, and unconfident, weirdly produced vocals present throughout make it a chore to sit through. This doesn’t mean that the group doesn’t find itself in possession of a compelling vocal presence a time or two, as tracks like “Haunts” prove. Tilden even shows his ability to deviate from a more accessible sound, like on the noisier bits of “Cult of Personality”, or in the eerie electronic textures of “Repressed (Slump).” However, this LP fails to create a catchy, well-written song that also has an experimental edge. With a few more song ideas in place, BOYO could definitely capitalize on the potential shown during the better moments on this release.