Minus by Daniel Blumberg – Review 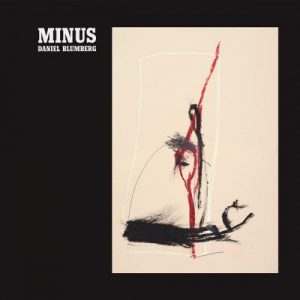 English musician Daniel Blumberg got on the map playing guitar and singing on indie rock/shoegaze group Yuck’s self-titled debut in 2011, but his most recent release is a far cry from the band’s high-energy hooks and slacker charm. Minus is a sparse, classically-influenced work featuring double bass, harmonica, and violin, sonically reminiscent of Talk Talk’s final two releases. Blumberg’s jazzy piano-playing on each track is highly emotional in both timbre and volume, pairing nicely with his distraught, desperate vocal delivery. The auditory restraint on Minus, which was first introduced on Blumberg’s Oupa project, is incredibly refreshing: the uncrowded mix of instruments creates a blank canvas, giving room for the stumbling sounds of avant-garde orchestral noise to impact listeners.

The opening, title track presents the sonic direction Blumberg intends to go with this album, but each of the following six tracks vary somewhat in structure or instrumentation, allowing this collection to easily hold attention. For example, “The Fuse” adds unhinged, fuzzy guitar to the mix; while “Madder” doubles down on the experimental tendencies, bookended by the sonic extrema of the album: a shifting, ambient introduction and a frantic, cacophonous exit. A much-needed juxtaposition to the challenging 12-minute piece is “Stacked,” a yearning track not unlike Perfume Genius. The closer to Minus utilizes a repeating choral phrase and melancholic piano to make for a spiritual departure from the world of the album. Throughout the album, the subtleties and quieter moments are recorded and mixed perfectly, conjuring a feeling of solitude that fits Blumberg’s lyrics like a glove.

My main qualm with this album is its strange pairing of vocals and instrumentals. While Blumberg’s vocals are vulnerable and beautiful, their more accessible side is occasionally jarring compared to the desolate landscape set up by the early post-rock instrumentation. However, this take on experimental music is so fresh, cohesive, and unique, that its flaws seem small in comparison to its commitment to cohesiveness.

You can tune in to hear Spencer host Out There with DJ Dad 6-7pm on Thursdays on WPTS Radio. You can also follow him on Spotify and last.fm: spencers. This review was edited by Nick Jacobyansky of the WPTS Editorial Board.