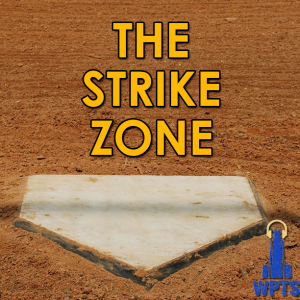 Breaking Down all the Matchups for This Postseason (First Round)

This one shouldn’t be that close, as the Yankees are one of the best teams in baseball this season. However, the Twins have an opportunity here to jump on the inexperience of this young Yankees team and make a game out of it. Luis Severino has been one of the best pitchers in baseball this season, posting a 2.98 ERA (3rd in A.L.) so it seems likely that he will carry his strong season into postseason play. However, there is something to be said about experience on the biggest possible stage, and that is something that Severino has no prior knowledge in. The case for the Twins is strong though, especially with the subtle power that lingers in the lineup. Brian Dozier is a prime example of this, being one of the most powerful second basemen in the AL (.497 SLG). The downside however, is that ace Ervin Santana is atrocious in New Yankee Stadium, posting a 6.43 ERA in six career starts. In the end, as long as the Baby Bombers don’t get frightened by the big lights, they should win this game with relative ease.

#Rocktober is once again upon us, and it is truly glorious! The Rockies and Diamondbacks face off against one another for the 20th time this season, with the D-backs leading 8-11 in the series. A resurgent Zack Greinke will make the start for Arizona, and his numbers are much more his norm this year, with a 3.20 ERA and a crisp 1.07 WHIP. However, Greinke will face one of his toughest challenges of the season going up against a Rockies team that tears the cover off the baseball for a living. Lead by the deadly duo of Charlie Blackmon and Nolan Arenado, the Rockies are easily the best hitting baseball team… at home. This game unfortunately for them, is in Arizona. The Rockies are third in baseball in Runs produced this season, unfortunately for them, they are 25th in runs produced on the road. Look for starter Jon Gray to put up some nice numbers early, and for the big bats to shine for Colorado in order for the Rockies to get to play a HOME game this postseason.

From start to finish, this should be the most competitive series in the Division Series this year. With the season series going in favor of the Astros 4-3, Houston has the slight advantage in the series. However, Boston did win the series in Houston. Boston will rely heavily on its stout bullpen (3.15 ERA, 2nd in MLB) to carry back end starters through this unbelievable Houston offense. The Astros have strong starting pitching, and the best offense in the MLB (1st in Runs Scored) behind them, making them the obvious favorite. However, if there is a team with late inning magic this season, it is the Boston Red Sox. Boston posted an astounding 15-3 record in extra innings this year, and finished the season with 14 walk offs, more than any other team in baseball. This series also features several marquee players, such as Mookie Betts, Jose Altuve, Chris Sale, Dallas Keuchel… and the list goes on and on. By the time we get to Game 5, the Astros bats will just be too much for Boston, who will then turn their attention to getting Giancarlo Stanton.

The Windians march on once again. After a rough Wild Card Game, the Yankees will struggle against the wave of power that is the Cleveland Indians. With a great rotation, top bullpen, and top ten offense, this team is built to demolish almost anyone in the league, and should be no surprise as the favorite to bring home the title. The Yankees on the other hand, well this time they face off against a team with real experience in the postseason, and it will just be too much for them to handle. The biggest weak spot for the Yankees will be their lack of depth in their rotation, with Severino and Sabathia being their best options, and Tanaka being a hopeful help. Both bullpens should shine, as Andrew Miller and Co. will meet their match against Chapman and the Yankees heaters. The Indians are deep though, and will have a plethora of hitting talent to keep them in games, and to provide late inning sparks. Led by Francisco Lindor and Edwin Encarnacion (71 HR combined), the Indians have plenty of power to match the Yankees big time bats. At the end of this series, the Indians will have kept the Yankee Baby Bombers in check, and will be en route to another World Series appearance.

Oh boy, predicting the Nationals to win a postseason series is like picking the Browns to make the playoffs. But, after five seasons, you would think this one just might stick. The Nationals are the more talented team in this series, and honestly it isn’t even close. Bryce Harper, Daniel Murphy, and Ryan Zimmerman (288 RBIs, 279 R) have been one of the best trios in the National League this year, and with Harper back they look to resume the carnage they caused. Helping them out are great players like Anthony Rendon (5.9 WAR), who had a breakout season at third base. Of course, that isn’t even the strength of the Nationals, with three of their pitchers being ranked in the top 10 in ERA this year (Scherzer, Strasburg, Gonzalez). However, the bullpen is the big sore spot for Washington, as they continue to struggle with finding a true closer and late reliever. On the other side, we have the defending champion Chicago Cubs. This Cubs team is not nearly as good as the Cinderella you remember from last year, with pretty much all of their players having a regressed season. The biggest weak point for the Cubs is their starting rotation, which doesn’t have a marquee player this year. Jon Lester has struggled, Arrieta has been mediocre, and Jose Quintana has not been the asset the Cubs were hoping for with a 4.15 ERA this season. The only chance the Cubs have is for their young bats to get hyped up on the adrenaline and get back in gear. Anthony Rizzo and Kris Bryant have some potential to boost this team (210 R, 182 RBI), and will be depended on if the Cubs want to overcome this fierce Nationals lineup. However, it seems as though the Nationals will have enough this year to put them through the first round, especially if Bryce Harper is as healthy as he claims to be.

Unfortunately, all good things must come to an end, and while I believe that #Rocktober will make its way to the Division Series, it doesn’t seem like it will go much further. The Rockies can not hit on the road, and against Clayton Kershaw and Co. that will be monumentally more difficult. The Dodgers on the other hand, have the hitting and the pitching needed to bully this Rockies team. With Cody Bellinger and Corey Seager making names for themselves, the young Dodgers will leave a nasty mark on this volatile Rockies rotation. Both bullpens bring good pitchers into play, but Kenley Jansen tops them all, as last postseason he showed his immense versatility as a reliever, being able to come in whenever called upon. The Rockies have a chance, they just have to win both their home games and sneak away with one win on the road, which makes this prediction hard to write. However if Dodgers manager Dave Roberts plays his cards right, this series should be open and shut for Los Angeles.