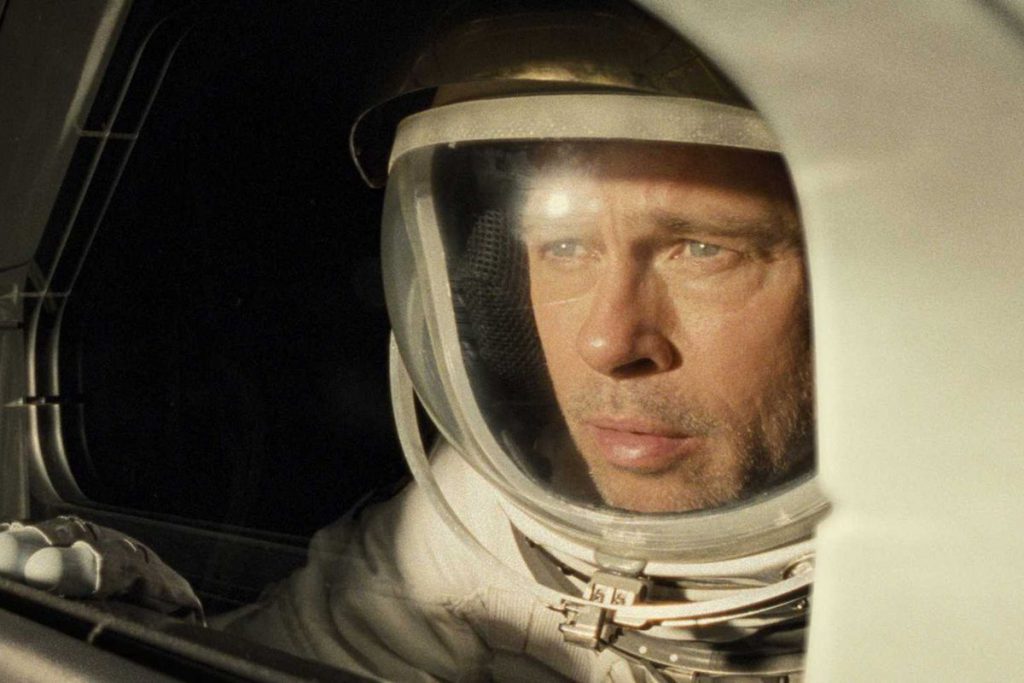 The quick take:  Not to be missed for anyone who wants a more thoughtful kind of exciting space adventure

Ad Astra takes place in the future, but thinking about it as a movie makes me want to talk about the past. Once upon a time, this would have been the cinematic event of the season: Brad Pitt stars as an astronaut who has to go on a secret space mission to save humanity. That doesn’t just sound like a big movie, it sounds like a fake version of a big movie that characters in a real movie would go watch.

The thing is, for most of the history of cinema, that’s what brought people into the theater: You’d go see a movie because it had actors you recognized, or because you liked the setting or genre. Everyone listened to the same radio stations and watched the same TV shows, so if you heard about a movie that sounded interesting, chances are everyone else would know about it too.

Things changed, and now the only movies left that everyone sees are the franchises left over from those days, still going on in new realms with the same brand names and iconography. I don’t say it to pass judgement, I say it as a fact: It’s had dividends for movies as well as losses, and Ad Astra is a clear example of those dividends.

It’s easy to imagine the big summer blockbuster version of this movie: Brad Pitt, probably with some kind of under-served love interest by his side, punching people in zero-gravity and flying his spaceship better than anyone else, amidst big explosions and huge special effects. The version of Ad Astra actually in theaters is completely different, though: It’s co-written and directed by James Gray, veteran of the indie movie scene best known for making thoughtful crime dramas with big stars set in the parts of New York you don’t usually see in the movies, like Little Odessa or The Yards.

Gray has a knack for characters with conflicted, internal emotions who tear themselves apart from the inside as they go on their journeys, in a way that interrogates masculinity and the society that props it up. Brad Pitt in Ad Astra is no exception: He plays Roy McBride (although let’s be real, he plays “Astronaut Brad Pitt”). Son of the single most legendary astronaut in history–the first man on both Jupiter and Saturn. Needless to say, having that kind of pressure to succeed from a parent gave Roy a lot of issues about his own place in life: How emotionally healthy he is after a father-son relationship mostly conducted through delayed interplanetary communications, how to respond to all of the hero-worship he gets by proxy, and even whether it was his choice to be an astronaut at all.

That last one is an important point. Unlike a lot of space movies, this takes place in a “near future” world where space travel is a lot more normal than it is today. It’s not as casual as you might see in Star Trek, but there’s a lot of attention paid to things like scientific research conducted in space, and the practical workings of cities on the moon.  This becomes important because it’s driving the plot: This future world is even more electronic than our own, and so the life of everyone on every planet is threatened when a series of cosmic rays from outside the solar system threaten to disable all electronics, effectively turning off the power button on the human race. Astronaut Brad Pitt is given a mission to investigate the problem, not just because he’s such a great astronaut but because his father was lost in space years ago, on a mission to the same place in deep space where these bad cosmic rays are coming from.

In some ways, it feels like the people who give Pitt his mission are trying to set up a dramatic, cinematic situation, and they certainly succeed. This leads me to the most impressive thing about Ad Astra: Remember that blockbuster version of the story I mentioned with the punching in space and such? All of that is actually in the movie:the big explosions, the zero-G punches, all of it. I was deeply impressed by Ad Astra for a lot of reasons, but chiefly the way it was able to combine this thoughtful and personal character piece with a seriously exciting and gorgeously realized space adventure, in a way that should make anyone happy if they like any kind of space movie. That’s probably why this movie makes me think about how old blockbusters used to work: In this age of franchises meant for hyper-specific audiences, it’s rare to see a movie like this that has something for everyone.