The Quick Take: Tom Hooper cooks up a nightmarish concoction of CGI cat-people and songs that were nonsense to begin with that is best kept at a healthy distance from anyone with taste. 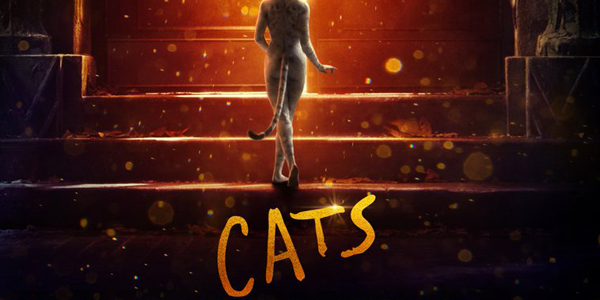 I will start my review of Tom Hooper’s brand-new Cats adaptation with a selection of positive notes, which will allow me to avoid interrupting myself to counter my own points in the following, (spoiler alert) not-very-positive paragraphs. First, Idris Elba and Taylor Swift do their darndest to make threatening villains out of the nothingness that is their characters, Macavity the Conniving Evil Sorcerer Cat and his right-hand-woman, Bombalurina the Sexy Dancing Also Maybe Magical Assistant to the Conniving Evil Sorcerer Cat Cat, and Ian McKellen is nice for a poignant song as the aging Gus (short for “Asparagus,” because Cats). Second, Jennifer Hudson puts forth a rendition of “Memory” that almost makes you think that maybe this isn’t the worst movie you’ve ever seen for the five minutes it lasts. Third and finally, Swift’s “Beautiful Ghosts,” a collaboration with Cats’s original songsmith, Andrew Lloyd Webber, specially composed for Oscar consideration (it didn’t make the shortlist), is pleasant and certainly no worse than the majority of the music in the film.

That, I regret to inform anyone who perhaps has pre-booked a Cats ticket for opening night, is all I have to offer. This movie is bad. This movie is excruciatingly bad, from the opening nonsense of “Jellicle Songs for Jellicle Cats,” which is easy to be distracted from as you struggle to acclimate to the monstrous nature of the cat-human hybrids, to the closing nonsense of Dame Judi Dench’s fourth-wall breaking “The Ad-dressing of Cats,” which is impossible to be distracted from even though you still haven’t acclimated to the monstrous nature of the cat-human hybrids, nor what on earth “Jellicle” is supposed to mean, nor why at least two of these animated abominations are wearing sneakers.

Now, I am not a proponent of Hooper, who has inspired vitriol for his milquetoast Best Picture winning royalist period drama The King’s Speech (which also netted him Best Director) and his completely misguided The Danish Girl, starring Eddie Redmayne––in one of the most horrid non-Scarlett Johansson miscastings of the decade––as a transgender woman. I am, however, a staunch defender of his previous swing at Broadway, 2012’s Les Misérables, which is to my mind an excellent if occasionally off-the-mark adaptation of one of the finest musicals ever composed. Hooper’s rendering of Cats leaves me to consider that perhaps the Les Mis film is only good––a presupposition many film critics would dispute––because of the pre-existing excellence of Victor Hugo’s story and Claude-Michel Schönberg’s music: when left with the drudgery of Webber’s one-note Cats score and the inscrutability of its poetry-adapted lyrics and plot, he proves totally incapable of elevating the material to something engaging in the transition to film.Hooper’s directorial choices throughout Cats are nothing but a series of misfires. The  shot selection is baffling: wide shots are employed on some of the worst looking CGI in a movie that is comprised solely of terrible CGI occasionally augmented by a song, leaving a crew of floating, inconsistently-sized cats ostensibly dancing across a bridge or absolutely terrifying little beetle-people dancing and singing for their lives as Rebel Wilson’s Jennyanydots the Vaudevillian Also Fat But Not The Fat Cat Cat pops them at random into her mouth and chews with glee. There are also a whole heck of a lot of close-ups, a troubling decision for two key reasons: the cat face CGI, while rendered competently, is still an absolute terror to behold, and the cast—apart from Dench, McKellen, and Elba—is mostly comprised of pop stars and professional dancers, none of who have been trained for acting in close-up— or for the screen at all. Francesca Hayward’s (a member of the latter category) performance as Victoria, the nominal protagonist, is mostly wide-eyed awe and decent if unemotive singing, devoid of subtlety or believable feeling. Wilson rivals her own showing in Taika Waititi’s Jojo Rabbit for the least funny attempt at uproarious comedy of the year, playing opposite James Corden, who is at least competent as “Bustopher Jones,” The Look How Fat He Is Isn’t That Funny Cat (it is rarely funny). I could go on, but mercy is necessary sometimes.

Nearly every aspect of Cats is a failure of vision and execution, embarrassing enough as a whole to obscure the occasional bright spot entirely. The crucial element of adapting Broadway shows, especially plot-light ones like Cats, is maintaining the feeling of delightful spectacle when it isn’t happening before the audience’s very eyes; Hooper fails in that mission and thus Cats falls totally flat as both an adaptation and a film as a result. Blech.