The Quick Take: Emma is a beautiful, colorful and wonderfully shot movie, and despite some pacing issues and under-explained areas, it left me with a giddy smile that only a Jane Austen story could produce. 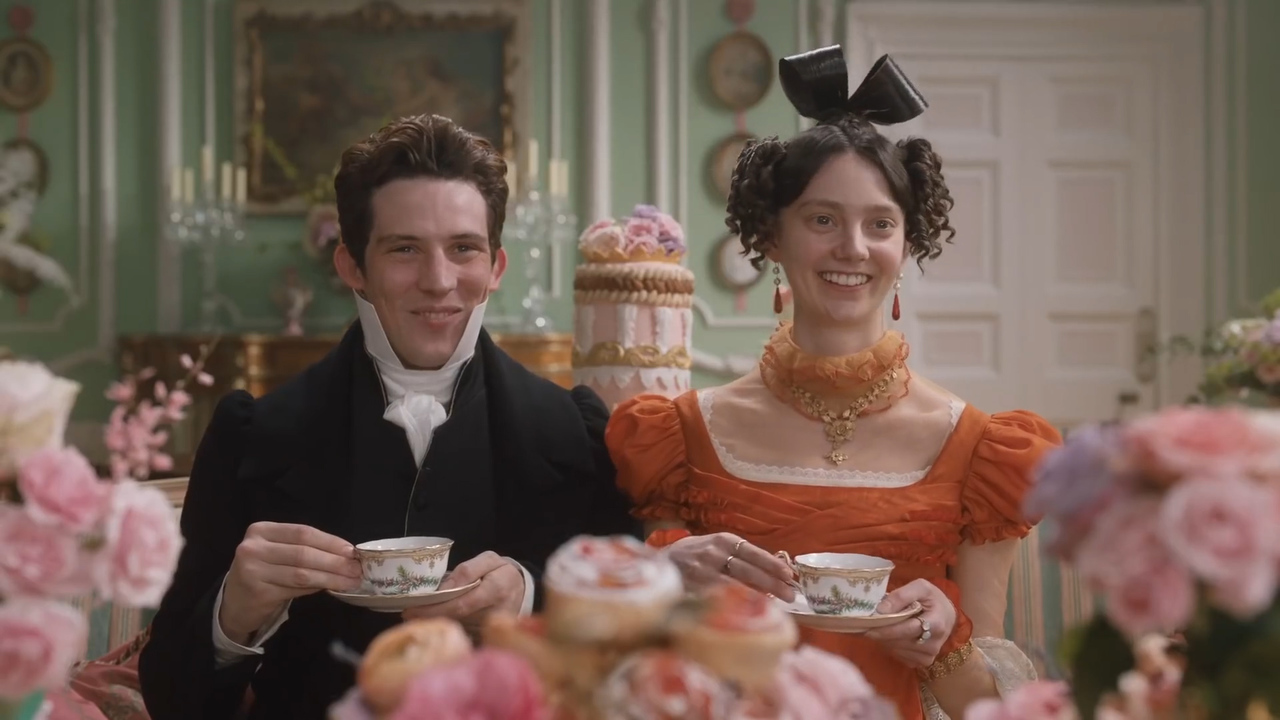 When I saw that there was going to be a film adaptation of Jane Austen’s book Emma, I was excited. As a huge fan of period pieces featuring romance, to see a new adaptation of Emma with a female director was thrilling. Emma is about the titular character (played by Anya Taylor-Joy), who is, as the first line of the book states, “handsome, clever and rich”, but also snotty and self-centered. She insists on playing matchmaker for everyone, especially her new friend Harriet Smith (Mia Goth) and uses this as an opportunity to be overly-involved in others’ lives. Throughout the story, miscommunication and twists abound, Emma takes steps towards growth, and maybe discovers a romance of her own.

I thought that the actors in the movie were very talented, being able to convey their character’s thoughts and ideas in nuanced ways, which was appropriate for the time when people were very guarded with their feelings. At one point, a new character is noticed, and instead of everyone asking each other, “Who is that?”, they all just look on with confusion and interest. Bill Nightly as Mr. Woodhouse was very fun and played off of the talented Anya Taylor-Joy very well. But the casting of Johnny Flynn as George Knightly and Miranda Hart as Mrs. Bates warranted a chef kiss from me because of how perfectly they embodied their characters. 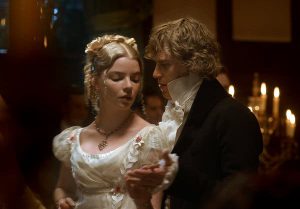 As for the aesthetics of this movie, it truly is a feast for the senses. The vivid colors of the scenery and costumes, along with the cheery music, helped convey the light-hearted tone of the story. As for the cinematography, one scene that stuck out to me was the dance between Emma and Mr. Knightly; it was so beautiful, the lighting, the way that it focused on the two’s eye contact, their slight touches, and how invested they were in each other that they even missed a step in the dance. While watching this, my mouth was agape and I probably forgot to breathe—it was magical.

Despite these aspects, there were a couple of issues that I found with the film. For one thing, despite actively looking, I could not find a single person of color. While this could have been done for “historical accuracy” or “staying original to the source material”, there have been multiple historical pieces that have included people of color in their casts. In addition to a complete lack of diversity, some characters felt very underdeveloped, and someone less familiar with the story could have been confused. Finally, I felt that the end was rushed; it didn’t come out of nowhere, but there could have been more time devoted to flesh it out, instead of the movie taking a slower pace in the beginning. (If you want a more in-depth adaptation of the story, go for the 2009 mini-series by BBC, it’s really good ;).)

Now, I know some may have aversions to historical (and British) dramas because they can’t understand what the characters are saying, or find it too serious, unrelatable, and boring. While I can understand these concerns, I think that this movie specifically does a great job of making a period piece accessible to everyone. I thought that the characters spoke understandably, and everyone had a very distinct personality and look, allowing for people to easily track the characters. In addition, Emma is probably one of the more comedic Jane Austen stories, with many moments to giggle at and so much miscommunication it puts modern rom-coms to shame. You can relate to so many things in this film, such as zoning out of a tedious conversation or dealing with an unwanted suitor, but with serious issues too, such as saying something hurtful and having to make it up to that person.

In the end, I had a great time seeing Emma and left with a huge smile on my face. Despite the issues I had with the film, I would still go and rewatch it, and I think that anyone who loves a good heartwarming love story can enjoy it.