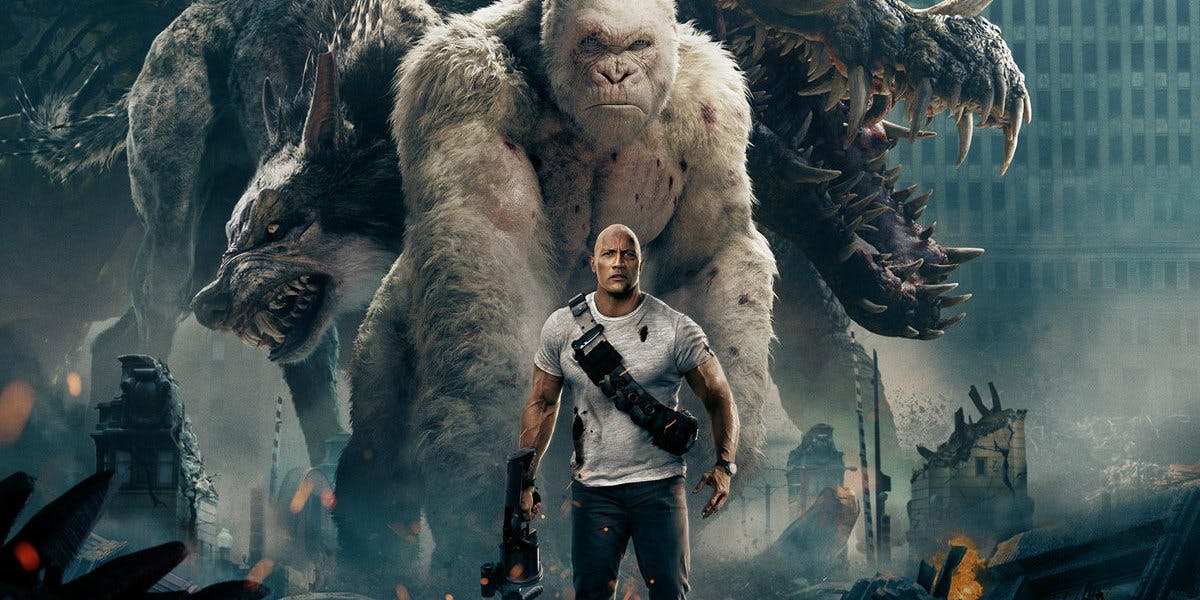 Rampage is a science fiction monster film directed by Brad Peyton. It’s loosely based on the video game series of the same name. It stars Dwayne Johnson and Naomie Harris. Johnson stars as a primatologist that takes care of an albino gorilla named George. George and a few other animals get struck by a mysterious object that edits their genetic code, transforming them into monsters. Johnson and Harris, a genetic engineer, have to team up to take these monsters down.

The first thing I noticed was that the picture felt out of focus and hard to watch in the beginning. It may have been stylistic because it didn’t last. After that, the picture looked pretty good. The monsters looked absolutely terrifying, while still resembling the animals that they previously were.

For a monster movie, this had a surprisingly large amount of humor and heart. The characters all had good humor and played off the moments pretty well. One thing that I noticed was a lack of character development. Obviously, that’s not what people are looking for in a monster movie, but it was still something that I thought it lacked.

Overall, Rampage was pretty good. It delivered exactly what you would expect from a monster movie, while still delivering heart and humor.