The Quick Take: A must watch film with an important story 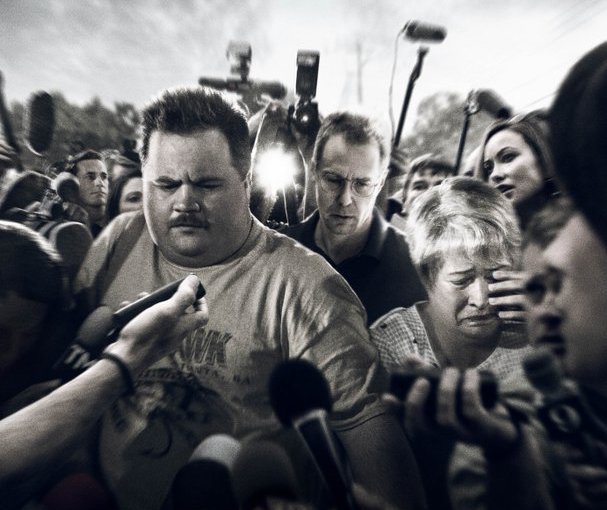 On July 27, 1996, a pipe bomb went off at the Centennial Olympic Park in Atlanta, Georgia.  Richard Jewell, a security guard, was the first person to notice the bomb and helped clear the area.  At first, Jewell was seen as a hero, but as the FBI began to investigate the incident, they targeted Jewell for fitting the profile of a lone bomber.  Thereafter, Jewell faced intense media scrutiny and a severe FBI investigation. The movie Richard Jewell recounts the events of the bombing and its aftermath from Jewell’s perspective.

The goal of this film is to show a realistic portrayal of Richard Jewell’s experience before, during, and after the bombing.  After viewing this film, I could not help but to feel distrust for the government and the media. Once word gets out that Jewell could be the potential bomber, the media swarms his mom’s apartment, watching their every move.  Before Jewell is even aware that he is a suspect, the FBI take him in to shoot a training video when they really are trying to squeeze out a confession.  Seeing Richard Jewell, a normal guy who is obsessed with the law and brags about studying law every night, have to face a false accusation and criticism for an act of heroism made my blood boil.

Despite the movie’s heavy subject matter, there were small doses of humor weaved in throughout the story to relieve tension. Before being hired as a security guard at Centennial Park, Jewell got fired from a college security position for taking the job way too seriously.  Jewell’s attorney, Watson Bryant, also delivers witty one liners throughout the film.

The characters in this film are very believable, as a result of an exceptional casting.  Paul Walter Hauser, who plays Richard Jewell, looks and acts the part.  His success in playing Jewell partially relies on the fact that he is a relatively unknown actor, which added mystery to the character.  Sam Rockwell has a passionate performance playing Watson Bryant, Jewell’s compassionate lawyer who defends Jewell through thick and thin.

Along with the casting, the script devotes time in establishing Richard Jewell as a mama’s boy outcast who has many strange quirks.  Before the FBI comes to search Jewell’s house, his lawyer insists he lay out all his guns on his bed so there are no surprises.  Jewell fills out the bed with his extensive weapon collection. Despite being investigated, Jewell tries to help the FBI. When they are searching his house, he offers to help them find anything.  After meeting Jewell before the bomb goes off, it is apparent that Jewell does fit the profile of a bomber, yet as the film goes on, it is eventually realized evident that he neither could nor would never commit any such crime.  For one, Jewell’s personal circumstances would have made it impossible for him to both set the bomb and make a phone call that was placed that same night.  Another part is Jewell’s caring relationship with his mother and his mother’s unwavering faith in his innocence.

This film adheres to conventional realistic visuals.  Along with footage from the actual event, the film used footage made to look like it was from a news program.  This blend of different footage makes the film feel like a documentary.

Richard Jewell is a must watch film with an important story. I recommend seeing this film even if you are not familiar with the original story.  It offers a controversial perspective on the media that is very uncommon for Hollywood films. Despite the media criticism for the depiction of the journalist, Kathy Scruggs, it is an important story to see about the wrongful accusation of a true American hero.