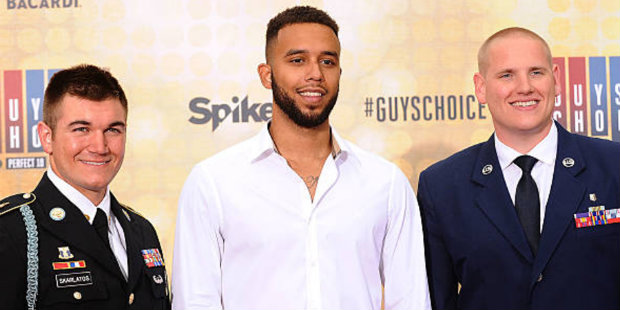 It is interesting to observe the transition from actor to director that many big names from the 1960’s and 70’s have made, but none is as lasting as Clint Eastwood’s. Once an actor in morally ambiguous spaghetti westerns, Eastwood has chosen to avoid tropes initially created by some of his earlier works. Instead, Eastwood seems to pursue the creation of films showing morally complex characters, ones who pursue their goals with a sense of integrity and flaw.

This duality is best exemplified with Eastwood’s 2014 film American Sniper, which chronicled Marine Sniper Chris Kyle. At the film’s release Eastwood was praised for his cinematography, storytelling, and overall craftmanship. The main criticism of the film was mainly directed at its subject material, the real-life Chris Kyle. Kyle was known for his dogmatic patriotism, claims of killing looters after Hurricane Katrina, and a general acceptance of being the deadliest sniper in American history. American Sniper was well crafted, but its themes on war certainly drew ire.

I seem to be talking an awful lot about Clint Eastwood and American Sniper more than The 15:17 to Paris. So, I would like to begin my review by saying that The 15:17 to Paris has become the total opposite of standard Eastwood directing fair in the worst way possible. It depicts three American friends, Spencer Stone, Anthony Sadler, and Alek Skarlatos, two of whom served in the military, on a tour of Europe that ends in a deadly encounter with a terrorist on a train. This story parallels the real-life events of the 2015 Thalys train attack. The main gimmick of the film is that the heroes of the real-life attack, who managed to subdue the terrorist and save a passenger’s life, play themselves in the film.

While not entirely unheard-of in film-making, roles such as these are better suited for dramatization in documentary style films. Perhaps unsurprisingly, the heroes don’t make for good actors, as they play their lines stiffly and with very little emotion. A more naturalized approach might have made the actors come off a bit more inexperienced than outright terrible. Worse yet, many of the side actors, such as Judy Greer and Jenna Fischer, come off just as taught with each line. As for actual cinematography, the movie seems to have been filmed more like a travel documentary than an actual cinematic piece of art. The camera simply follows the characters as they shuffle through common European locations and vacation spots, randomly taking pictures and making inane comments to one another. Yet each piece has scripted dialog, making this trip seem more like a commercial than an experience for the characters.

Thematically, there is almost no conflict for 80 minutes of this film’s 94-minute runtime. The characters have close to no real flaws, even as children, other than mundane problems such as being late or wondering about their future. The biggest flaw of the entire film is that there is almost nothing further to discuss about it. It is so painfully uneventful for most of the film that I have trouble even recalling the point of any of the film’s first three acts. No real tangible complexity ever arises, which is one of the worst things one could do in a biography. At the end of the film we learn that all three of these young men are willing to put their life on the line to save others. Which is great for a nonfiction book, a documentary, or even a primetime news interview. The biggest question that remains after viewing this film is why it ever chose the form of a major motion picture, if no real benefits could even be scrounged up from an otherwise remarkable story.