The quick take: Not for OG Addams Family Fans

A brand-new adaptation for one of America’s most beloved families is coming to theaters across the world today. This modern take on the Addams Family is computer-animated and proudly boasts an artistic style near identical to the original comics by Charles Addams. Additionally, some very big names voice the frightening family: Oscar Isaac (Gomez Addams), Charlize Theron (Morticia Addams), Chloë Grace Moretz (Wednesday Addams), and Finn Wolfhard (Pugsley Addams) are some of the many stars contributing their talents to the film. 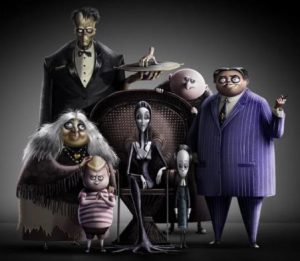 The creepy and kooky family, depicted in the 2019 film

The Addams Family (2019) has the creepy crew move to the state of New Jersey facing the adversities and tricks of the modern world that they had once been isolated from. Over the course of the film, the family unit seems to succumb to the tricks and schemes of the film’s antagonist, Margaux Needler (Allison Janney), who seeks to drive those who are different out of her “normal” neighborhood. Throughout all this, multiple sub-plots develop the children’s coming of age, the act of adapting to change and the acceptance of those who are different. Each character completes different arcs of growth, change, and acceptance: for Wednesday, it’s attending Junior High; for Pugsley, it is completing an essential family tradition while trying to leave his father’s shadow; for Morticia, it is learning to how to let go of her worry over her family and for Gomez, it is learning how to trust his son.

The movie successfully delivers a quaint message of acceptance through easy to follow banter and light horror references like that of the Frankenstein frog scene as depicted in the trailer. However, I would only recommend this jovial take on the Addams for those who have never seen an Addams Family adaptation before. Unfortunately, this cartoonish version of the spooky family pales in comparison to its film predecessors in many ways. 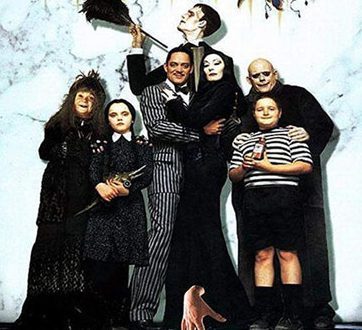 For example, when placed next to the 1991 movie, The Addams Family, we can see the major pitfalls of the 2019 depiction. The plot and inherent premise of one of film’s most iconic families has been washed down and made a mockery of through unnecessary changes, thus making the once interesting movie family a major bore to watch on screen. The Addams, as a staple, have been developed as a genuinely macabre bunch that entertain themselves by practicing the bizarre and embracing the deadlier aspects of life, all while still maintaining a hospitable attitude for those like and unlike themselves. The 2019 version spits on these ideas and proves itself to be weak at best and irritating at worst. The characteristic dark humor replaced for more light-hearted jokes, the underlying accepting nature of the family switched for a family that displays itself as distrustful towards strangers, and a sickeningly jovial attitude that seems to saturate the film smothers the characters, robbing them of their morally ambiguous attributes that made them interesting in the first place.

The 2019 Addams Family version was a disappointing watch and I would not recommend the movie to die-hard Addams family fans.