Movie Review | To All The Boys: P.S. I Still Love You

The Quick Take: If Netflix rom-coms were Valentine’s Day chocolates, this movie wouldn’t be the expired chocolate on the clearance rack. But it ain’t a Ferrero Rocher truffle either. Probably your basic Hershey’s bar. 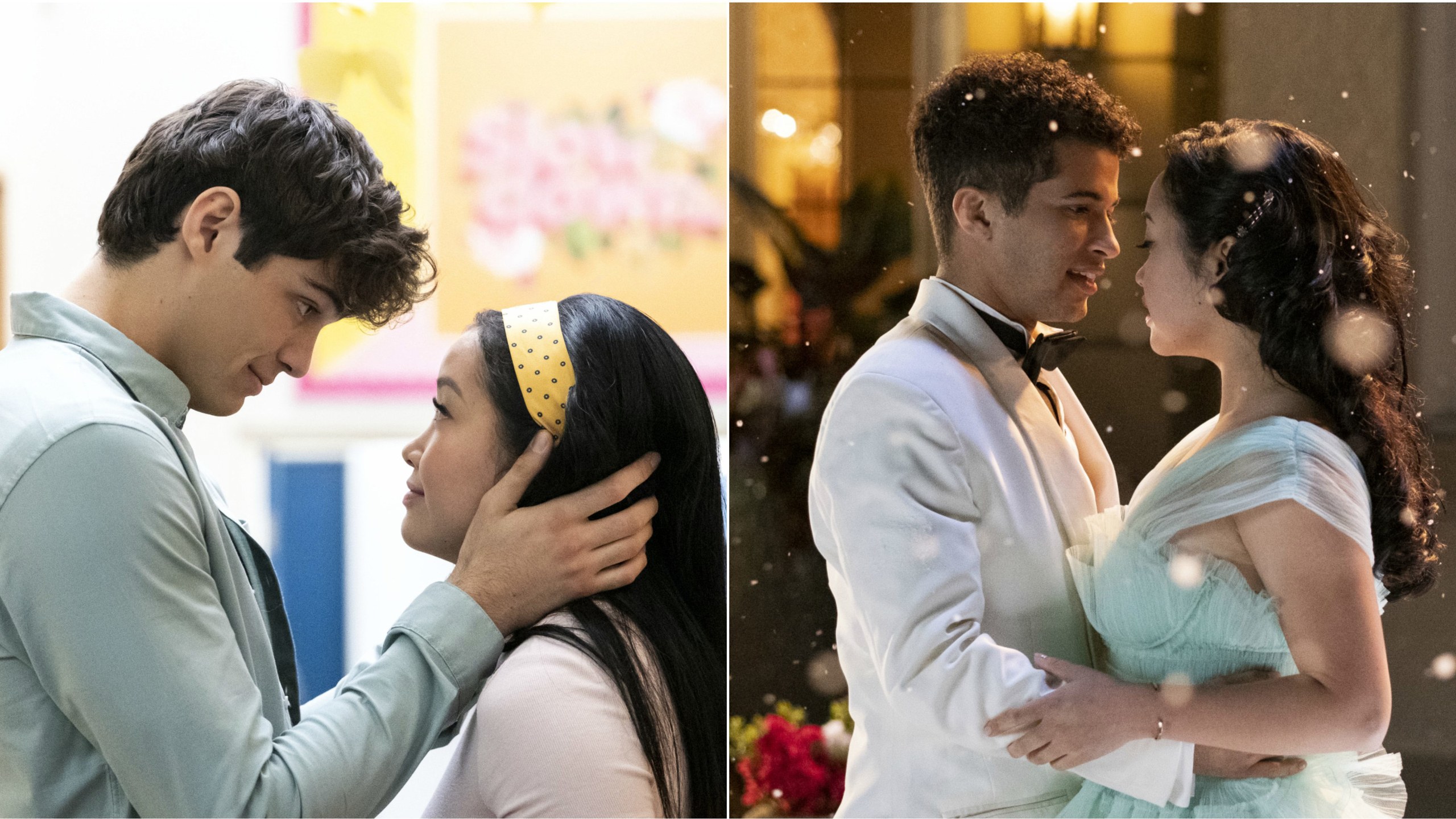 On the left: Peter (Noah Centineo) and Lara Jean (Lana Condor); On the right: John Ambrose (Jordan Fisher)and Lara Jean. Which one will she choose?

Compared to some of Netflix’s other attempts at teen romance (that somehow manage to boil down to “assault is the answer”), To All the Boys I’ve Loved Before was met with resoundingly less negative reviews. So it’s no surprise it got a sequel two years after it first started streaming—and on Valentine’s Day, no less.

The first movie had your basic rom-com ingredients—the bookish main character, the heartthrob love interest, the quirky best friend, the gay friend, the vengeful ex, and that darn scheming little sister, all involved in outlandish problems that mostly could’ve been solved with basic communication skills. It wrapped up with a happy ending for Lara Jean (Lana Condor) and Peter (Noah Centineo), and having not read the YA books the movie is based on, I fully expected a contrived plot for the sake of money-making instead of storytelling in its sequel. (And it’s pretty clear that they weren’t expecting much success, considering the first film’s appearance of sequel lead John Ambrose McClaren is wiped from existence in favor of a more compelling story and a more experienced actor.)

Instead I was pleasantly surprised by P.S. I Still Love You (to a point). Immediately I was taken in by the decision to give the older sister, a supposed college freshman played by a 30-year-old, less than a minute of screentime. More importantly, though, the development of a real relationship between Peter and Lara Jean was grounded in reality and dealt with their relationship after the happily-ever-after moment. Lara Jean’s tendency to drift into fantasy complimented the very real issues that come with navigating one’s first relationship and her refusal to to face them. As far as the main plot and characters went, the most unrealistic aspect was Lara Jean, a supposedly avid baker, mixing butter straight into dry ingredients.

In this film, John Ambrose McClaren (Jordan Fisher), one of the recipients of Lara Jean’s love letters in the first movie, comes back into Lara Jean’s life. His perfect face, his charming demeanor, and his impeccable ability to hold a conversation while expertly playing the piano make Lara Jean reevaluate her relationship with Peter. It doesn’t help that Lara Jean, a novice at relationships, thinks that every single disagreement she and Peter have means they’ll break up.

And this is the core of the movie that I enjoyed so much. Looking past the weird rom-com tropes and some odd details, the true issues in Lara Jean’s love life come from her own paranoia, fear of failure, and self-sabotage. Combine this with Peter’s extensive relationship history and jealousy of John Ambrose, and you get serious arguments between Peter and Lara Jean in which neither one is completely in the right.

That being said, the only compelling plot that this movie devotes time to is the love triangle between Lara Jean, John Ambrose, and Peter—and even this plot is somewhat contrived, seeing that Lara Jean takes her sweet time telling Peter she’s been hanging out with John and telling John she’s dating Peter. (Though I suppose the entire point is that Lara Jean is too in the way of herself, so I can give this classic trope a pass.) The true fault of this movie is neglecting ALL of the supporting characters. The “subplots” this movie claims to have are laughable—I wouldn’t even call them subplots, but sub-happenings, because they occur without any motivation, explanation, or trajectory. Lara Jean’s edgy best friend Christine (Madaleine Arthur) is inexplicably dating some jock named Trevor (Ross Butler) who isn’t even in the first movie. How that relationship began or where it is by the end of the movie is never addressed. The almost compelling plot thread about Peter’s ex-girlfriend Gen seeking comfort from Peter while going through tough times at home could have led to interesting conflict, but unravels into nothing. And let’s not forget about how Lara Jean and her sister encourage their father to get back in the dating game, so he starts dating without any internal or external conflict.

But the one that takes the cake is the single conversation Lara Jean has with her friend Lucas (Trezzo Mahoro), whose only personality trait is he’s gay. And that goes nowhere. There is one scene in which he reminds Lara Jean, as she laments the fact that two men are interested in her, that she couldn’t ever understand the struggles Lucas is going through—a seemingly perfect way to open up a subplot in which he navigates his own love life. Instead, Lucas is never seen again and the issues he alluded to are abandoned, making me wonder if the writers shoehorned this line in last minute to be “woke”, or if they wrote it early on and completely forgot about it.

For a lighthearted Valentine’s Day treat, there’s no harm in giving this movie a watch. But, as with most Netflix rom-coms, don’t expect too much. Grab a middling chocolate bar and get ready for a middling movie.