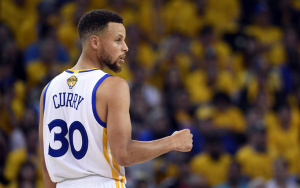 After an offseason of many moves, it’s finally time to get into the 2018-2019 NBA season. I will only be giving an extensive description for the top 10 teams and certain teams I feel are noteworthy for more than a sentence or two.

This was obviously a no brainer.  After winning back to back championships with Kevin Durant and 3 out of the last 4, the Golden State Warriors decided to add DeMarcus “Boogie” Cousins to their already amazing team. Although Boogie won’t be available until later in the season, the Warriors have more than enough fire power to stay the number 1 team in basketball.

Coming off a season in which they were the best team by record in the Western Conference, the Houston Rockets lost in 7 games against the Golden State Warriors. Despite losing starting small forward Trevor Ariza, the Rockets went out and traded for former all star Carmelo Anthony. It’ll be interesting to see if Carmelo helps or hurts their team.  Nevertheless, for now the Rockets are coming in at number 2.

This may come as a surprise to many people, however at 4 I have the Utah Jazz. Utah is a team that has found their star player, who exploded in the second half of the season and the Western Conference playoffs. Utah was ranked as the best defensive team in the NBA last year and have the reigning Defensive Player of the Year in Rudy Gobert anchoring that defense once again. All signs point to the Jazz as the 3rd best team in the stacked Western Conference.

TRUST THE PROCESS. We finally got to see “The Process” come to fruition last year, as the Sixers finally had great luck with health. Ben Simmons, the reigning ROTY, and Joel Embiid led the Sixers to the second round of the NBA playoffs. This is a team that is only going to get better with the emergence of Markelle Fultz, who has supposedly fixed his shot and is ready for a breakout year.

The Raptors have always been a good team, despite that they have never been able to make it to the NBA Finals. After seeing LeBron James leave the Eastern Conference to go out west to the Los Angles Lakers, the Raptors know this is the time to go after that NBA Finals appearance. In the offseason, the Raptors traded DeMar DeRozan for Kawhi Leonard. Kawhi only played 9 games last year for the Spurs in their messy breakup, but when he did play the year before, he was arguably the best two-way player in the league. If the Raptors can figure it out, look for them to move into my top 3 in Power Rankings.

The Thunder had a disappointing postseason, but they were able to keep Paul George and trade away Carmelo Anthony for a quality point guard in Dennis Schroder. With their best defensive player Andre Roberson coming back from injury, the Oklahoma City Thunder should be a lot better than they were last year and could potentially find themselves in the mix for the Western Conference Finals.

LeBron James. It doesn’t really matter how irrelevant the Lakers have been for the past 5 years, the Lakers now have the best player in the league. If Lonzo Ball, Brandon Ingram, and Kyle Kuzma can all take that next step, LA can make a deep run in the playoffs because it’s hard to beat LeBron 4 times in 7 games. One thing to note is how exactly their many personalities will mesh together and if that will cause problems throughout the season.

Victor Oladipo is coming off an all-star season. After almost beating the Cleveland Cavaliers last year, there’s a lot of excitement in Indiana. If Victor and Myles Turner can keep improving, the Pacers could find themselves as a top 3 team in the Eastern Conference.

This is definitely going to be the most debated ranking. How exactly can I put the Pelicans at 10 after they lost all-star DeMarcus Cousins? Well it’s because they have the 2018-2019 MVP Anthony Davis! The Pelicans also saw Jrue Holiday take a big step in the playoffs, and if he can keep it up, the Pelicans can be a dangerous team. It’s also worth noting that in the offseason Julius Randle signed with the Pelicans.

Nikola Jokic, Paul Millsap, and Jamal Murray make the Nuggets very interesting. After barely missing the playoffs, the Nuggets will definitely be hungry for a playoff appearance.

Yeah I know this is high for the Wizards, and yes I know this is biased. The Wizards had a disappointing year last year after losing in the first round to the Toronto Raptors. They lost John Wall for half of the season which definitely affected their record, but the Wizards will bounce back this year. After signing Dwight Howard and having Bradley Beal and John Wall both healthy in the offseason, the Wizards have a chance to have one of the best backcourts in the NBA, which, in turn, could lead to a potential 4 or 5 seed in the Eastern Conference. See, I can be semi-realistic, I didn’t say 2 or 3 seed. Although, if the Wizards have a hot start to the season they will be shooting into the top 10. ¯\_(ツ)_/¯

The Trail Blazers did nothing in the offseason and had a terrible postseason. A 5 or 6 seed at best, and they will be bounced in the first round.

Giannis has to be a MVP favorite, the problem lies in his jump shot and the Bucks’ lack of another star. It’ll be hard for the Bucks to make any type of jump in the East.

I had the Spurs higher until injuries ravaged their guards, so I had to push them down the list to start the season. I do know that Pop always has something up his sleeve, so I can never count them out.

If the Heat get Jimmy Butler they are going to be a lot higher, but talks have stalled for right now, which is why Miami is at 16.

This team is very messed up, and I do not see them making the playoffs.  Nevertheless, if they keep Jimmy Butler, they will be back in the playoffs.

Blake Griffin and Andre Drummond should be looking at a 7 or 8 seed. They don’t really have anything else going for them.

Luka Doncic and Dennis Smith Jr. will be fun to watch for years to come, but as of right now, they are just too young and the West is very packed.

I feel so bad for Kemba.  Charlotte should be looking to trade him because there is absolutely no way he re-signs with them in the offseason. If he does become available, look for the Pistons to be aggressive in acquiring Kemba.

The Cavaliers are going to be the Wolves from 6 years ago, where Kevin Love has crazy stats as the Cavs don’t make the playoffs.

The Clippers need a superstar, this is definitely a rebuild year.

Same old Nets. Maybe Russell can make things interesting for the Nets…. Sorry I couldn’t finish the sentence without laughing.

Lauri Markkanen and Wendell Carter Jr. will be fun to watch, but similar to the Mavericks, they are just way too young to make any noise right now.

Devin Booker and DeAndre Ayton are both good players, but the West is packed, so they won’t make any noise at all.

With Mike Conley coming back, the Grizzles should be better, right? Yes, in theory.  Nonetheless, I just don’t like the way the team is constructed, and I feel like they will struggle.

After re-signing Aaron Gordon and drafting Mo Bamba, the Magic have pieces to build on. This is definitely a rebuilding year.

No Porzingis for the season makes the Knicks a terrible team. They should be looking at developing Kevin Knox and trying to make New York a go-to destination for Kevin Durant next season, as he will be hitting free agency.

Trae Young is going to be electric to watch, and John Collins looked impressive during summer league. They just don’t have enough to be competitive at all this year.

This team is a disaster. That is all.