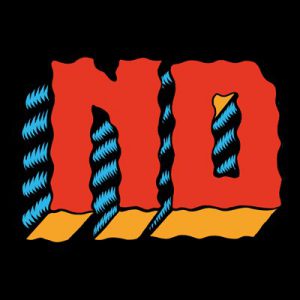 Arriving at the de-sanctified Catholic church that is Mr. Smalls, I could hardly believe I was going to a pop-punk show, as the Church seems antithetical to the MO of punk. As it was my first time at this particular venue, I was eagerly awaiting seeing Welsh pop punk outfit Neck Deep and how this repurposed sanctuary would function as a concert venue. Three pop punk bands supported Neck Deep, Australia’s Stand Atlantic and Trophy Eyes, and the UK’s WSTR, the former of which kicked off the concert. I had heard a few of their songs before and was very excited to see them because they are female fronted, which is uncommon in the scene. They put on a great performance, especially their vocalist; she displayed an incredible vocal range, masterfully hitting high notes and then releasing visceral screams a moment later. Their debut album, Skinny Dipping, is being released on October 26th. Up next was WSTR, who are sonically similar to Neck Deep. Since they had quite a large fanbase in attendance, their energetic set boasted a lot of audience interaction; mosh pits formed at various points throughout their set, and at one point, their frontman stood over the pit and held the mic to some fans, inviting them to sing a portion of the song. Trophy Eyes then took the stage, playing a lot of material from their recently released album, American Dream. During a revealing segment of stage banter, Trophy Eyes’ frontman talked about the creation of the song “More Like You”, saying he wrote it when he was in a place where he hated who he was and wanted to be someone else. Each opener brought a high level of energy, excitement, and intensity to the stage, which Neck Deep had no trouble maintaining .

The production for Neck Deep was beautiful. The intro to their latest full-length album, The Peace and the Panic, played in the background. Anticipation for their arrival was at an all-time high. Smoke engulfed the stage, making it difficult for me to make out anything more than the shapes of the band members. Just as the vocals for “Motion Sickness” came in, lead singer Ben Barlow emerged from the smoke, which was now lit up in a variety of colors. This opening number elicited an uproarious reaction from the crowd and was just the beginning of a wild show. Their show was, as Barlow described, “a rollercoaster of emotion;” it took fans from happy, to sad, from heartbreak, to love, and everywhere in between. Neck Deep has been a large supporter of the charity Hope For The Day for some time now. Their motto is, “It’s ok not to be ok”, which Barlow had the audience chant during their set. He then went on to give a short speech on how important mental health is. This was followed by their rendition of Natalie Imbruglia’s “Torn.” This song was released as a single for a compilation charity album from Hopeless Records. Artists were asked to cover a song that helped them through a hard time. The album, Songs That Saved My Life, is being released on November 9th, and will raise funds for Crisis Text Line, Hope For The Day, The Trevor Project, and To Write Love On Her Arms. Barlow then followed the cover by talking about his own life and giving insight as to why he wrote songs such as
“Candor”, “December”, and “19 Seventy Sumthin’,” which were performed throughout the night. He told the audience that writing songs was a form of therapy both for him, and hopefully the fans. He continued by saying that the songs they write are not just for them, but for us too, and that the meanings of the songs are not only what he believes, but what the fans think as well. He finished off by saying that music is the best therapy and he hopes that their music has helped someone through a difficult time in their life.

Throughout the night, there were a few potential moments that could have stolen the show, but in my opinion the one that was victorious in the end was the pride in everyone’s voices as they sang, as loudly as they could, the lyrics to “Can’t Kick Up the Roots,” resulting in a true display of Pittsburgh pride. The concert ended with Neck Deep’s hit “Where Do We Go When We Go,” a fast-paced song asking tough questions about what happens after we die. Everything fit together so well. The eerie vibes given off in songs on their latest album fit perfectly with Barlow’s twisted facial expressions at certain points. The happier songs off of Life’s Not Out to Get You left room to mosh, jump, and crowd-surf. Prior to the tour, the band had asked fans on twitter to make a set list. Taking this into consideration, they played deeper cuts from their discography, which left fans very happy. Barlow knew where jokes belonged and when it was time to get serious. As they walked off the stage, all I wanted was more, and although that was all they played, I haven’t been able to get “Motion Sickness” and “Where Do We Go When We
Go” out of my head. Neck Deep delivered the energy, the emotion, and the music that made for an overall amazing concert experience.