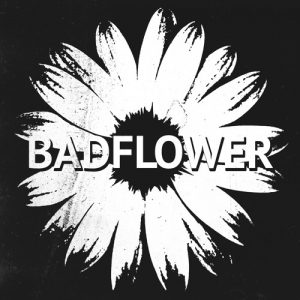 The first song I heard by Badflower, the rock band from LA, was “Heroin.” That song, and those following it, led me to believe that Badflower was a band who had released multiple albums and had toured all over the world. The quality and effortlessness ingrained in their music seems to only suggest a group of veterans. How wrong was I? The four-piece released their first single in 2015, “Soap,” and since then have only released six other songs. They do, however, have a few deeper tracks that can be found on Youtube, but not on services like Spotify or iTunes. Their upcoming album, Ok, I’m Sick, will come out on February 22nd.

Badflower formed when Josh Katz (singer/guitarist) and Joey Morrow (guitarist), who had played music together for quite some time, wrote a few songs together. They brought on Anthony Sonetti (drummer) and Alex Espiritu (bassist) filling out the lineup. Their name came from a conversation between Katz, Morrow, and some family members. The band often jokes about how their name gets misspelled by venues, who change Badflower to Bad Flower. Their first label was Hundred Handed, but they have since moved on to Big Machine Records/John Varvatos Records, with Badflower as the label’s first rock group.

Their most popular song is “Ghost.” The somber tune takes a look into the suicidal brain of an artist. It is four minutes of pure, unrelenting honesty. It tears away at stigma surrounding mental health by talking about it so candidly. The lyrics are raw and unapologetic. The song touches on aspects of suicide, such as leaving loved ones behind. In the chorus, he sings, “Take the blade away from me I am a freak, I am afraid that all the blood escaping me won’t end the pain and I’ll be haunting all the lives that cared for me.” The narrative tells of a person’s struggle with wanting to live or die, knowing that if he does die, it will cause unimaginable pain to those close to him. In the bridge, the pain in his voice is so evident, he sounds as if he is quivering with torment as he sings, “I tried it once again and I think I might black out.” I could talk about this song for hours and all the important aspects of it, but instead I urge you to listen to it and their other music. The feeling and passion emoted in their discography is remarkable.

Badflower is the first band I have heard in awhile that has made me excited for rock music again. They show such promise in the few songs they have released and seem eager for what is to come. Katz’s voice is mesmerizing and makes it impossible to be anywhere else but in the song with the band when you are listening. The inflections in his voice transfix listeners: in “Drop Dead,” the echo of Katz’s voice follows listeners throughout the song, his tone intense and angry. An echo of manic laughter can be heard in the song’s background, almost making fun of the recipient of the song in a sinister way. The echo then takes control of the song, screaming “love me” over and over again in a menacing way. Listening to Badflower is a cathartic experience. They put everything they have into each of their songs and it is so easy to see their passion and dedication to their art.

Badflower is currently on tour with The Wrecks and Deal Casino. Next year they have a tour planned with Nothing More, Of Mice and Men, and Palisades during which they will be in Pittsburgh, at Stage AE, on March 7th. Badflower fills me with anticipation and excitement that I recently have been missing when it comes to music. After listening to their few songs on repeat for almost a year now, I am ready for some new material. The album will feature 13 songs, one of which will be “Ghost.” The other 12 songs are said to be guitar heavy with some slower, ballads. The lyrical aspect, Katz said, will be honest, with no filter, and very emotive. The album art features Katz, whose eyes are hidden behind the text, “Ok, I’m Sick” and with blood dripping from his mouth that forms “Badflower” towards the bottom. February is only just around the corner, and I have high hopes for their debut album.