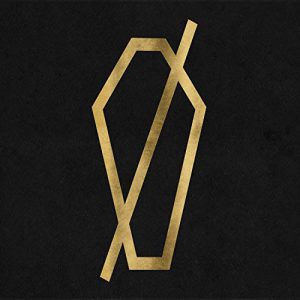 Cemetery Sun is a relatively new band hailing from Sacramento, CA. made up of Josh Doty (lead singer), Austen Butler (drummer), Elliot Polokoff (guitarist/producer), Jesse Mancillas (guitarist), and Matt Scarpello (bassist), The quintet makes music that is a combination of alternative, pop, and rock. Doty said, while discussing the name of their band, “Cemetery Sun is where the darkness meets the light, you might be in a dark place, but you see that light and gravitate towards it.” The five all came from the same music scene, but started making music together in 2013. They had played in various other bands which were primarily heavy metal, post-hardcore, and screamo, but with this project they switched to a less heavy format. Their music crosses genres and has been described as pop-punk, alt-rock, and electro-R&B. After gaining a good amount of local fame, they took to the studio for about a year. The release of their single “Fake Love” caught the attention of Lava Records, where they signed shortly thereafter.

That track, released in 2016, is one of their most popular and cemented them as the band to be on the lookout for. The song is about a bad relationship with little depth. Doty revealed what was going through his mind while creating “Fake Love.” He described it as being part of party culture. People go out at night and get plastered, becoming someone they’re not or someone they’re hiding on the inside, but everything is fake. When they wake up the next day, they want to forget about everything that happened. He was sick of this endless cycle, so he decided to sing about it. Apparently, the song helped inspire the band name and their entire image. The lyrics, “Excuse yourself, amuse yourself, and lose yourself until we come back down to prove that hell is where your heart’s been” are very telling of what Doty described—using partying as a way to have fun and escape, but in reality a person is just hurting themselves and others. Another telling line is, “Hard drugs, fake love; it’s a sensation makes one hell of a collaboration,” again showing the harsh side of the party life and substance excess. Of their eight released songs, “Fake Love” has done the most for them both in terms of image and success.

The third song they recorded, “E.Y.T.Y.K. (Everyone You Thought You Knew)”, was written when Doty was struggling a lot. He said everything and everyone in his life was changing and he could not find himself anymore. The writing came about when he and Butler grabbed a bottle of Jack and drank the night away, providing the lyrics, “I guess I’ll open up this bottle, drink away tomorrow, and pick up where I’m at.” The song shares similar themes with “Fake Love,” as it demonstrates using alcohol to numb one’s problems, but waking up the next morning sober, still in the same situation as before.

The band from the golden state recently hit the road on the Ones To Watch tour with Vinyl Theater and Finish Ticket. They want their fans to find hope in their music and to never give up on themselves or others. Doty claims this is the reason they never quit, because they had each other to believe in and lean on. They released the single “Avalanche” on November 2nd, and rumor has it that an album is in the works. Cemetery Sun has established themselves as a band that refuses to be boxed into one, or even two genres. They have already experimented in punk, alternative, and R&B, showing that they are not afraid to change their sound. This leaves a lot to look forward to on their upcoming album, of which the only news available is that it is coming, no name, no tracklist, no album art, just mystery and anticipation. Cemetery Sun has proven that even though they are a small band, they are a force to be reckoned with.