Monday nights on campus can easily seem monotonous, but that is not the case when you tune into Exhibit: World with DJ Lev and DJ Azim. The tandem brings high quality hip hop with an international focus to WPTS, but on Monday, October 23rd, the DJs went local. Pittsburgh rapper, Linwood came in for a guest DJ session and interview. 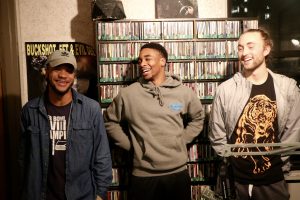 Linwood began by talking with Lev and Azim about his EP Let’s Not Wait Till Summer. The DJs immediately wanted to get some insight into how Linwood writes. He answered, saying that he makes his own beats, and, of course, writes his own lyrics. Azim asked how producing your own beats effects the process. Linwood laughed and answered, saying “I see a lot of people that are dependent sometimes, like, ‘this producer this, this producer that,’ and I can’t relate.” Azim admired his unique approach, self-producing prowess, and non-reliance on others to bring his vision to life. That approach will be showcased even more when “The Elixir” music video drops soon. After the first round of questions, DJ Lev and DJ Azim spun the second track on the Let’s Not Wait Till Summer EP, “Inn.”

After the song, Lev and Azim asked Linwood about his musical influences. Lev cited that he heard some Kid Cudi and Travis Scott influences. Linwood, smiling, remarked, “I like what I like,” and went on to explain that he pulls influences from a lot of music and incorporates anything that resonates with him. Azim wanted to dig deeper into his musical influences, however, and asked what he listened to growing up. He answered, saying that the first rapper he really followed was Lil Wayne. As if that was the answer Azim was looking for, the two excitedly laughed about their mutual love for the artist.

“What I’m talking about, nobody else will be able to imagine unless I put a video to it.”

The DJs later asked Linwood about his song, “Demons,” a song that is teeming with dissonance that sends the listener into a pensive state. The questions about the song elicited a strong emotional reaction. He said that that might be his most creative songs, both in the production and in the writing. He told them, “What I’m talking about, nobody else will be able to imagine unless I put a video to it.” Luckily, we got to hear what the song was about straight from the source.

He reminisced about his time playing keyboards in youth ministry, and a particular retreat that he went to in Michigan. While he was there, connecting with people proved to be a tall order. He acknowledged that he was in a great location, but mentally (and maybe even spiritually), he was in a bad place. This feeling of internal conflict manifests itself in the production and aggressive lyricism of “Demons.” In his own words, during the song, “I’m in a bad place, but a good space.”

Rounding out the EP is the final song, “Elixir,” which harkens back to classic hip-hop, and is full of raw passion and even aggression.

Linwood cited rock influences for the song, which is evident in its energy. He said that when he wrote it, he was angry, and wanted to convey that in the song.

Linwood wanted to freestyle at the end of the segment, and offered to do so. Unfortunately, Azim and Lev ran out of time for their show, and didn’t get to hear it. But don’t be discouraged. Instead, stay tuned. We may get to hear that freestyle on the WPTS airwaves in the future. 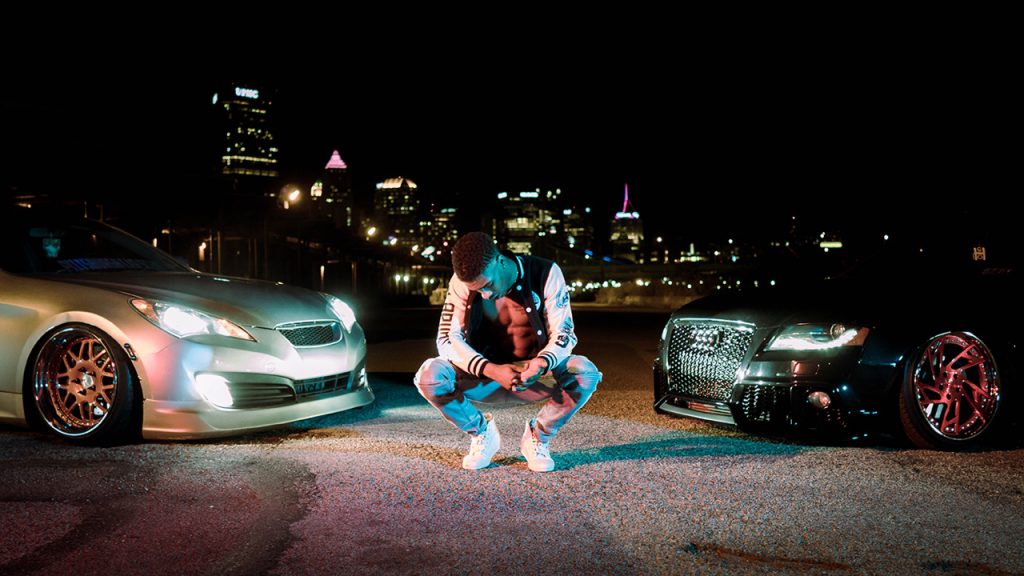