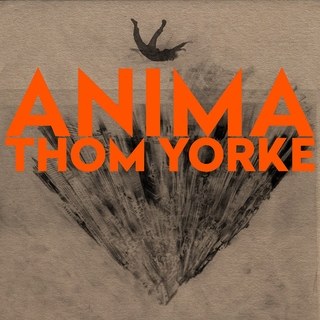 [This week I was rewatching Twin Peaks: The Return with subtitles and the captions for the sound effects were really amusing me, so I decided to use one of them that I thought accurately summed up this album. Nothing but love to David Lynch and Thom Yorke. Not gonna lie, wish Thom played at the Roadhouse but that’s alright.]

The one, the only, the infamous, the arguably presumptuous, the fashionista, the Yoda-indebted, the iconoclastic Mr. Head slaps the music world with a fat slab of modular synthesis and IDM for the masses. In my mind, Anima is the third installment in a series of albums, preceded by Radiohead’s The King of Limbs and Thom’s own sophomore solo record Tomorrow’s Modern Boxes. It’s got the weird drum and vocal loops of the former, paired with the raw, cutting bloops and frenetic rhythms of the latter.

Despite the heady vibe of these prior releases, this album is a fun one. Mr. Head is pushing himself creatively with high spirits all over this puppy, enthusiasm effectively making its way from Thom’s tender buttons to our waiting earholes. Anima is in this “intelligent dance music” domain with a refreshingly equal emphasis on each of the three words (hmmm). Like “I Am A Very Rude Person”? Are you kiddin’ me? This track’s got a low key, trip-hop swagger to it, then Thom flips it in the coda, clipping away at a sonic Moebius strip of the backing guitar line (reminds me of Terry Riley). In fact, the most interesting moments on Anima are those that tailor more typical rock instrumentations for this airtight, somewhat dreary atmosphere Yorke creates. The jazzy drum ‘n’ bass ditty of “Impossible Knots” takes a more traditional sound and launches it into orbit with lush, spacy synths that join the track. “Runawayaway” calls to mind the Amnesiac thinker “Hunting Bears” before it decides to completely fade out the wandering guitar riff in favor of a drum machine shuffle. Overall a lot of familiar sounds here but being used in what seems to me like a totally different light. Despite the adventurous musical spirit flowing throughout, Anima occasionally manages to pack equal parts emotional intensity and sonic wonder into a song. That song is “Dawn Chorus,” a beautifully haunting piece that reminscent of “Motion Picture Soundtrack” or a feeble New Order, stripped of percussion and energy and left to a hollow, introspective core. Likely my favorite on the album, it’s also among Thom’s best musical offerings to us all.

The album has a few tracks that feel like cool experiments but nothing melodically memorable. The second track dons the cinematic hat Thom was rocking all last year for the more classical endeavor of the Suspira OST, though the whole track ends up feeling less playful and more disjointed without drive. Speaking of that track and the word “cinematic,” Yorke has also paired up with longtime Radiohead fan Paul Thomas Anderson to make a “one reelah” for Anima: a fifteen-minute film featuring a few of the album’s songs, Thom walking around, and some really stunning visuals. Definitely worth checking it out. Despite the very few dull moments, this is an excellent album and no doubt a great entry into a veteran musician’s catalog already among the most rich and diverse in modern music.