“On This Day Last Year” by Lay Low Moon – Review 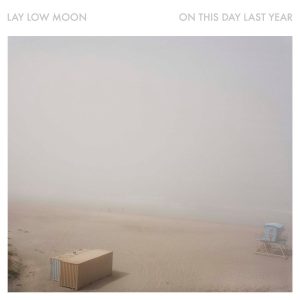 Growing up in a small town in Southern Illinois, there was not all that much for teens to do. There were times that it could feel absolutely stifling, which was a big part of why I wanted to move far away for college. However, when I got my driver’s license, a whole new world opened up. The rows of corn were no longer the prison; they were the escape. I would get in the car, turn on an album, and lose myself in the music and the road. My parents started telling me to watch the time whenever I mentioned “taking the long way home.”

Music was an experience that was enjoyable regardless of what genre it was. I would listen to anything and everything that I could find, expanding my taste dramatically. However, despite the wide variety of albums I listened to, certain albums fit the cornfields perfectly and would beg you to appreciate the sights you drove through as well as the sounds on display. I had always appreciated folk rock, but I never really sought it out. When I first heard Whitney’s Light Upon the Lake, I realized that it made the country roads feel more like home than they ever had. While not my primary listening genre, it has grown to have a special place in my heart.

On This Day Last Year is the full-length debut from Lay Low Moon, a folk rock band comprised of Seán Mckenna and various friends from Boston, Massachusetts. The sound is remarkably full and allows every instrument to be both the star of the show and a supporter of the other instruments. Despite runtimes ranging between 1:05 and 4:50, none of the songs feel too short or too long. They stay long enough to make you care about them without drawing your ire for refusing to leave. In addition, the track listing is organized perfectly. The album constantly builds upon itself without tearing itself down. You step through On This Day Last Year as if it is a series of snapshots of life, something that we can all relate to while still only looking in from the outside.

“Late July” starts off the album perfectly as one of the standouts of the album, despite being the shortest track. Even though it functions as an intro of sorts, it is one of the most enjoyable single tracks as well. The simple instrumentation matches the vocals perfectly and together they are more than the sum of their parts. While each song between is very strong as well, the next standout has to be the midway track “Merideth” with its light piano intro building into a more full instrumentation that still features the keys prominently. Finishing the album is the fantastic “Thru & Thru,” which serves well to bring the album to a close. It matches “Late July” as a short and sweetly sparse piece, which makes the songs feel as a bookends to the story of the album.

Lay Low Moon’s On This Day Last Year starts and finishes brilliantly with strong tracks all the way between. It is extremely impressive that they were able to make such a complete album in their debut.

Final Verdict: When I close my eyes, I feel the familiar bumps and curves of the battered old roads I knew so well, and I feel at home.