Panthers Season Swept Away by Hurricanes, Fall 79-73 in ACC Tournament First Round

In a game with 13 lead changes and seven ties, neither team had a solid hold until the final two minutes when Miami pieced together a 9-0 run after trailing 66-64 with 3:336 to play. The stretch was accentuated by two Panther turnovers and the ‘Canes taking advantage of their trips to the free throw line, finishing with 22 points from the stripe on 28 attempts (78.6%). During what would stand as the game winning stretch, Miami took three trips to the foul line including an and-one of an emphatic slam by senior center Nasir Brooks who would convert the three point play. 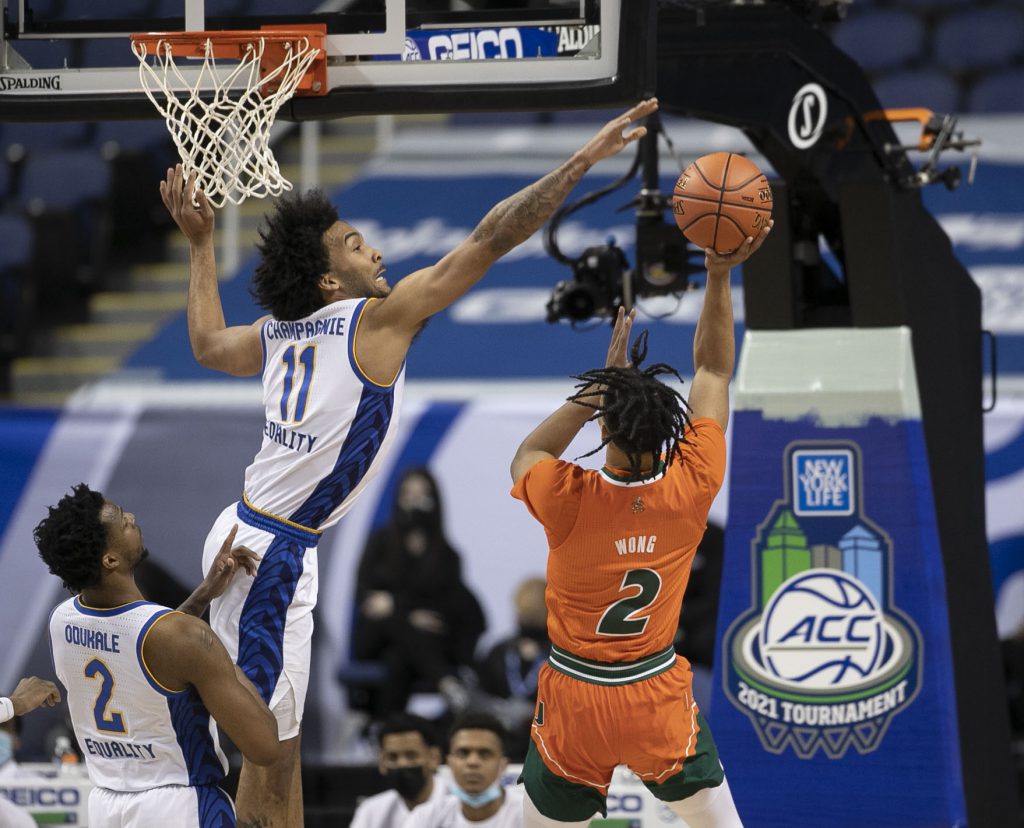 Pitt’s Justin Champagne (11) defends Miami’s Isaiah Wong (2) during the first half on Tuesday, March 9, 2021 during the ACC Tournament at the Greensboro Coliseum in Greensboro, N.C. (ACC)

“They played better than us this afternoon.,” Pitt coach Jeff Capel said postgame. “They were able to score more, and we didn’t do a great job of stopping them. They have a really talented offensive group of guys, and that was on display this afternoon.”

Odukale was particularly effective in driving to the basket, even against the length and physicality of the Hurricane’s Brooks and forward Anthony Walker.

“That’s just a New York thing to me,” the Brooklyn native said. ” I’d go to the park every day and we’d go like try to make lay-ups and just be tough. That’s just something I always had in my game.” 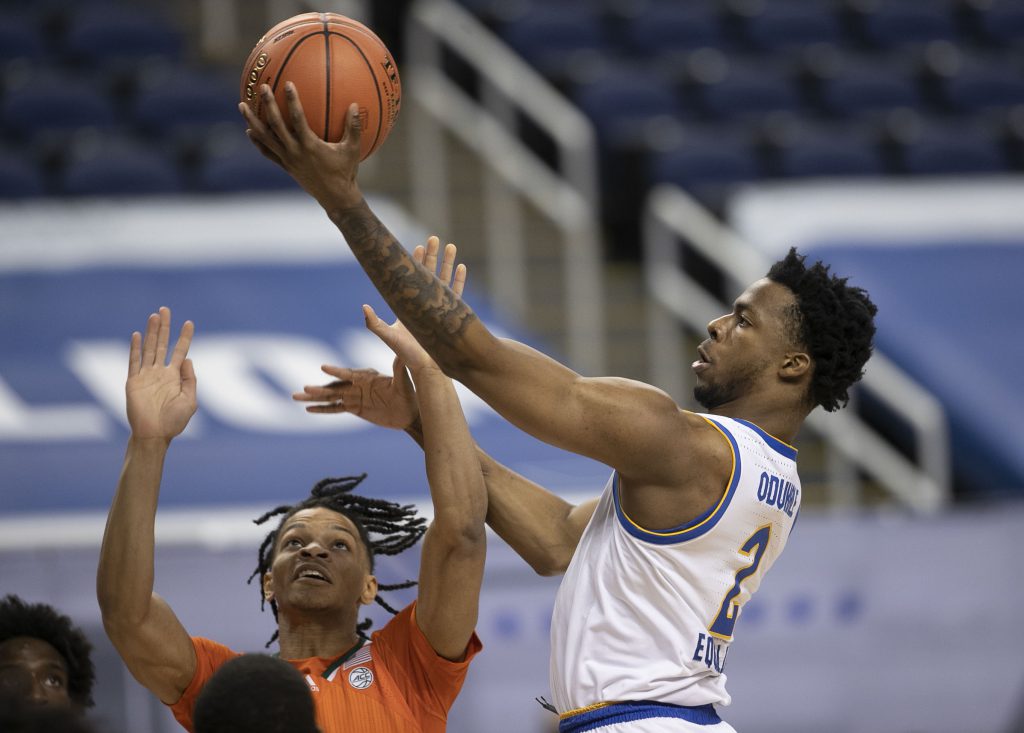 Pitt’s Femi Odukale (2) drives to the basket against Miami’s Isaiah Wong (2) during the first half On Tuesday, March 9, 2021 at the Greensboro Coliseum in Greensboro, N.C.

Capel expressed his gratitude following the loss to his player’s ability to perservere through a season ripe with adversity in COVID-19 protocols and other off-court issues.

This is the first loss in the tournament’s first round in the Panther’s three appearances under coach Jeff Capel. Miami and coach Jim Larrañaga will advance to face #5 Clemson Wednesday, while Pitt while return home and look to build for next season.

Find highlights from WPTS Radio’s live broadcast of the action from Greensboro here.