“Got Work to Do” was the slogan issued by Pitt Men’s Basketball (1-1) across social media in the buildup to their Saturday Matinee clash with another in-state foe in the Drexel Dragons (0-1). That was certainly the case after an 80-70 loss to St. Francis (PA) last Wednesday in which the Panthers allowed 24 turnovers to the Red Flash, just the first time in 30 meetings that SFPA had emerged victorious.

The focus on fundamentally sound basketball preached by Pitt coach Jeff Capel, in his third season at the helm of the program, was instantly recognizable as the Panthers limited their shot selection from deep and focusing on maintaining possession throughout a comfortable 83-74 win over the Dragons at the Petersen Events Center. Pitt went nearly ten minutedswithout a turnover and started hyper-efficient from the field, shooting 10-12 in the same opening time frame. The Panthers finished with 13 turnovers, nine of which came in a much-closer second half, and 31-50 shooting from the field (62%). 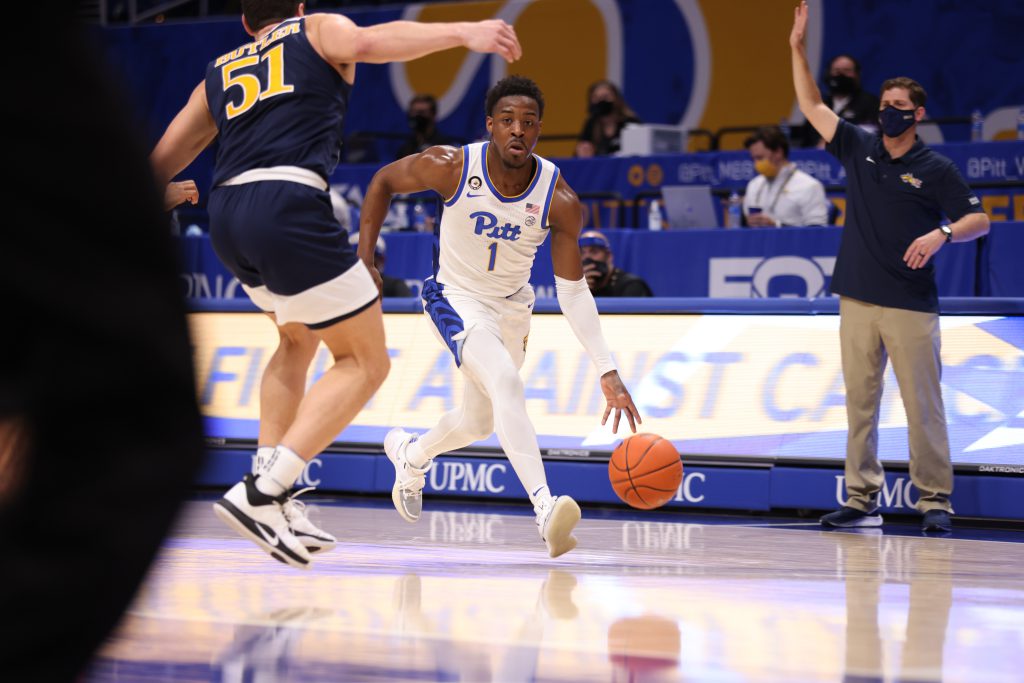 Pitt faced an uphill battle shaking off the mental effect of that disappointing loss last Wednesday with a short week of practice that included the Thanksgiving holiday Thursday. The Panthers program practiced lightly on Thursday, going over their biggest mistakes from the previous day before a double shift Friday, according to junior G/F Au’Diese Toney’s postgame comments to media.

Toney continued his strong start to his junior season with his second straight 20 point performance and was bolstered by much more impactful performances from the other two of Pitt’s core trio junior G Xavier Johnson and sophomore F Justin Champagnie. The three players combined for 66 points, just under 80% of the entire team’s output. Johnson bounced back from a rough night against St. Francis with 27 points, 8 assists, and 6 rebounds while committing just three total turnovers. Johnson shot 9-13 from the field, 3-7 from three point range and was perfect from the free throw line on six attempts. Toney scored 20 himself on 7-11 shooting while adding 4 rebounds and 6 assists, with Champagnie putting up 19 along with leading the team in rebounds with seven. 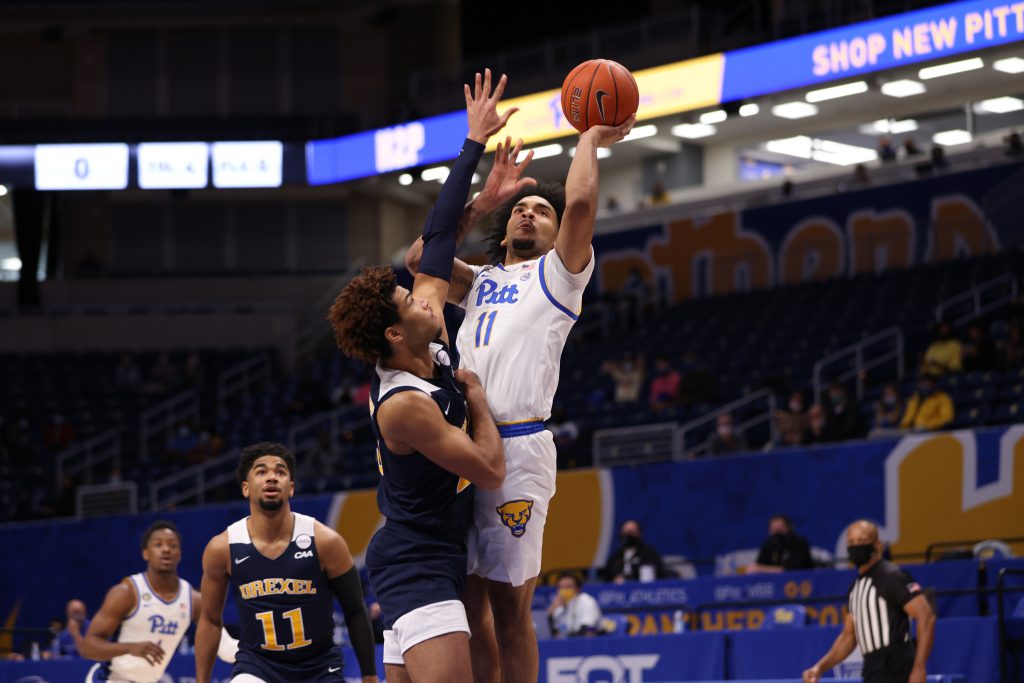 After starting freshman F/C John Hugley last time out, Capel gave a first career start to sophomore big man Abdoul-Karim Coulibaly in the only change to the first five from Wednesday, praising the Malian center’s energy and rebounding — an area that Pitt did again fall short in, getting out-rebounded by Drexel 29-26.

The Panthers have some downtime before their next scheduled game, the road matchup with Northwestern in the ACC-B1G Challenge Dec. 9, but Capel did confirm the team is still trying to confirm a fifth and final non-conference matchup in the near future. For now, Pitt will return to action at the Petersen Events Center hosting Gardner Webb on Dec. 12.