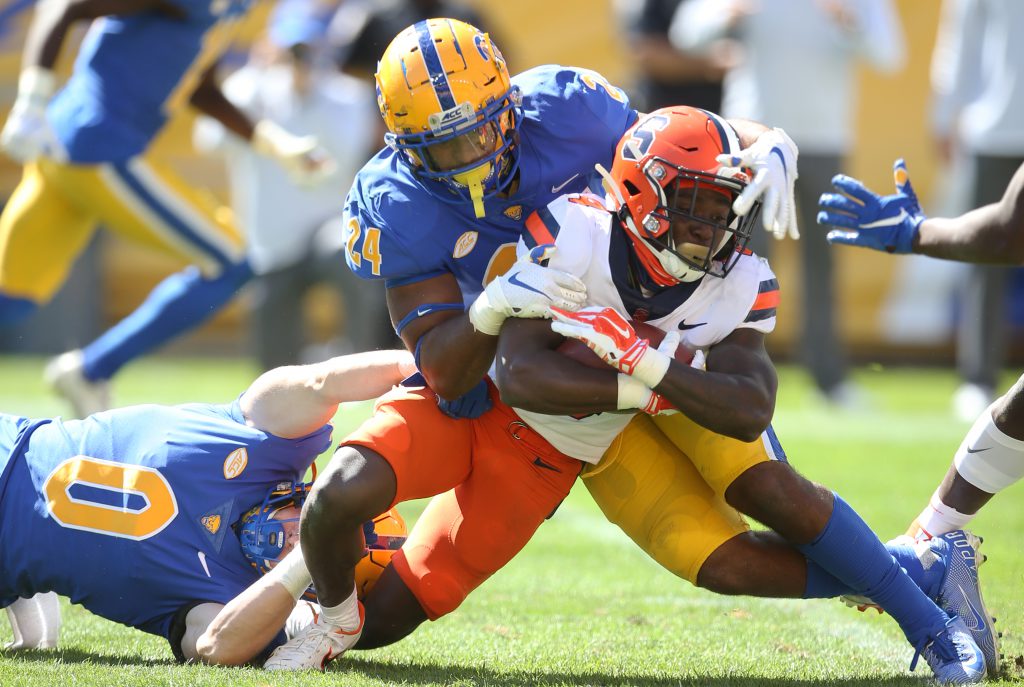 A couple of early miscues had the Panthers behind the eight ball in the first half, but a strong defensive effort spearheaded by RS SR Rashad Weaver was vital in helping the Panthers emerge victorious in their second straight game to start the 2020 season. Weaver finished the game with 2 sacks and 7 tackles, continuing his impressive start coming off a missed 2019 campaign due to a torn ACL by being named Walter Camp Defensive Player of the Week.

Other contributors on the defensive side included RS JR Paris Ford, who had an interception, and RS FR Calijah Kancey who was a key contributor to the pass rush who picked up 1.5 sacks as well as 2.5 tackles for a loss.

Besides a 69-yard strike to Syracuse wide receiver Taj Harris, the Pitt defense did an outstanding job of limiting Syracuse’s offense, as the Orange finished the day with a mere 171 total yards. The Panther defense also had an impressive 7 sacks to go along with 13 tackles behind the line of scrimmage. 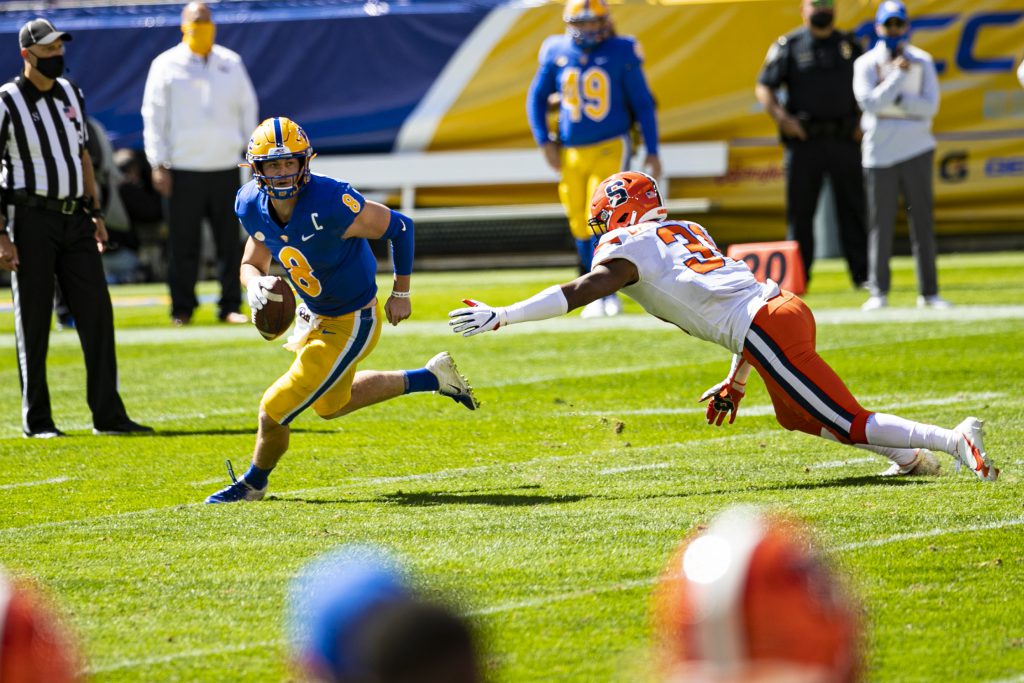 On the offensive side of the ball, quarterback Kenny Pickett had a solid day through the air, completing 25 of 36 passes for 215 yards and 2 touchdowns. An early miscommunication on a backwards pass intended for running back Vincent Davis set up Syracuse’s first 3 points of the game, but Pickett and the offense rebounded nicely, racking up 342 total yards and 21 points.

SO Wide receiver Jared Wayne was the Panthers’ leading pass catcher on the day, finishing with 5 catches for 59 yards including a 17-yard touchdown reception in the third quarter. Fellow wideouts FR Jordan Addison and RS SR DJ Turner also finished with over 45 yards receiving.

Next up for the Panthers is the no. 21 Louisville Cardinals, who dropped to 0-1 in ACC play after a home loss to then-no. 17 Miami. That Sept. 26 game will be another noon kickoff from Heinz Field, with pregame coverage beginning at 11:30am on WPTS Radio 92.1 FM, online at wptsradio.org/listen.