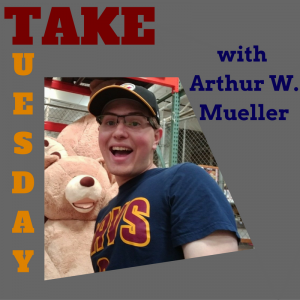 Last week, Pitt lost to Syracuse by a score of 27-24. This week, Clemson lost to Syracuse by a score of 27-24. Both games took place in the Carrier Dome and in both games the losing team lost their starting quarterback to injury. This means that Pitt is equal to Clemson. While this is a bit of a step back from last season when Pitt beat Clemson 43-42 on the road, it’s good to know that Pitt hasn’t fallen very far despite having so many new players this season.

The US will not be in Russia for the 2018 World Cup. They were eliminated from World Cup contention last Tuesday with a 2-1 loss to Trinidad & Tobago combined with Honduras beating Mexico 3-2 and Panama beating Costa Rica 2-1. Most fans would be dismayed that the perfect scenario across three different games occurred to knock the United States out of World Cup qualifying. I’m not mad though. People complain about Universities not preparing students for the modern world, but nobody could prepare me for the USMNT better than Pitt athletics. You can’t fall short of expectations if you don’t start with any expectations. It’s just weird that Bruce Arena would resign instead of leaving for a different country.

One of the biggest annual traditions in college football is coaches and fan bases of teams getting upset at ESPN and the national media. Typically, they’re mad because the media isn’t talking about their team enough, their games aren’t being broadcast to enough people on tv, and they just aren’t getting enough respect. The exception is Alabama coach Nick Saban, who called the media “rat poison” for saying a bunch of good things about his team.
Currently, the biggest us vs. the media narrative is Washington coach Chris Petersen’s feud with ESPN. Petersen is mad because Washington has to play a lot of night games. Chris Petersen should stop complaining and focus on something he didn’t do this week: winning football games. I get it, it sucks having to play your games at the same time every week. It’s also something that many teams have to do. The only Pitt game this season that kicked off after 12:30 was the week two game against Penn State. It sucks for fans attending the game, but college football isn’t scheduled around fans attending games. It is scheduled for fans watching on television, because that is where the money is. Chris Petersen makes more than four million dollars a year to coach football at Washington. This is possible because Washington received approximately 28 million dollars from the PAC 12 conference last year, much of it through the fees paid by networks to broadcast games. Someone has to play the 10:30pm games and there are only so many teams in the Pacific time zone. When the networks pay the bills, the networks get to call the shots. If Chris Petersen wants to coach somewhere where that isn’t the case he can do that; he just won’t make four million dollars a year doing it.

There was a lot of chaos this week in college football. Four top ten teams lost. Five top ten teams didn’t lose because they won the games they played. One team continued a season long trend of taking the easy way out. Penn State didn’t even play a game. Seems like a weak move, especially after they started their season with six consecutive games against Akron.

Speaking of Penn State, Saquon Barkley is currently among the front runners for the Heisman. I think that there is another candidate who is even more deserving: the fans. Georgia is currently 7-0 and they’re one of the best teams in the country, but they wouldn’t be here without the tremendous performance of their fans in week two against Notre Dame. Thousands of Georgia fans descended on South Bend to support their team. Georgia only won by one point, 20-19. Who knows how the game would have turned out if it weren’t for the Georgia fans.

This week, Rutgers won their first conference game in two years. If they can do that, you can do anything. Have a great week. I believe in you!