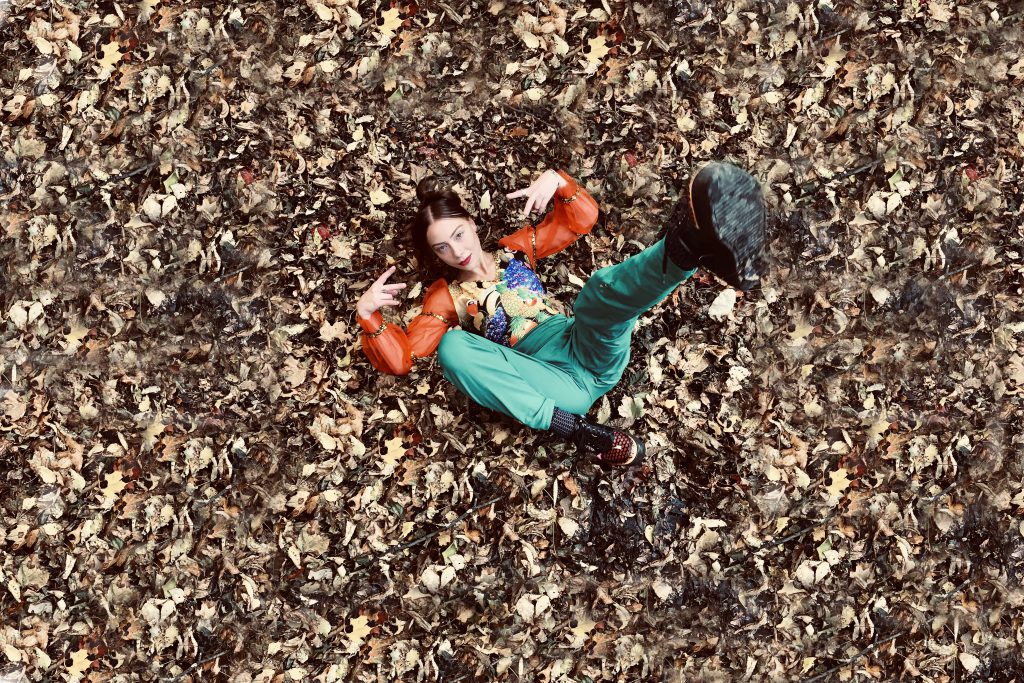 Princess Nostalgia in some leaves

This review is brought to you by

The Pittsburgh local music scene is underrated and scattered with hidden gems in terms of its musicians and Princess Nostalgia is one of those hidden gems. I’ll admit that I never got too into her music before, but after seeing her perform on live show I have become hooked on her music. Princess Nostalgia’s music is fascinating and ethereal, her voice is a soothing addition to the unique synth pop beats in the instrumentals of her songs. In terms of her visual performance she oozes confidence without ego in both her voice and the uninhibited way that she dances, lost in the music while she sings.

Princess Nostalgia’s music is fascinating and ethereal, her voice is a soothing addition to the unique synth pop beats in the instrumentals of her songs.

The songs themselves are very catchy and engaging. During each song I couldn’t help but begin to dance along to the beat much like the artist was, especially during her performance of “Let It Spin”, which has a keen ability to get stuck in your head for ages. Princess Nostalgia’s lyrics in her self named song, “Princess Nostalgia”, have you hooked on every word as she sings about how she wants to better herself in her own life. Overall Princess Nostalgia is a gem for people who like pop and synth pop songs that don’t lose their charm with each replay.

You can check out Princess Nostalgia’s music on Soundcloud and tune into WPTS Radio for Live Show every Wednesday at 9 pm on www.wptsradio.org, RadioFX, or 92.1FM Pittsburgh.