Protomartyr’s No Passion or da All Technique fo Today? – Review 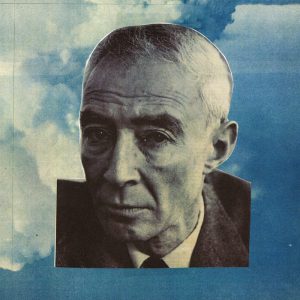 Originally released on Urinal Cake Records, Protomartyr’s 2012 debut album, No Passion All Technique, was reissued earlier this month on Domino Records. The Motor City post-punk quartet delivers an extremely tight and catchy exercise in the genre that lays a convincing groundwork for the art-punk sound they have since evolved into. With less-than-perfect recording quality, passionate vocals, and sexy guitar riffs throughout, Protomartyr quickly establish themselves as one of the major contenders in current post-punk.

Throughout the record, vocalist Joe Casey continually hammers home the main message that the world has gone down the toilet and the only person you can truly rely on is yourself. My favorite song from the record, “Ypsilanti,” acts as the thesis statement here, with extensive references to a psychological study performed on three mental patients with delusions that they were Jesus Christ (published 1964; Three Christs of Ypsilanti). Through these allusions, Casey flexes his literary knowledge to reinforce that he only wants to “be me all my life.”

Most great punk and post-punk acts are angry about something. The Dead Kennedys were upset with the government, Bikini Kill protested gender inequality, and Black Flag was angry about… everything. In No Passion All Technique, Protomartyr is no exception to the rule. They channeled their frustration with our crumbling world into passionate, catchy musical statements.

Overall, the high points on this album rank with that of the biggest names in post-punk, while the low points were rather plain. No Passion All Technique is essential listening for any fans of the band and post-punk in general.

Now, excuse me while I go visit Jumbo’s, Zeidman’s, and every other Detroit point of interest that they mentioned in this record…