Here’s how day one went:

Day One: Friday, September 14
The gates opened around 11 am, and as we arrived, the sounds of “My Heart Will Go On” played poorly on the recorder. Given Riot Fest’s Twitter brand of being playfully sarcastic, I honestly wasn’t even surprised.

We entered the park, and since the first performance wasn’t until 1pm, we took our time wandering around the park, checking out where we’d agreed to spend our weekend. 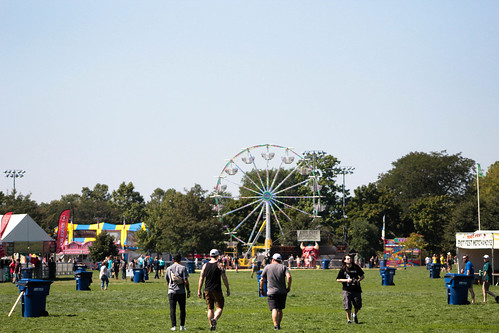 Douglas Park before the majority of the crowd has arrived.

At around 12:45, we headed over to the Roots Stage to see Speedy Ortiz. Already, a crowd had formed in front of the stage in anticipation of the first official set of Riot Fest 2018. 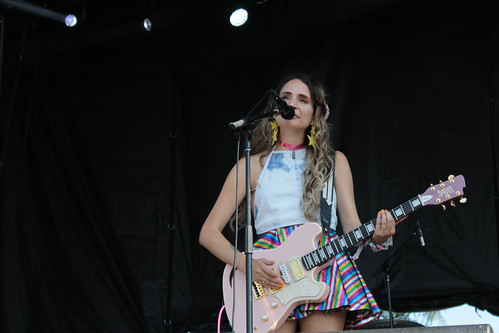 Although I had never listened to Speedy Ortiz, I had heard plenty of good things, so I was excited to see them play. For playing so early in the day, they definitely brought the energy needed to start the fest off right. I’d definitely recommend seeing them to anyone who has the chance. 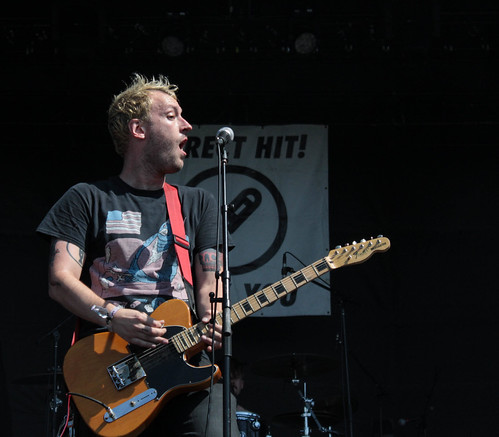 As Speedy Ortiz finished up, the crowd shuffled over to the Riot Stage, right next door, for Direct Hit!’s set. Having seen them the previous night, I knew we were in for a good time! The band brought a lot of energy, and their set seemed to fly by. I had only realized their entire 30 minutes had gone by when they played the opening riff of Lit’s “My Own Worst Enemy,” then shouted “F*ck you!” as they had the previous night to end their set. An interesting tactic for sure, but it certainly caught everyone’s attention. 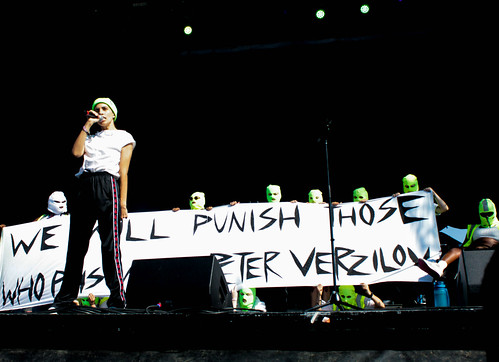 Up next on our schedule was Pussy Riot, who we had seen this past May at Hangout Festival. Many were unsure if Pussy Riot would still be appearing, due to the recent poisoning of Peter Verzilov. However, it’s times like these that Pussy Riot steps up, instead of backing down. They appeared on stage with a banner stating “We will punish those who poisoned Peter Verzilov.” Pussy Riot performed a few songs, before a break to play the recorded track of 25 facts about wealth inequality that they opened with at Hangout. The set ended with the following speech by Nadya Tolokonnikova, also posted to the collective’s Twitter account after the show.

After Pussy Riot, I headed over to see Sum 41. Having grown up listening to Sum 41, it was cool to finally hear some of their hits live. For being 38, Deryck Whibley still knows how to bring the party to the stage. From his stage presence, you definitely would never think that it’s been over 17 years since the release of All Killer, No Filler. 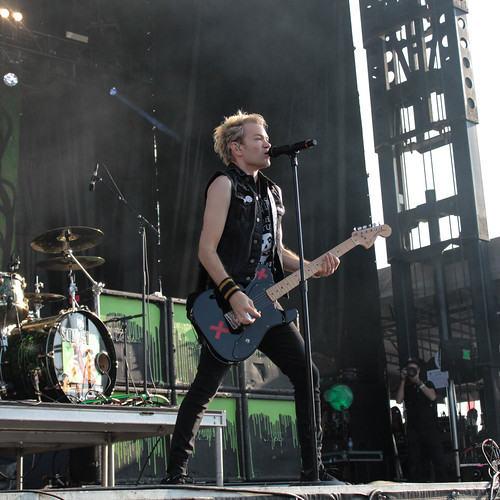 The last three bands of Day One that I got to see were Matt+Kim, Taking Back Sunday, and Weezer. 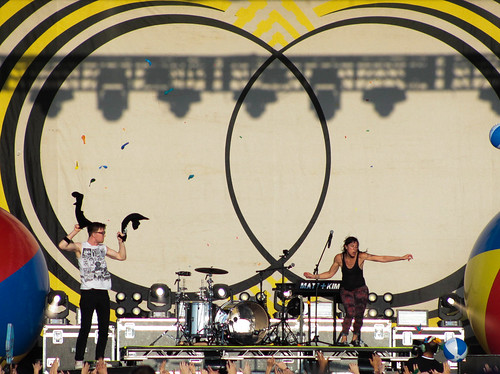 Matt+Kim were definitely the most energetic band I saw that day, which is a significant achievement given that any other day that title would have easily gone to Pussy Riot. Dancing around the stage and throwing t-shirts into the crowd, Matt+Kim brought the party to the main stage, making certain that even those who only know them for “Daylight,” or were only there to get a good spot for Young the Giant, enjoyed the hour they had together. 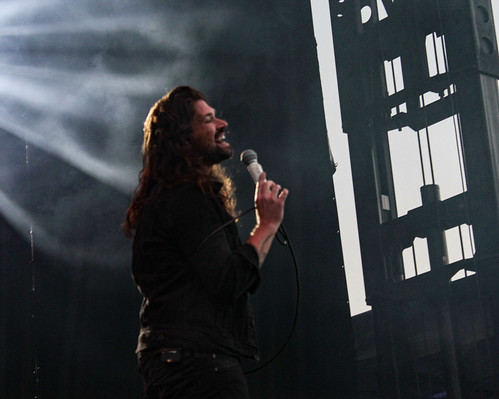 Adam Lazzara of Taking Back Sunday

As the sun began to set, Taking Back Sunday took the stage. Having seen Taking Back Sunday 5 times previously, I can say this definitely wasn’t my favorite set of theirs. Honestly though, this wasn’t entirely their fault. They only had an hour on stage, meaning there was only time for the hits. Regardless, it was cool to see a favorite band of mine play to a huge crowd, and to be taking pictures in the photo pit while they played “Cute Without the ‘E’ (Cut from the Team).” 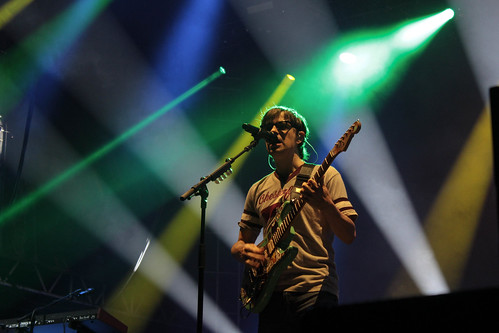 The final band of the day was Weezer, the replacement band for Blink-182 who had to cancel their appearance at the festival, as well as their fall tour, due to drummer Travis Barker’s ongoing medical complications. To make up for it, Weezer played a cover of “All the Small Things” towards the end of their set (also covered by Young the Giant who played right before them). Weezer covered a lot of songs that night. In addition to Blink, they also covered “Take On Me,” as well as The Turtles’ “Happy Together,” sneaking in a section of Green Day’s “Longview” in the middle of the song. Of course, the band also performed their cover of “Africa” by Toto. Weezer ended their set, and therefore day one of Riot Fest, with a cover of Black Sabbath’s “Paranoid.”

See all the pictures from Day One of Riot Fest below: