High Expectations and “Ruthless” by The Moth & the Flame – Review 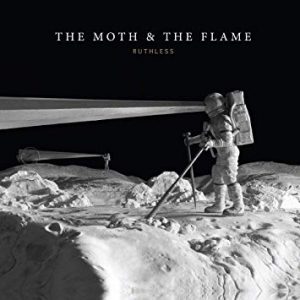 Young & Unafraid, the 2016 release from The Moth & the Flame, is one of my all time favorite albums. It has an incredibly lush sound, powerful vocals, and impressive songwriting. It balances on the edge with songs that make you think while still being ones that you can love without any thought at all. To top it all off, it has an exceptional album cover of a black and white image of an astronaut superimposed with the band and album names in a small gold font. The cover manages to relate directly to the lyrical content and musical style while also being aesthetically fantastic. Three years later, The Moth & the Flame have returned with one of my most anticipated albums of the year.

Ruthless is the Utah band’s sophomore release and the band has been through a lot in the time between. In December of 2016, lead singer, Brandon Robbins, underwent a kidney transplant surgery as a donor for Corey Fox. Fox was the founder of Velour, an all-ages venue in Provo, Utah that served as the center for the music scene in the area. The surgery was successful, but it meant that the band had to go on hold until Robbins had recovered enough to continue songwriting sessions. Writing for Ruthless took place in a converted church with stripped back instrumentation so that the music could be defined by the emotions from all of the band’s experiences. The album grapples with the journey of depression and anxiety, through both the low points and the high points.

We really wanted to take people through that journey in as honest of a way as possible but also without necessarily making other people depressed.

Saying that I was excited for The Moth & the Flame is a massive understatement. The day that the album was announced, alongside the release of “New Great Depression,” I created a PledgeMusic account and preordered it. I had never preordered an album before, and I had never preordered a piece of media more than a week in advance, yet I was willing to order four months ahead this time. I penciled it in as my favorite of 2019 and started wondering where it would fall on my all time list. All this is to say that I have never been more invested in any piece of art more than I was for Ruthless. Unfortunately, the hype proved to be a big detractor.

To put it simply, Ruthless is not the best album ever released, assuming that any album ever could be. Even if it was though, it probably wouldn’t have lived up to the version I had built up in my mind. As unfair as it is to a band who put in so much work, I was disappointed the first few times I heard the album. I don’t believe in the sophomore slump for artists, especially given the time between the two releases in this case, but I definitely believe that it is difficult to follow up an exceptional album purely because of the heightened expectations for the project immediately afterwards. Even believing this, I let myself fall into the trap. Luckily, I was able to recognize what had happened, and I decided not to give up on the album. 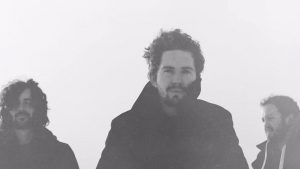 Despite my initial sour reception, Ruthless has been steadily growing on me. As I peel away the shell of predictions, more and more of the quality underneath has shone through. All of the aspects that made me love Young & Unafraid are present here and are just as strong now as they were three years ago. The vocals are still intense and serve as the perfect vehicle for the lyrical message overtop the stellar instrumentation. In fact, stellar is the best description for the entirety of the band as it refers not only to the quality of the music but also to the interstellar aesthetic that The Moth & the Flame have built around themselves. The lunar setting is a brilliant visualization of the darkly cinematic soundscape in which every piece of every song is intricately woven to craft an atmosphere that is both crushing and comforting. It is another aspect of the dedication to “appreciating the struggle and just being honest with people.”

This album serves as a reminder to me about the dangers of being overly excited for a new release. It is good to look forward to something and to support the bands that you are a fan of, but it is important to prevent yourself from reaching the extreme version of that. Doing so only sets an unreachable mark that results in a disappointment, even when the end product is of a high quality. Thankfully, I was able to overcome the barrier this time and didn’t let an exceptional album pass me by.

Final Thoughts: While Ruthless was hurt by unrealistic expectations, it is nevertheless a very very good album.