Series Review | I Am Not Okay With This

The Quick Take: A coming-of-age tale about teen angst; a superhero origin story without the heroics. 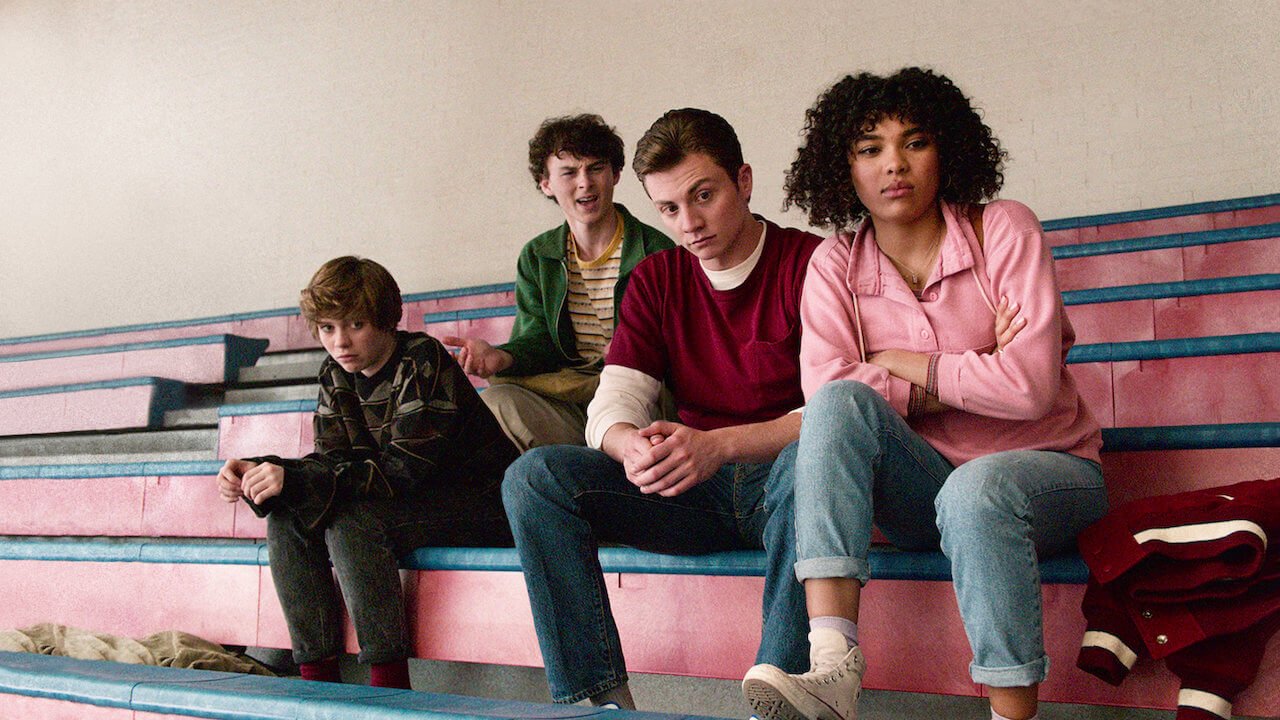 (From left to right) Sofia Lillis as Sydney, Wyatt Oleff as Stanley, Richard Ellis as Brad, and Sofia Bryant as Dina

I didn’t go into expecting much. I have gotten a little tired of films and programs of this variety, whether they feature teenage girls or young naïve boys, but I suppose studios know this sub-genre is successful and so they will not stop anytime soon. I haven’t read the comic book that it is based on, so I can’t appreciate it on that level. Still, despite some issues I enjoyed this more than I expected I would.

The basic plot is like a superhero origin story but without the heroics. Imagine the early scenes of Spider-Man or Superman where Peter or Clark are just getting used to their newly discovered power, but there is no upside. There is also more focus on the usual teen problems, echoing Carrie and Teeth.

Sophia Lillis plays the protagonist Sydney who has recently moved to a small Pennsylvania town with her family. Her father killed himself, which has left her scarred, and she isn’t on good terms with her mother. When the one friend she has begins dating a jock she despises she gets angry and magically causes his nose to bleed, beginning a series of bizarre events that cause her life to spin further out of control.

At times, I Am Not Okay With This is a bit too cute and quirky for its own good and while attempts are made to flesh out some characters, others come off as crude stereotypes. Sophia Lillis makes Sydney into an endearing person even though on paper she could easily seem like a teen movie cliché. The voice over narration at times adds to the overly cute feeling it has, although I did laugh out loud a few times, especially when she mocked her guidance counselor’s manner of speaking. As Stanley, the local hipster nerd with a crush on Sydney, Wyatt Oleff manages to be likeable, making the viewer cheer for his character even though he is also a bit of a loser and completely inept. Aidan Wojtak-Hissong, the youngest member of the cast, plays Sydney’s younger brother Liam. Refreshingly,  their scenes together show a brother and sister with a loving relationship, and not one finds them arguing about petty issues. Sofia Bryant and Richard Ellis seem to be stuck in the roles of the stereotypical popular guy and girl. Brad seems like a cartoonish jock that I couldn’t quite believe, and while Dina is intended to be more likeable, she seems too often like a shallow party girl.

The show is basically a coming-of-age tale about teen angst, and covers the same territory that a John Hughes film might cover. The scenes of her coping with her newfound powers arguably represents a story about a teenager dealing with mental and emotional anguish at a rough time in her life. Her powers only work when she is angry or sad or scared, and she has no control over her emotions or her abilities, causing unintentional, and irreversible, consequences.

WPTS News got a chance to talk to actors Sophia Bryant and Richard Ellis about their experiences filming this show. Check out the full interview here!