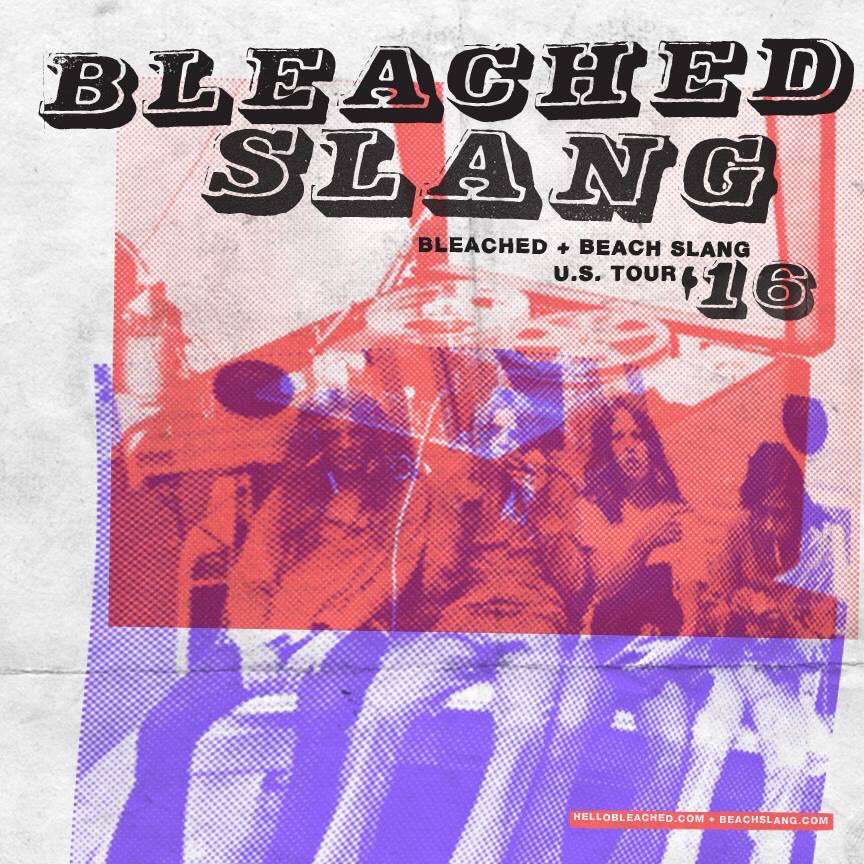 Beach Slang is a band from Philadelphia currently on tour after releasing their new album “A Loud Bash of Teenage Feelings”. However, due to issues within the band, the lineup consists of only their singer/guitarist James Alex. Regardless of the lack of drums or bass, he still managed to deliver on a loud show full of energy. He managed to play a wide variety of songs, including covers from other bands. “If there’s anything you want to hear, just shout it out! I want to make sure you’ve gotten your money’s worth.” These covers spanned anywhere from The Smiths with “There is a Light that Never Goes Out” to the Pixies with “Where is My Mind?” He even let an audience member join him up on stage, along with Beach Slang bassist Ed McNulty for his final song a cover of “Bastards of Young” by the Replacements after asking if anybody knew the drum parts.

Following up Beach Slang was Bleached, a band from Los Angeles formed by sisters Jennifer and Jessica Clavin. Keeping up with the volume of Beach Slang’s set, the band were energetic and eager to please their fans. At one point Jessica even pushed her microphone towards the crowd, letting them join in singing along. Performing a wide array from hits, even including a song that they said hasn’t been performed in three years. They even played a new song, teasing that they have a new release planned for “maybe March”.

Overall the two bands were great and were an excellent line up for a very energetic show. Both are obviously very passionate about their music, as it showed on stage, and are eager to please as many fans as they can. Both bands proclaimed that Pittsburgh has been a great city and that they’d like to return as soon as they can, and when they do you should be lining up at the door.