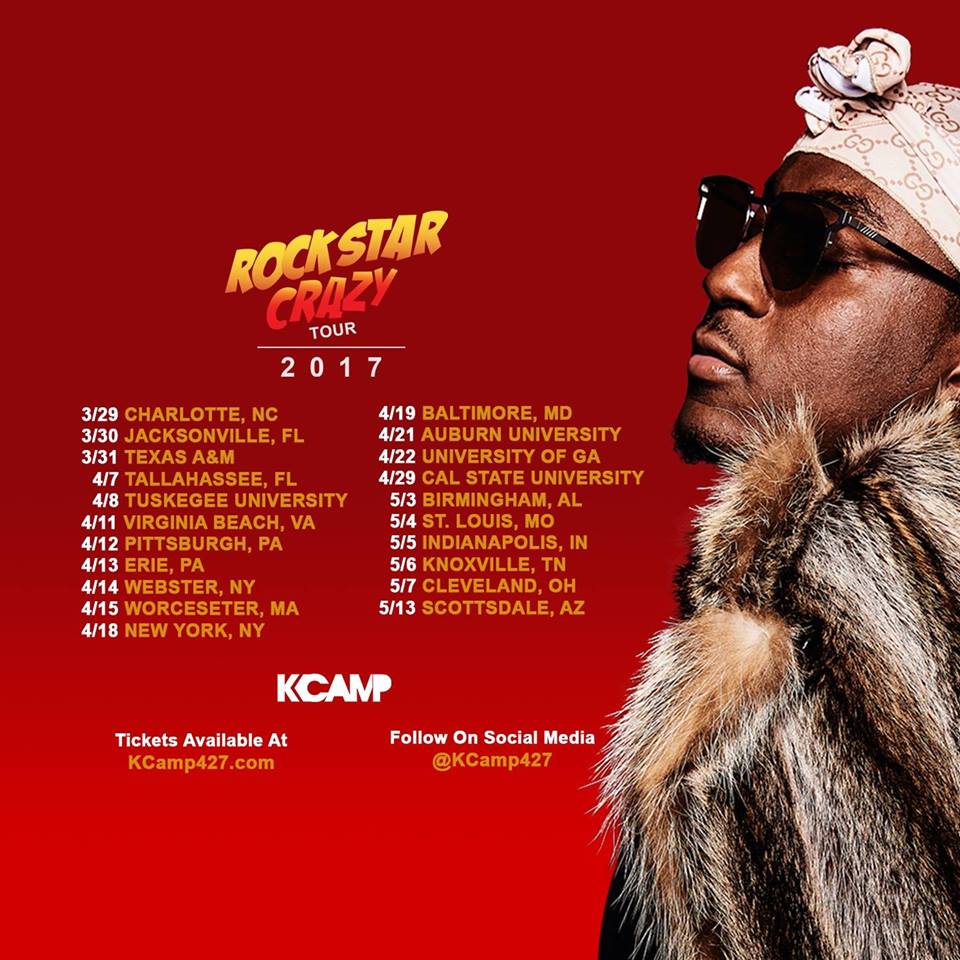 On Wednesday, April 12th, WPTS Radio hosted a co-present with Big Bash Entertainment at Diesel Club and Lounge. The show opened with local rapper Izzy Strange and his friends performing a few original songs. The audience was mostly unresponsive, as the club was still filling up, but there were people milling around talking and dancing. His style was very close to classic rap, with hard hitting beats and aggressive lyrics. Some of his songs had melodies mixed with riffs from electric guitars, which gave a softer, more unique edge to a stereotypically straightforward genre. Toward the end of his set, he had his friend Kayla come onto stage to sing backup for his song “Real Love,” which he, ironically, described as being about fake love. He received a well-deserved round of applause.

After the show, I went to talk to him. He was a really nice, very chill guy. We took a picture together and his agent gave me his card. After Izzy Strange, another rap artist named Chorus came onto the stage. His style deviated from classical rap by adding more instrumental accompaniment. Though his lyrics were as aggressive as Izzy Strange’s, their theme was a lot softer. The last song of his set was dedicated to his cousin Jay, who passed away a month before the show. He appeared very emotional while rapping it, and ended the show on a sadder note. By this point, the audience was writhing with anticipation for K-Camp. However, they had a bit longer to wait. DJ Genius, the official DJ for K Camp came onto the stage to pump the audience up with well-known hits from popular artists like Drake, Big Sean, and Nicki Minaj. He then recorded a promotional video with the audience, prompting them to “get hype” and dance wildly. The audience formed a very energetic circle, singing and dancing along to the music. DJ Genius also brought guest rapper G Rivers in to rap to a song before hyping the audience up for K Camp. When K Camp came onto the stage, the audience went absolutely wild. The lasers were almost blinding, flashing wildly in all directions, but the audience didn’t seem to mind. K Camp and G River brought bottles of water and sprayed them onto the audience, prompting screams and a collective movement backwards. Both K Camp and G Rivers were clad in merchandise from Metallica and Outkast. They danced around the stage energetically, pumping the audience up as K Camp rapped, and occasionally prompting the audience to raise their middle fingers if they didn’t care about anything. The energy level of everyone was high. There were often pauses in the music where there were opportunities for the audience to fill in words and sing along. Towards the middle of the set, K Camp slowed down the music and began to rap about things that were more relevant to his life. Instead of talking about partying or women, he talked more about things that were happening in his life and how they made him feel. The audience put their hands up and swayed to the music as K Camp almost crooned his lyrics. “S**t gets better with time,” he emphasized. People were flashing the lights from their cell phones and seemed to empathize with what he was saying. After that song, he pumped up the crowd again with another energetic song to get them jumping. The event lasted until 11:30 PM.