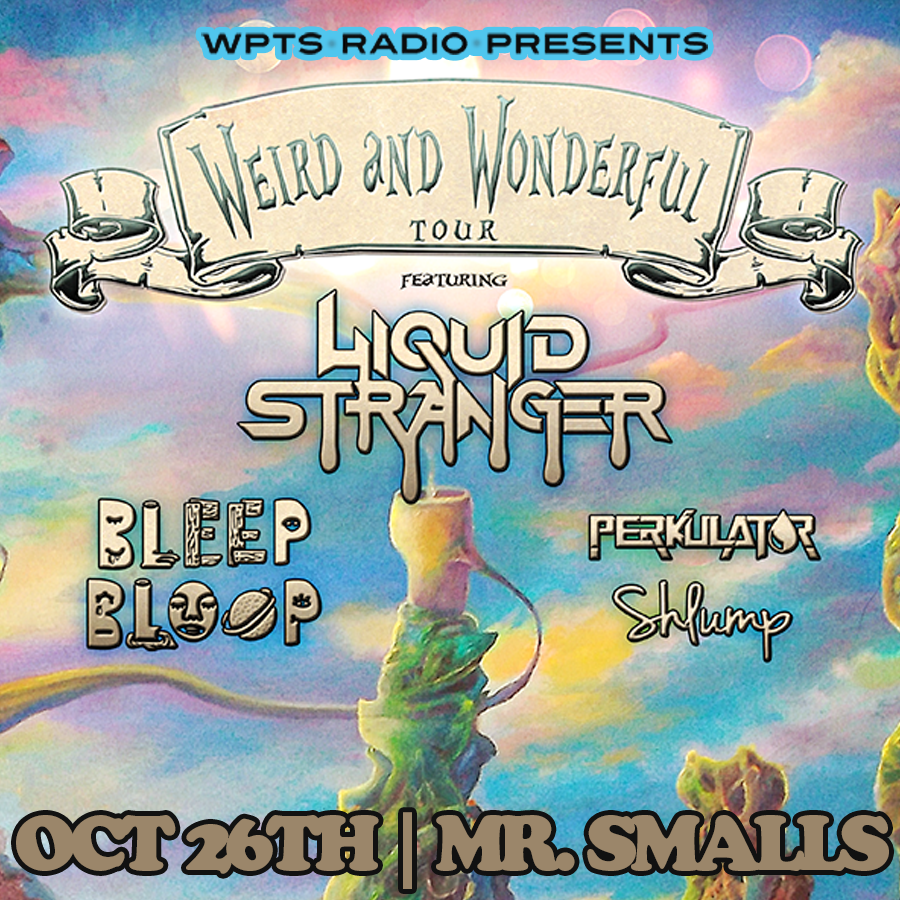 Wednesday night Liquid Stranger performed at Mr. Smalls as part of his “Weird and Wonderful Tour”. Presented by Wakaan, Liquid Stranger’s own label, the show was a highly anticipated event for the bass head community as the label has gained a reputation for releasing some of the most innovative heavy bass music. It did not disappoint – it was lit. The show began with a performances by Shlump and Perkalat0r. Each drew a sizable crowd for opening acts and were live mixing the whole time.

The night continued but an exceptional, alien performance by Bleep Bloop. The venue filled up as he began his performance and the whole crowd did stop dancing the whole set. He was very successful at having innovative drops that varied in their degree of intensity, artfully using pause and unique sounds that kept you guessing but also kept your booty moving. All this while live mixing more than any of the other acts of the night. The set include crowd favorites such as “ASAPM’S”, a collaboration he did with G Jones, and a cover of Bassnectar’s “Bass Head.” He also played a few new songs with fresh new sounds of their own. Despite his light show only consisting of white lights, they really complimented the music and were used interesting ways as well.

After Bleep Bloop got the crowd ready, Liquid Stranger took the stage with a much more developed light show. He began his set by taking requests from the crowd via twitter. Fans at that up and were sending him requests for the first half hour of the set as he played as many as he could, which was pretty cool. The requests made the beginning of his set feel a little disjointed but it didn’t matter because the crowd loved having that input. As he continued his set mixing as he wanted to, it felt much more fluid as well. His set was heavy and hard hitting but lacked the constant attention to minute details that Bleep Bloop’s sound is marked by, but by no means did Liquid Stranger put on a bad performance. The highlight of his set when he played a collaboration he did with Space Jesus, “Space Boss.”

The last 20 minutes or so of the show all four performers took the stage together to mix up a wild finale. Each took turns mixing, with Perkalt0r and Bleep Bloop each having some really impressive moments on the board. The group continued the night of iconic Wakaan songs by playing “Ransacked 2” and “Fuck What You Heard.” Overall, the event was bass head heaven and showcased the level of innovation and influence Wakaan has on the scene of experimental bass music.