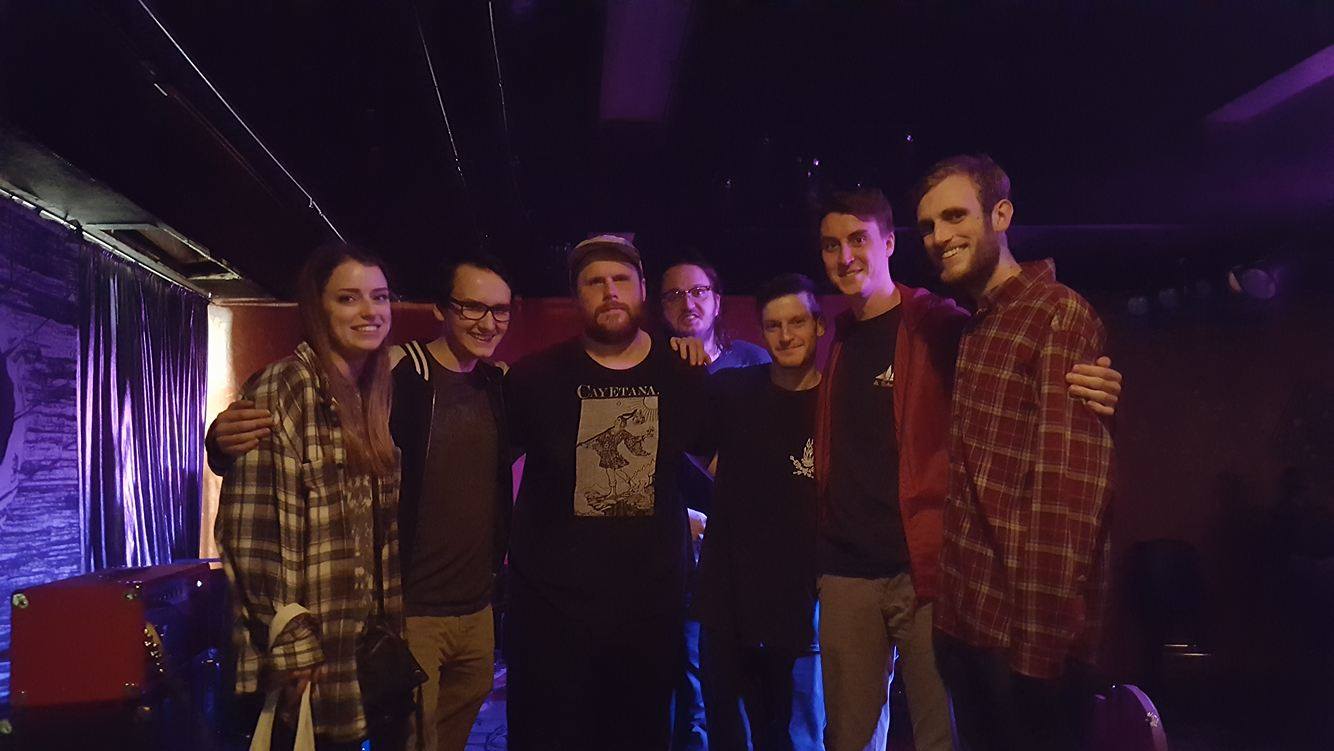 Cattivo is probably one of, if not the best place to see a punk show in Pittsburgh- no security, small stage, and conveniently located in the basement of a smoky bar. That’s why I was excited when PUP was announced to be playing there with Cayetana a few months ago. I had listened to very little Cayetana before the show and went in with fairly low expectations, which were completely shattered, and I have found myself listening to them on repeat recently. An all-female mix of punk and melodic emo, they were an excellent opener for one of the most up and coming punk bands on the scene.

Next was PUP, and with nothing more than, “Hi, we’re PUP from Toronto, Ontario”, they tore into album opener, “If This Tour Doesn’t Kill You, I Will” before transitioning into “DVP” just as smoothly as can be heard on the album itself. It was a fitting introduction for a band that has embarked on a three-month North American tour before heading overseas for even more. Another highlight was “Doubts” before playing some tracks off of their first, self-titled LP. During “Back Against the Wall”, the crowd sang along to every verse’s “Woah” and “Ah” and screamed along to “Dark Days”.

The highlight of the entire show came during the last song. In the words of lead singer Stefan Babcock, “encores are dumb, just playing the f***ing songs that you want to play”. It was with this quip that PUP closed with “Reservoir”. Watching from the edge of the crowd, I noticed at least four separate people crowd surfing at the same time. Then, all of a sudden there was only one- Stefan; held up by a pit of sweaty twenty-somethings all trying to do a combination of touch and scream at him.

After the show, I heard a complaint from someone that they, “sounded too much like their records”. This isn’t so much a complaint from me as the ultimate compliment. Any band that can bring the amount of energy that PUP did to a stage while also maintaining such a great sound deserves nothing but praise.