Hey it’s us, WPTS Radio! Remember us?? REMEMBER?!?!?! Regardless of the fact that the University of Pittsburgh has switched completely to online classes, our members have been working tirelessly to keep representing the best emerging and underrepresented music for our airwaves and for YOUR ears. Since there are no DJs to tell you what they think of the songs on-air, here are the thoughts of a few WPTS music staffers on the albums they reviewed in a new (hopefully) weekly series we’re choosing to call “the hump day half-dozen,” as there are six album reviews and all have eggs on our minds much more these days!!!!!

King Krule, the king of grimy British indie rock, is back with an arguably more experimental album than ever before. It still has the classic synths, raspy vocals, and distorted guitars, but with more eerie samples and gloomy undertones. Man Alive! sets a completely new atmosphere. It is melancholic and untraditional to most indie records I’ve heard. There is a sense of mystery embedded in the record and I find that the experience is unpredictable. There are less catchy songs, but the songs do have more substance. As a listener, you can hear his anguish and despair as he layers the tracks with screaming and groaning. This is a unique and beautiful listening experience that I encourage you to enjoy; however, be aware that it lacks the conventional structure that many albums have. At some points, there is a continuous flow, but at other times there seem to be breaks in the songs. By doing this, King Krule emphasizes emotion more so than in his other albums. For the optimal sensory journey, listen to Man Alive! at night, and be sure to go into it with an open mind. —Sonya Boukengolts 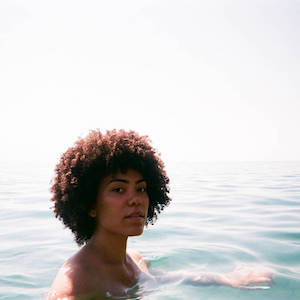 Madison McFerrin
You + I
Self-Released

You + I is humble, subtle. Every layer feels so deliberate, and it always starts and ends with Madison McFerrin’s polished, strong, clear, clean voice. Little touches like the guitar in “Unwise” and “Fallin’,” or the inclusion of the piano track “Know You Better,” make this EP a staple of what I can only hope is an uprising of minimalist R&B. In a family of immense musical talent, and in a flourishing modern R&B scene, Madison McFerrin is not one to be overlooked. —Sam Taylor 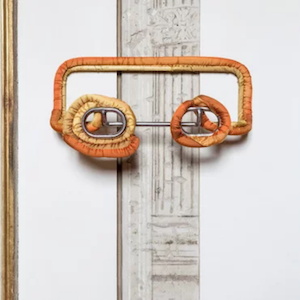 Some of the hype surrounding this album was the fact that Lee Ranaldo, former guitarist of Sonic Youth, abandoned his signature use of guitar for most (or all) of the record. This restriction allowed the duo of Ranaldo and Raül Refree to explore more diverse and experimental textures, to some interesting effect. Ranaldo uses plenty of synths, polyrhythms, and Eastern-influenced marimba. The songs are long but manage to hold a pretty consistent pace, considering how experimental they are. The album also manages to throw in a piano ballad (“The Art of Losing”), deconstruct elements of disco (“Names of North End Women”), and incorporate hi-hats reminiscent of trap music (“Light Years Out”), but that might be a stretch. My main issue with the album is Ranaldo’s voice, which is prominent in the mix. Most of the album includes some kind of talking or talk-singing, which generally blends poorly with the instrumentation. The lyrics also come off as pretentious and the delivery is seriously lacking. It’s an intriguing departure for Ranaldo’s typical style of music, but it has some serious flaws. —Jack Gallick 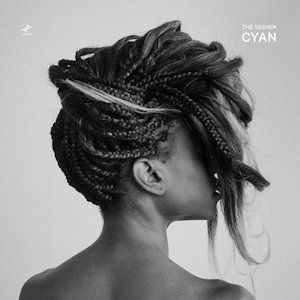 The Seshen’s third studio album, Cyan, sonically banged my emotions harder than any other album so far this year. The Seshen put special thought into crafting the sounds and lyrics of this album. Through most of this album, The Seshen pours emotional gravy all over their organic electronic sounds. Songs like “Dive,” “4AM,” and “Still Dreaming” give strong underlying emotions. The album is well-produced and does a lot of wonderful things but nothing quite peaked my interest throughout. It is definitely an album to give a listen if you’re into any Sudan Archives or similar bands, it just might not be your favorite. —Julian Bosley 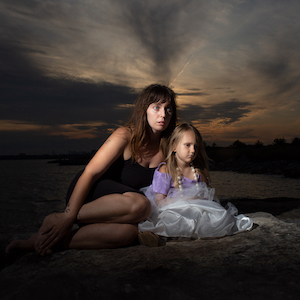 Equal parts ethereal, funky, and contemplative, Heavy Light rings through your ears like handbells at the other end of a deep-sea cave. Each track manages to explore slightly different sounds, ranging from experimental pop to disco (“4 American Dollars”) to morose singer-songwriter piano (“Woodstock ’99”). The jangly, sustained IOU floats through the listeners ears like a ghost through a haunted house. Spoken interludes garnish this record, including “Advice to Teenage Self” and “The Most Hurtful Thing,” compiling various overlapping voices and their ruminations on younger forms of themselves. These moments fit like a hand in a glove among the creepy, mournful tone fading in and out of this record. Heavy Light is a fun rollercoaster for anyone getting the quarantine blues, however be warned: it is not without its moments of gripping, bittersweet reflection! —Dustin Butoryak 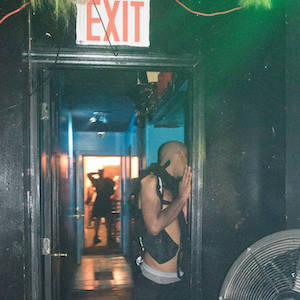 Drawing from nearly all sectors of electronic music, this collaboration between Jacolby Satterwhite and Nick Weiss repurposes vocal recordings from Satterwhite’s late mother as an homage to her life. Using them as both samples and full vocal sections over house-oriented instrumentals, the duo achieves a level of humanity that is often not considered in club music. These instrumentals are wildly complex, and the use of the vocals makes it a really impressively produced final product. Lots of cool features add to the overall celebratory nature of the album. Unique utilization of an electronic palette here, folks!! —Nick Jacobyansky