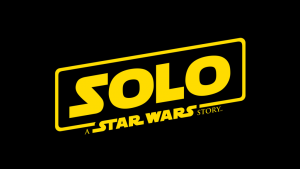 Solo: A Star Wars Story is the second installment in the historic sci-fi franchise to veer from its traditional episodic format. The film serves as an origin story for fan favorite character Han Solo, demonstrating how he became the confident, brash smuggler that Star Wars fans know and love. Similar to Rogue One, Solo takes place chronologically between episodes I and II, a period that has largely been unexplored by other Star Wars films.

Alden Ehrenreich was a pleasant surprise playing the titular character. He was charismatic, funny, and engaging, while crafting his own interpretation of Solo as opposed to performing an impression of the role perfected by Harrison Ford in 1977. He cultivated a rendition of Solo that paid homage to Ford’s performance, but also added to the character as a whole. Reports during production suggested that Ehrenreich would not have a stellar performance in the film, so it was a relief to see him excel in the role.

Solo’s occasional friend and longtime rival Lando Calrissian was portrayed by Donald Glover. Calrissian was originally played by Billy Dee Williams in 1980’s The Empire Strikes Back, with Glover’s performance being one of the most anticipated of 2018. Glover did a fine job, but the character still left me wanting more. Many of the mannerisms and vocal inflections that he employed were spot on, but the writing of the character left some to be desired. I would have liked to have seen more of Glover’s Lando, or at least had him serve a more meaningful role in the film.

Kira, Solo’s love interest in the film, is played by Emilia Clarke. Clarke is a phenomenal actress, but even she couldn’t bring life to a character that was generic and predictable. Kira was just another average love interest with a twist that could have been seen from a mile away. Woody Harrelson, who took on the role of Beckett, had a fine performance; but he played a role that was eerily similar to nearly every other role he has played over the last decade. This is evident about halfway through the film.

Overall, this was an entertaining and fun film. It had numerous nods to the original trilogy and smaller details of individual characters that are appreciated by the most dedicated of fans. It had funny moments and quips, adding to the overall enjoyment. While the stakes are not always there, it is enjoyable journey through the origin of an iconic character. The viewer is kept engaged through a slow build with some impressive actions sequences, humorous interactions, and a few surprise cameos that will have fans talking and theorizing. This is a Star Wars film that will please and entertain fans young and old, while simultaneously adding another meaningful and well executed installment to an ever-growing franchise.