Something Old, Something New, Vol. 3

Something Old, Something New is a biweekly feature where we talk about one classic album from the 20th century, and one great but underrated album from the 21st. We hope you guys can find some cool new music this way, or just bond with each other about a particular and particularly awesome album.

Thousands of fledgling Bowie fans across the country are, at this very moment, giving legendary albums like Ziggy Stardust and Low their first listens. And rightfully so!  1976’s Station to Station may forever be cursed with the label of “transitional album”. Lost in the doldrums between ‘plastic soul’ and continental avant-garde, standing in the shadows of albums like Young Americans and “Heroes”, it may be a critical darling but it is far from iconic. Still, every Bowie fanatic must at some point approach its madcap brilliance. I did at one point, and to this day it remains my favorite album of his. It’s funky yet robotic, theatrical yet vacuous, tender yet tough, and features some of the greatest songs Bowie ever wrote.

The album’s ten-minute opener and title track is a kaleidoscopic collision of disco, prog, krautrock, Religious History 101. It also serves to introduce the last great alter-ego of Sir David Bowie, The Thin White Duke, who ironically “returns” in the song to “throw darts in lovers’ eyes”. In an interview done a few months before the Duke was unveiled, Bowie said “the image I may adopt may well be me”. It’s a painfully true observation. As slickly unpleasant as the Duke was, he couldn’t have been too far off from the real life David Bowie.

But that monolithic persona which looms over the album might be its greatest asset. What would the passionate crooning on “Golden Years” be without the disaffected back-up vocals (provided by Bowie himself, perhaps as a nod to the Duke’s self-absorbed nature)? Or during the chorus to “Stay”, would his unstable vocal phrasing be nearly as effective if not for the ominous synth droning behind it, or the presence of meaningless, absurd sentiments like “you can never really know if someone wants something you want too”? I think not.

But as wonderful as the music on Station to Station is, I must at least give some mention to its magnificently bizarre backstory. Most notably, David Bowie does not remember making the album. Still, we can reconstruct a few details of its creative process from various sources. And if they have any degree of credibility, we can assume that David Bowie slept in a sarcophagus, read mountains of occult literature, lived in constant fear of being murdered by Jimmy Page, and consumed nothing but bell peppers, milk, and cocaine during the months of October and November 1975. And while you might not ever experience something that insane in your life, know that you can always listen to Station to Station and feel something similar.

Something New: Max Tundra’s Mastered by Guy at the Exchange 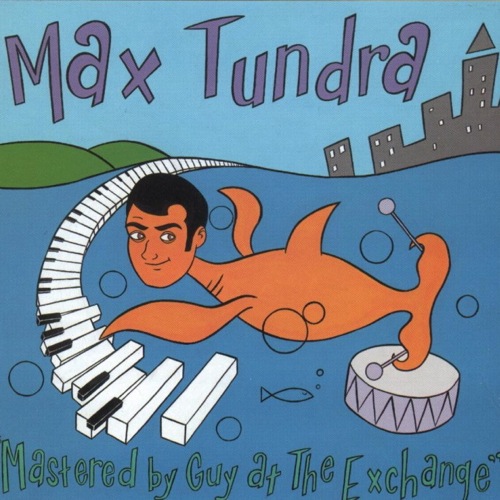 Mastered by Guy at the Exchange has too many ideas. I’m not going to say it “still works”, or that it’s “just fun to be along for the ride”, because that would be a lie. The bottom line is that this album has too many ideas. It shouldn’t work, and more often than not, it doesn’t work. It’s absurd and disjointed and throws too much at you at once and it doesn’t make any sense. It doesn’t appeal to dream logic, or madman logic, or any logic at all. But how many other musicians can claim they’re doing that and pulling it off at least a little bit?

Max Tundra is the stage name of London songwriter and producer Ben Jacobs. He’s stocky, balding, mild-mannered, and still makes most of his music on the Commodore Amiga 500 he bought as a teenager in the 80s. His music is meticulous, funny, beautiful, and difficult to describe. He grew up listening to a lot of British dance music, artsy math-rock, modern classical music, and top-40 pop. He ravenously consumes everything. That partially explains his more-is-more approach, but this album is still pretty inexplicable. Take the song “Pocket”. It begins as a blissfully washed-out acoustic porch-stomp, betrayed by the frigid and trebly monotone of Jacob’s sister Becky, who sings the lead on this one. A dissonant organ drone suddenly pops out of nowhere and gives way to a jaunty, oddly timed electric piano melody. Then, after a barely audible two-stroke drum fill comes a reprise of the first theme pinned down with subtle sub-bass and colored in with a field recording of a playground. This time, Ben sings harmony. Then with no attempt at a transition, a third theme arrives, full of staccato drum machines and jazzy synth stabs. The song finally ends on a statement of the second theme, this time accompanied by frenzied cello and glockenspiel. And guess what else? This all happens in fifty-nine seconds. It’s not even a minute long.

And then there are his lyrics, which are so painstakingly literal, they become a kind of absurd and engaging poetry despite their stubborn insistence on a lack of higher meaning. “’Look at the cakes I made’ I sing through a pair of stretched tights”, he sings on opener “Merman”, referencing the act of recording vocals for an older Max Tundra song called “Cakes”. Meanwhile, “Lights” describes getting paid to carry boxes, “be they crates of soft drink or hyperbolic finance files” “whilst failing to procure even a hint of any musculature improvement”.

I apologize if I have come across as backhanded or rude at any point in this description. Perhaps I’m just frustrated, because to describe this album really effectively, you would have to give a second-by-second breakdown of the whole thing. But I’m sick of bands who can be pinned down with a few buzzwords. And, part of the reason I love him so much is that behind all the silliness and journaling lyrics, his music can actually be really pretty. Okay, at this point, I’ve all but given up on describing Max Tundra. So just listen.