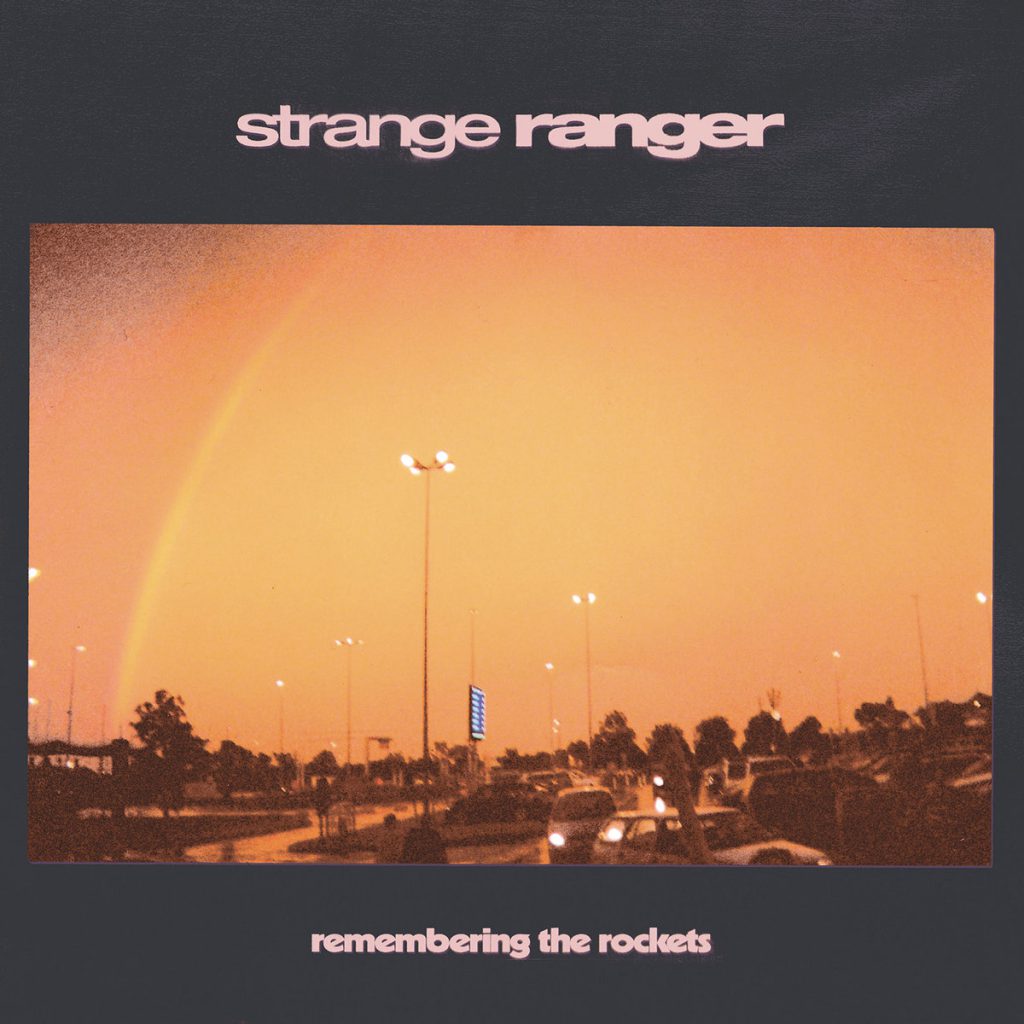 Predicting the apocalypse has become somewhat of a mainstream idea these days. The world is constantly increasing in temperature, and people our age are incredibly scared for their futures. On Strange Rangers’ third LP Remembering the Rockets, these feelings of paranoia are packaged into a nice 42-minute runtime. Strange Ranger, currently centered in Philadelphia after a relocation from Portland after their sophomore release, bring a twinkly emo sound that could pack a house show in a second. The singalongs are there, the pretty guitar lines are there, and the nasal-y voice is there. This past year Strange Ranger toured as an opener for The Spirit of the Beehive, known for their meticulous in-studio production in conjunction with a rougher, DIY basement sound. Using this tour as an influence (along with the Cure and 90s alt-rock) Strange Ranger has created an incredible album that ventures into the sounds of emo, pop-punk, dream pop, and at times post rock. Using these sounds they are able to eloquently present the personal side of the world falling apart around you.

The album opens up with lead single “Leona,” ripping in like a classic 90s alt rock song, coplete with a catchy chorus of “doo-doo-doo.” Feels like a pretty inconspicuous indie rock cut, with the lyrics looking into a relationship with someone that makes our narrator feel good, but no matter what they are this sad person underneath and no one can fix that. Halfway through the track the vocals cut out and a shimmering guitar line comes in and builds to a euphoric point. A song like this makes me want to drive down the highway in the middle of the night windows down and reflect on all the things I have and don’t. This guitar line alone has made this song one of my most listened to songs of the summer and the crescendo never gets old. The next track, “Sunday” is the first track fitting more into the concept of the world ending, and the first of many songs putting Strange Ranger’s Cure worship on display. This along with “Message to You”, “Nothing Else to Think About,” “Planes in Front of the Sun,” and “Pete’s Hill” could all find themselves on any of the poppier late 80s releases from the Cure. The only hiccup in the tracklist for me comes from “Ranch Style House.” Here they dial up the 90s worship and nasal-y vocals, to me sounding a bit too close to Rivers Cuomo in the 2010s trying a bit too hard to replicate the sound of early Weezer. To close out the album “Living Free” shows off the synth work that the band learned in between the last album and this one. This song is seeping with fear and panic for the new world asking if we are really living free. The dark synths in the background slowly build throughout the track to a frenzy at the end.

This album has everything that great indie rock album needs in 2019. The lyrics are relatable, yet they are thoughtful and not cliche. The sound builds off influences that are loved in the community, and while sometimes those influences are worn on their sleeve Strange Ranger never grows tiring. Strange Ranger are deservingly receiving more attention with this record than their previous efforts, and it’s easy to cheer them along this come-up, with the excellent Remembering the Rockets becoming one of my favorite of this year so far.