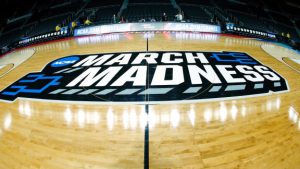 The 2017 NCAA Tournament Final Four is locked in, and it will feature teams from four different conferences all competing for the national title in South Carolina, Oregon, North Carolina, and Gonzaga.

We’ve certainly seen a crazier set of seeds in the Final Four. 1, 1, 3, 7 is not that unlikely relative to other tournament outcomes, but it’s the teams holding those seeds that make it somewhat of a surprise year.

South Carolina, a 7 seed, simply did not have the flare of a Derrick Walton-led Michigan 7 seed or a Shabazz Napier UConn 7 seed. They were an under the radar team from a mediocre at best basketball conference in the SEC. An upset win over Duke was just the beginning of a string of underdog wins as the Gamecocks went on to defeat 10, 2, 3, and 4 seeds en route to their first ever Final Four.

Oregon had no easy road either. They faced a hot Rhode Island team in the second round that came very close to ending Oregon’s journey right then and there. Then, the Ducks defeated John Beilein’s Wolverines before knocking off the Kansas Jayhawks who were the top overall seed left in the tournament. The loss of Chris Boucher had some people predicting a Ducks loss in the second round to Rhode Island, but then they marched all the way to Phoenix.

North Carolina is no shocker. The Tar Heels were not only the popular pick to come out of the South region, but the most common pick to bring home the National Championship. The Heels played in arguably the toughest region of the bracket that featured blue bloods Kentucky and UCLA in the bottom half, and they still found a way to advance out of the South.

Gonzaga, however, was the 1 seed that had been overlooked all year. Some still refuse to trust in the Zags, which is a reasonable belief. Gonzaga faced 16, 8, 4, and 11 seeds to reach the Final Four. Their path to the Final Four was far from easy, no path is, but the Bulldogs had it easier than any other team that got there. They’ve certainly earned their spot in Glendale, but it’s going to take a National Championship for Gonzaga to truly convince its skeptics. A win over another middle of the pack seed South Carolina won’t be enough. The Zags have their sights on a chance to prove themselves in the title game against an indubitably elite team in either Oregon or North Carolina.

As always, the Final Four is sure to be a fantastic Saturday night of basketball. Here’s a look at the highlights from another outstanding weekend in the NCAA Tournament in last week’s Sweet Sixteen and Elite Eight.

While Wisconsin held the lead for most of the first half, Florida charged back and found themselves up 12 with less than five minutes to go in the contest. But if we’ve learned one thing about the Wisconsin Badgers it’s that you can never count them out. Greg Gard’s bunch marched all the way back to send the game to overtime due to a Zak Showalter three point floater with three seconds left. Chris Chiozza answered back for the Gators with a similar shot of his own at the overtime buzzer. Florida advanced to the Elite Eight 84-83 in one of the best games of the tournament.

Thornwell continues to impress. The senior combined for 50 points in a 20 point drubbing of third seeded Baylor and the win in the Elite Eight over Florida. One thing is certain; Sindarius Thornwell’s draft stock has increased greatly throughout this tournament, maybe even more than any player on the board.

The East region was a mess already with Nova and Duke out of the picture after the opening weekend, but South Carolina decided to rid of the 3 seed in the East as well. Most had the Cats or Blue Devils coming out of the East, but Baylor was next on the list. The Gamecocks absolutely dominated the Bears at the Madison Square Garden to continue their cinderella trip to the Elite Eight.

The Wolverines hadn’t lost since the regular season, and Oregon barely defeated Rhode Island in the second round. Therefore, it seemed as if Michigan had the momentum advantage going into this one. Nonetheless, the Ducks prevailed in a game that was tight the whole way and featured 0 points for either team in the final 1:09. A 69-68 final sent Oregon to the Elite Eight.

Dillon Brooks has been spectacular all season, but you have to credit Dorsey for stepping up throughout the tournament. Dorsey and Jordan Bell have increased offensive production with the lack of Chris Boucher in the lineup. The sophomore guard has scored 47 points total in the past two games, including 11 three pointers. What’s more is that he won a stellar point guard battle in the Elite Eight over Frank Mason III of Kansas, likely to be this year’s Wooden Award winner.

After Villanova and Duke were eliminated from the East region, Kansas and North Carolina were the favorites to take the National Championship. Oregon knocked off the Jayhawks in a game that was essentially a home fight for Bill Self’s squad in Kansas City, Missouri. Brooks, Bell, and Dorsey have become a threatening trio with the potential to take down the Tar Heels in Glendale.

As soon as the bracket was revealed, all eyes were on the potential Elite Eight battle between these two. The game was nothing short of expectations. Malik Monk tied it up with a 3 with 10 seconds to play before Carolina’s Luke Maye answered with a jumper of his own with just 0.3 seconds left. The irony of the game is that it closely resembled the finish of last year’s title game. Marcus Paige hit a shot for UNC before Kris Jenkins ended it at the buzzer to eliminate the Heels. Roy Williams’ group was on the right side of the scoreboard this time. The Tar Heels advanced to Glendale 75-73.

Despite a couple of great performances from Luke Maye, Jackson has been Carolina’s premier player all year and all tournament. The junior had 24 in a win over Butler and 19 in the Elite Eight victory over Kentucky. The Final Four features a number of elite players in college basketball, but Justin Jackson, now a member of the AP All-America first team, could be the best of all of them.

The year of Lonzo Ball and UCLA had many people high on the Bruins before the tournament, but Kentucky had the upper hand in one of the best Sweet Sixteen matchups in tournament history. This is just the beginning of the Ball era at UCLA, and the Bruins seem to have returned to the elite stage of NCAA basketball.

With 2:52 to go, the Cats had a 71-64 lead. They didn’t score again. Xavier finished the contest on a 9-0 run to knock off 2nd seeded Arizona and continue their run as an 11 seed. Trevon Bluiett posted 25 points in the 73-71 victory that sent Xavier to the Elite Eight.

It’s time to stop doubting Nigel Williams-Goss and the Zags. After leading his team to a three point win over West Virginia in the Sweet Sixteen, Williams-Goss dropped 23 in the Elite Eight en route to a 24 point blowout of Xavier. The junior has proven he’s worthy of his Wooden Award nomination as Gonzaga continues to silence the critics.

No one trusted top seeded Gonzaga, and so Arizona was the next best option. Wildcat pickers were confident with a 7 point lead with less than three minutes to play, but Xavier fought back and knocked off 2nd seeded Arizona. Sean Miller was unable to defeat his former team in another exciting Sweet Sixteen competition.