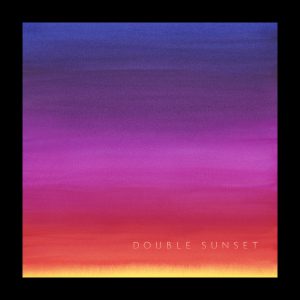 Sometimes it can be easy to get too hung up on “originality” when listening to new music. When something fails to grab your attention, it is all too simple to write it up as being unoriginal, even though that’s not inherently a bad thing. Music can be fantastic without doing anything new to the world and sometimes bands will try too hard to be different and yield remarkably forgettable or downright bad results. With that in mind, I would like to introduce you to one of the more unique artists I have run across recently.

Ted Case is a singer-songwriter out of Los Angeles who has released his first EP as a solo artist, Of Course, in 2017 and his debut full length, Double Sunset, in 2018. On Double Sunset, Case leads the way with his vocals and piano, but he is joined by a string quintet, drums, and three backup singers, leading to an extremely full sound. The scope of the album sounds much larger than one might reasonably expect, occasionally sounding like a song you might expect to hear in a movie. The reprisal of “It’s Still There” exemplifies this with a driving beat underneath a muted, lilting piano piece as the strings tremble overtop. It’s a beautifully cinematic closing note for the album as the instrumentation wavers into silence. Equally cinematic, but in an entirely different manner, is “Can Fail” which alternates between a swaggering verse driven by bass and quick piano runs and the angelic chorus where all of the singers breath the title out overtop the strings. When the vocals drop out and leave the strings to their soliloquy, you can still faintly hear the piano in the background playing the melody from the previous song, “Follow the Sunrise Up,” whose upbeat quickness serves as a sharp juxtaposition to the more somber atmosphere. The instrumentation on these songs are very clever and the production quality is surprisingly high, allowing everyone to fully put their talents on display. These are not the songs that are the most unique about Ted Case, however.

The true star of Double Sunset is the opening track, fittingly named “First Sunset.” The song opens with electronic triplets and a kickbass accompanying Case before quickly jumping into the chorus where all four singers chant “This is the first sunset” with the quintet as the electronics drop out entirely. Just as quickly as the chorus begins, it ends and the song is able to truly emerge as the electronics and strings coalesce, playing off each others strengths to accentuate both the rhythm and melodies that can be accomplished. The chanting chorus and instrumental intrigue quickly get you invested in the album, and it serves as a great introduction to the music Ted Case writes, which he describes as “songs that explore intimate instrumental textures and the element of surprise.”

Double Sunset is unlike most of the music I hear, but it is a very solid album. Simply saying that I like it because it is unique is unfair to Ted Case, because it implies that his songs are only worth the surprise they bring. It also serves to invalidate brilliant releases that stay within a more general sound but are deserving of praise. So yes, the album is unique, but that doesn’t really matter in the grand scheme of things. Far more importantly, it’s just enjoyable to listen to.

Final Thoughts: At the end of the day, Double Sunset is a good album, not because it is different, but because it’s good.