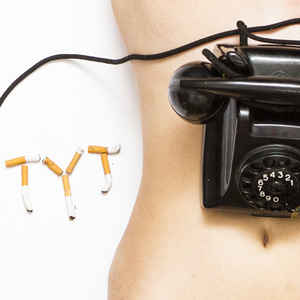 On a debut album, bands often try to take one of two approaches: excel at one thing or show a variety of capabilities. It makes sense, as debuts aim to make as strong of a first impression as possible. On their eponymous release, Ten Years Today manages to excel at a multitude of sounds, and it makes for a phenomenal introduction.

The most impressive aspect of Ten Years Today is that it manages to balance fast rockers and slower ballads without falling into blurry noise or boredom. The distorted guitar riffs on songs like “God” and “Feel” are powerful, memorable, and have a distinct confidence around them. The strong, passionate vocals match the energy level, yielding the great verses and anthemic choruses that you’ll be singing to yourself hours later. “If I Were Me” best embodies this strong vocal delivery. This cut features a jam break full of impressive playing that really showcases that Ten Years Today is, at its core, a bunch of guys just having fun. At the track’s climax, the vocals come back crying their heart out as if they were in front of a crowd of millions. While this addition makes the song the longest on the album, it is also what makes it stand out, and the placement at the three quarter mark of the album is the perfect time for it to happen. Other songs, such as “Question Mark” show off Ten Years Today’s ability on the opposite side of the energy spectrum. Featuring strings and surprisingly good background harmonies, it makes a strong case that the band is just as good in the moments between the action, where many bands fall flat. The fact that they can already create a living, breathing album that is able to maintain quality through change on their very first effort shows that they are a band to pay attention to.

The two best songs on the album also serve to best show the stylistic dichotomy present on Ten Years Today: “Do Ya” and “Conflicted” are best described not as fire and ice, but more so as a runaway freight train and a reflective walk in the night. “Do Ya” is a fast moving explosion of unbridled excitement, whereas “Conflicted,” the most emotional and personal song on the album, calls for you to take some time to yourself and think. Despite their differences, these songs are both simply exceptional, and their juxtaposition in the track-list plays to the record’s advantage. By coming back to back at the beginning of the album, they set the boundaries that every other song falls between and send the early message that this is a band who can do it all.

The debut album from this dutch trio is equal parts exhilarating and introspective. It is an exceptional album in its own right, but it is also shows that Ten Years Today has a lot of potential to be even better in the future.