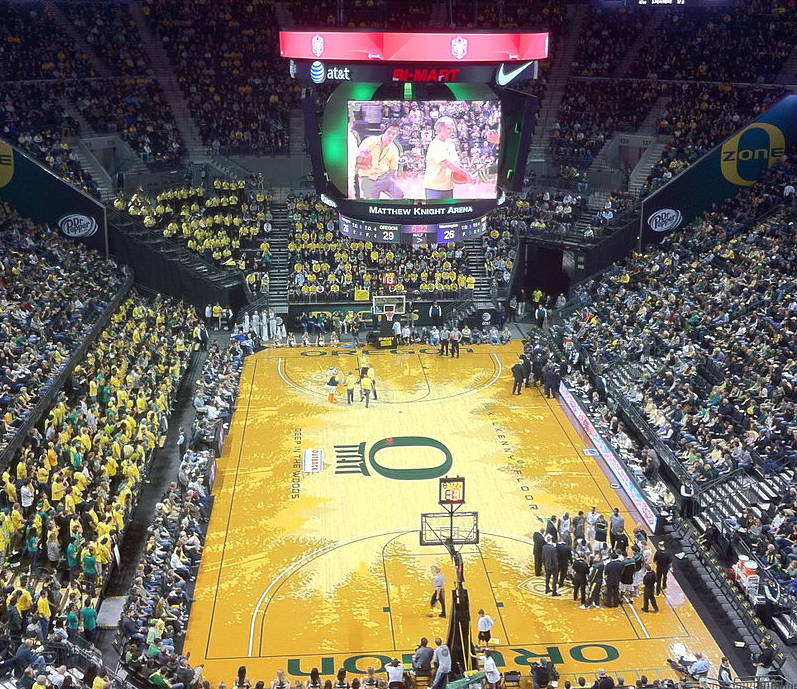 Welcome to the Season Preview Edition of The 9 Point Shot, WPTS’ weekly NCAA Basketball blog. Every week during the season you can come here to see 3 key takeaways from the last week, the 3 best players from the last week, and 3 matchups to keep an eye for the upcoming week. This week, as the season is yet to tip off, we will be running down each of the major conferences and who should win and other teams to keep an eye out as well as projecting the Player of The Year in each conference.

The ACC is undoubtedly the nation’s best and deepest conference and the Blue Devils are probably the country’s best and deepest team. Combining returnees like Allen and Amile Jefferson with 5 star freshmen in Harry Giles and Jayson Tatum Duke has a level of talent no other ACC team can match. UNC has an interesting mix of talent with Justin Jackson, Theo Pinson and Kennedy Meeks all back but the Tar Heels’ success will most likely depend on whether Joel Berry II and Nate Britt can adequately replace Marcus Paige. Virginia loses Malcolm Brogdon and Anthony Gill but bring in Memphis transfer Austin Nichols and McDonald’s All American Kyle Guy to replace them. If Nichols and Guy fit in well to the UVA system the Wahoos will have a chance to take down Tobacco Road. The wildcard team here is the Orange. Jim Boeheim’s squad is the deepest it has been in a long time despite the NCAA sanctions. Former 1st Team All-Big Ten G Andrew White III and freshman Tyus Battle will be counted on to replace Michael Gbinije and Malachi Richardson. If the ‘Cuse get steady PG play and Lydon takes his assume jump into superstardom the Orange can be just as good as the teams mentioned above.

Any of the teams mentioned above could feasibly win the Big Ten title this year. Tom Crean’s team is balanced and talented. James Blackmon Jr provides excelled wing scoring while Anunoby and Bryant are match-up nightmares at their respective positions. If Pitt transfer James Newkirk can provide a steady hand at the point, the Hoosiers will have the best starting 5 in the conference. Wisconsin is very similar the way of returnees leading the way. Bronson Keonig and Nigel Hayes provide a great 1-2 punch while big boy Ethan Happ also averaged in double digits. If these 3 improve on their numbers from last year Wisconsin will be a force to be reckoned with. Michigan State’s best player might be its star freshman in Bridges but his supporting cast isn’t too bad either. Eron Harris and Tum Tum Nairn man the backcourt and will be charged with spreading the floor for Bridges to attack. Tom Izzo will find a way to make sure Sparty stays in contention. While MSU will be attacking from the perimeter, Purdue plans to punish teams inside. With lottery level talent Caleb Swanigan returning to play alongside 7-footer Isaac Haas the Boilermakers have the best frontcourt in the league. If Vince Edwards can provide the dynamism and Ryan Cline the shooting, Purdue will be not only a B1G but National contender.

The Jayhawks are the runaway favorites to win their umpteenth conference title in a row. The rest of the conference loses key contributors while Bill Self’s squad returns almost everyone and adds a #1 recruit in Josh Jackson. Frank Mason and Devonte Graham are studs on the outside while Landed Lucas steadies the ship inside while Jackson provides Andrew Wiggins type wing play. Iowa State has slowly built itself into a contender the past few years but now has to replace team mainstays George Niang and Jameel McKay. The Cyclones has the perimeter play with Morris, Naz Mitrou-Long and Matt Thomas. Deonte Burton and Merrill Holden will have to replace their lost starts with aplomb if Hilton Magic wants to conjure up a Big 12 Title. Texas is super young but super talented. They lose Isaiah Taylor but add 5 Star center Jarrett Allen. If Kerwin Roach can replace Javan Felix at PG this team could be scary as it grows into its final form throughout the year. Baylor loses Taurean Prince but still has Johnathan Motley. Miami transfer Manu Lecomte will be handed the reigns to the offense and he will have to be a quite good all-around player if the Bears want to keep up in conference.

There is a very good chance the 4 teams that got a name drop above will be the only 4 that represent the SEC in the NCAA Tournament and even Arkansas is questionable. Kentucky however, is very very good. Mixing returnees Isaiah Briscoe and Derek Willis with freshmen Bam Adebayo, De’Aaron Fox, Malik Monk and Wenyen Gabriel creates a team the rest of the SEC just can’t touch. If the young guys live up to their ratings, then this team will coast through the SEC without a problem. If they do slip up however, Billy Kennedy’s Aggies will be right there try and take advantage. Last year’s Co-Champions lose Danuel House and Anthony Collins but have a number of young guys that look ready to step up led by DJ Hogg. Florida brought in Charleston transfer Canyon Barry to provide some offense but questions still remain about where the rest of it will come from. Georgia and J.J Frazier and Kingsley’s Arkansas provide some intrigue but the rest of this conference is either boring or bad.

The PAC 12 might provide us with the most interesting championship race of the year. Defending champions Oregon return everyone bar Elgin Cook and get back Dylan Ennis from injury. Ennis, Brooks, Chris Boucher and Tyler Dorsey might be the scariest, most balanced 4 person group in the country. If JUCO big man Kavell Bigby Williams can make a similar impact to what Boucher did last year the Ducks might run, or waddle if you want to see it that way, away with the PAC 12 title. Sean Miller, who still isn’t in Pittsburgh by the way, brought in a stellar recruiting class. 5 Star Guard Kobi Simmons will team with Allonzo Trier and Kadeem Allen to lead a unfamiliar but uber-talented group of guards. Fellow 5 Star Lauri Markkanen will anchor the frontcourt along with Dusan Ristic. If 5 Stars play like 5 Stars Arizona will be a National Title contender. Lonzo Ball will singlehandedly attempt to drag UCLA back to national relevance. He will be aided by Bryce Alford but UCLA will need some high level contributors down low if they want to contend with the squads mentioned above. Cal has a similar 1-2 punch in Jabari Bird and potential Top 5 pick Ivan Rabb. Columbia transfer Grant Mullins will provide the shooting while Kameron Rooks will help Rabb on the inside. If Ball or Rabb maximize their potential UCLA and Cal could provide just enough help to push them to a title.

The defending National Champions are unsurprisingly the favorite to win the Big East this year. Josh Hart is going to step up into a prominent role this year but he has the supporting cast to keep the Cats relevant nationally even without Ryan Arciadiacono and Daniel Ochefu. Jalen Brunson is another name to watch when it comes to a player who could become much more well known nationally. Nova’s only real serious challengers are the Xavier Musketeers. They returned their two leading scorers in Bluiett and Edmond Sumner. They lose a lot of rebounding but Norfolk State transfer Rashif Gaston should help with that. With Sumner and Bluiett leading the way the X could reach a #2 seed in the tournament again. Kansas State transfer Foster will lead Creighton along with Maurice Watson Jr give the Blue Jays their best team since the days of Dougie McBuckets. Whether that will be good enough to contend the Villanova and Xavier.

Cincinnati and UCONN played one of the best games of the year last year in the AAC tournament and look to duel for the AAC regular season title. UConn returns Adams and Rodney Purvis and adds in star freshman Alterique Gilbert to form one of the more explosive backcourts in the AAC. Cincinnati will look to counter the Huskies with their traditional gritty style that Mick Cronin has excelled at. Caupain and Gary Clark lead a defense that always is among the nation’s best. Expect the Bearcats to win a lot of 60-50 games this year. The wildcard here is Houston. They have an explosive scorer who can take over games in Oregon transfer Dotson. If Houston gets decent play from others they might be able to make a mark and return to the NCAAs.

Oh look, these two WCC rivals are back among the national conversation and both are ranked in the Top 20 in the preseason. Gonzaga gets in high profile transfers in Jordan Mathews(Cal) and Nigel Williams-Goss(Wash) to form a very dynamic scoring combination. Przemek Karnowski will still be down low doing his thing and combining this with Josh Perkins and Zach Collins you get a team that is legitimately a Final Four Caliber Team. St. Mary’s has a star of their own in Emmett Narr. Narr will contend for 1st Team All America honors as he, along with Joe Rahon look to provide the Gaels with the scoring necessary to take down Gonzaga. Elsewhere, the Rhode Island Rams are ranked in the preseason thanks to star E.C Matthews. I’m skeptical where the Rams are that good but Matthews is an NBA level talent to one to keep an eye on.