The Bridge | Wait, This Song is From a Movie? 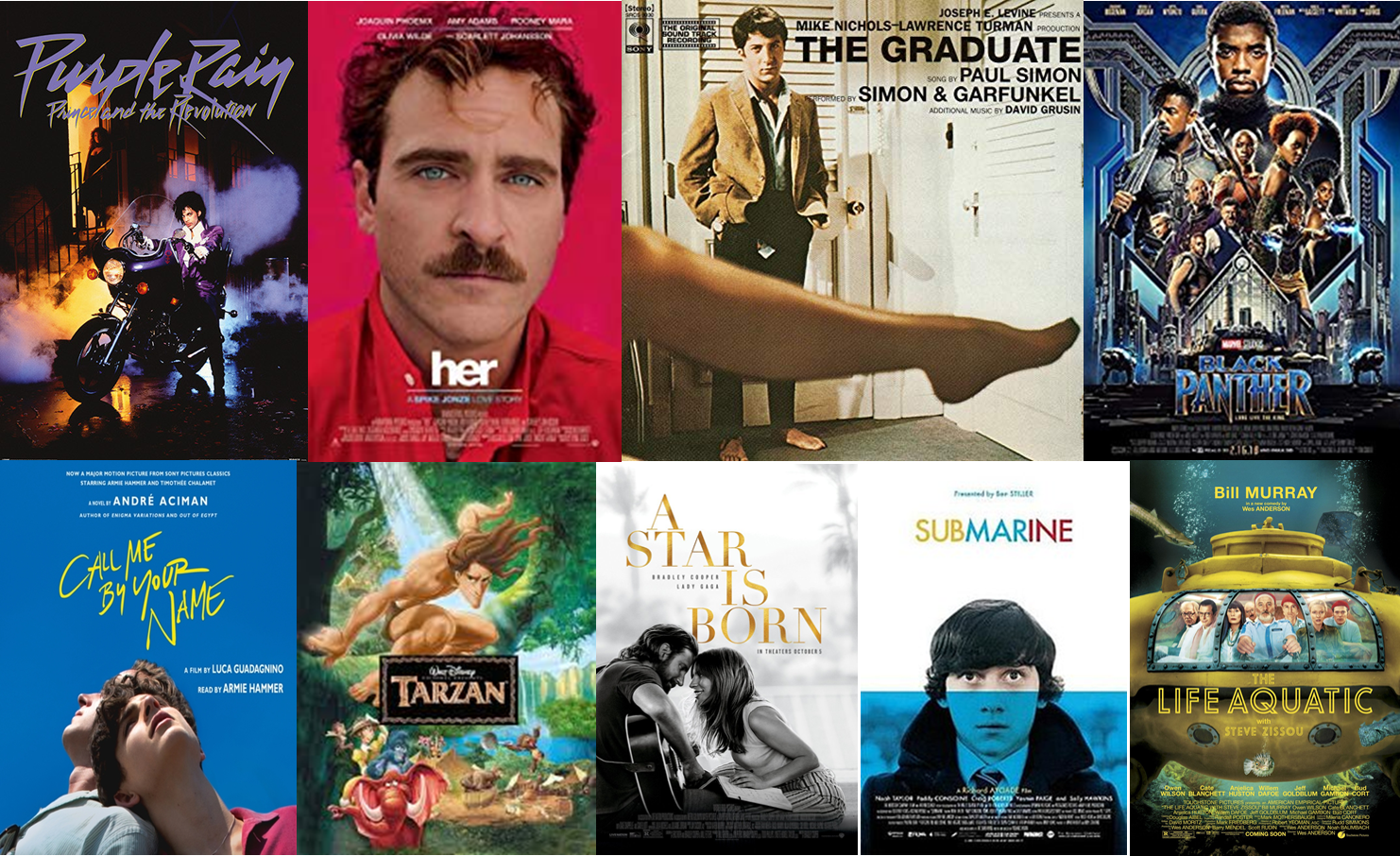 For me personally,  music almost always shapes my movie watching experiences. If a certain song fits a scene particularly well, that film will then get stamped with that song permanently. I can never hear Sufjan Stevens without immediately holding my breath and being transported back to 1980’s Southern Italy thanks to Call Me By Your Name (2017). “Futile Devices”,” Mystery of Love”, and “Visions of Gideon” may just be another one of Stevens’ melancholic tunes to some listeners, but for others it bares strong ties to the film it is featured on. This got me thinking about all of the music floating around in the world that is actually derived from a film soundtrack. How many songs had I been listening to that were more than just an artist’s latest single?

These very thoughts came front and center this school year when I watched The Graduate (1967) for the first time. I would like to be candid for a moment and say this film is one of the best forms of media I have ever consumed. Never had I spent one hour and forty six minutes in a better way. One of the first things I noticed about the film was that “The Sound of Silence” played in the opening scene. Being an American human being with a decent knowledge of music, of course I knew who Simon & Garfunkel were. Naturally, I knew that “The Sound of Silence” was one of their biggest hits. What I didn’t know was that the song was written for this film. I had no idea that the duo wrote song after song specifically for The Graduate’s movie soundtrack. The film, without a doubt, would not be as great as it is without Simon & Garfunkel’s songs gracing the screen. The film’s soundtrack holds multiple renditions of some of their songs. For example, Mrs. Robinson version 1’s sped up pace differs from Mrs. Robinson version 2, which plays at a different pace in a different part of the film. Each song, or version of each song, adds an extra layer of depth to the film that many films just can’t achieve.

Another film I watched recently was Her (2013), and I absolutely loved it. The costuming, the cinematography, and I admit Joaquin Phoenix, were all extraordinarily visually pleasing. Even with these positive elements’ existence, I often find myself resorting back to the soundtrack over and over again. Grasping onto a particular moment in a film is plausible; rewind and fast forward functions exist for a reason. Music, however, is more attainable. Being able to listen to a film soundtrack, close your eyes, and visualize the moments yourself is so much more pleasing. So many times after watching this film, I’d lay down and let the sounds of Arcade Fire fill my ears. Like Simon & Garfunkel for The Graduate, Arcade Fire did all the music for Her.

Some other films out there that fit this one-artist-exclusive-soundtrack mold, include classics like Prince’s Purple Rain (1984). Although this film does not have the best critic reviews, Purple Rain the album is arguably one of the best albums of all time. If it weren’t for this film, then we may not have been graced with such an important album. Imagine a world without songs like “Let’s Go Crazy” and “When Doves Cry”? I know I can’t even fathom that reality. It is also important to note that I grew up watching this film and worshiping Prince, so despite the mediocre reviews this film holds a special place in my heart. Also, who doesn’t love a montage of Prince fast pace dancing to “I Will Die 4 You” in high heels?

In more recent times, two films have debuted that had extremely influential albums that featured songs from one sole artist. In 2018, Black Panther premiered. There was something so uplifting about what Black Panther brought to both the Black community and the whole entire world. This was one hundred percent emphasized by Kendrick Lamar’s work with the album for the film. This album was incredible. I still have it downloaded and listen to it regularly. The fact that a Marvel blockbuster film included all these rap and hip hop artists on their soundtrack was beyond dope. Whenever I listen to this album I get transported back to February 2018, when my Black pride soared through the roof. Another film that came out recently was A Star is Born (2018). Being a huge Lady Gaga fan, this was an extremely exciting time for me. The music on this album was sung by Gaga, performed by Gaga, and written by Gaga. I am still so proud of her and her work on this film’s soundtrack. Film opinions aside, the album was lovely and made the movie better in so many ways. My freshman year of college will be permanently ingrained with the song “Shallow” (and I’m not mad about it).

Obviously, there are more films and albums out there that should be acknowledged and talked about. Some honorable mentions are Phil Collins and all his songs for Disney’s Tarzan (1999). My roommate proudly told me that “Two Worlds Reprise” is one of her favorite songs to date. In addition, there is the 2010 romance/comedy/ drama Submarine. Arctic Monkeys frontman Alex Turner did all the music for this Indie film that had 13-year-old me swooning. One more film to throw into the mix is Wes Anderson’s The Life Aquatic with Steve Zissou (2004). This film features exclusively David Bowie songs that are sung in Portuguese. This strays a bit from the others, but it is worth mentioning nonetheless. All in all, I think it’s clear that I believe movies are cool on their own. But when the music for the film is curated in such a specific way, that film takes on a whole new level of coolness.