This review brought to you by South Side Tattoo 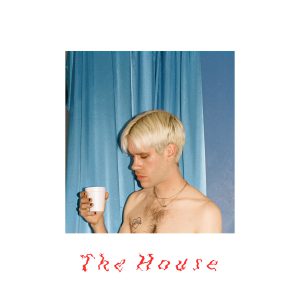 If you’re looking to dive into an ocean of thought, look no further than synth-pop artist Porches’ new album, “The House.”

Aaron Maine, the mastermind behind Porches, has always been inclined to use water imagery. This was especially prominent on his 2016 album “Pool,” which featured the hit song “Underwater.” His new album continues that theme, not only lyrically (with the songs “Now the Water” and “Swimmer”), but also stylistically. Listening to this album feels like diving headfirst into unknown depths. Maine achieves this feeling by stacking his record with slow, hazy songs, with sonar qualities.

Although “The House” has definite trends which keep the album cohesive, one of my favorite things about the record is the shift in moods between consecutive songs. These quick changes make the album exponentially better when listened to in order in one sitting. For example, the second track of the album (“Find Me”) is a highly pop-influenced dance song punctuated with a prominent electro-beat, and Maine’s signature vocals and harmonies. The following song (“Understanding”) has no percussion, opting instead for a smooth background of synth chords under vocals by Peter Maine, Aaron’s father.

My personal favorite songs off this album are “Now the Water” and “Country,” both of which do a pretty good job of representing the overall vibe of the record while still being distinct enough to be interesting. The former song is relaxing yet danceable, a quality Maine has achieved on many of his songs. The latter song is a slower, pseudo-love song that is once again filled to the brim with aquatic references.

I highly recommend listening to “The House” chronologically in one sitting, preferably with dim lighting or your eyes closed. A well-orchestrated listen through of this album is truly an experience. You could even try giving it a listen in your favorite pool, lake, river, or ocean for an even more immersive experience.