“The Operators” by Wei Zhongle – Review 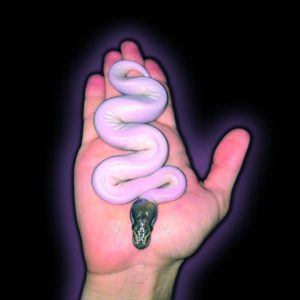 Wei Zhongle is a four-piece, Chicago group comprised of guitar, drums, fretless bass, and electric clarinet, making frantic, avant-rock music. The project is a collaboration between clarinetist, John McCowen, and guitarist/vocalist, Rob Jacobs, with a constantly revolving lineup around them. The new release under this moniker, The Operators, is a focused work of world-influenced psychedelia, calculated in its innovation and effortless in its fun. Though concise in runtime, clocking in at 29 minutes, this release feels vast in its musical scope, finding a way to pivot with ease between airy ambience and pounding, tribal rhythms. The band also seamlessly incorporates oft-pretentious genres into this project seamlessly, allowing for jaw-dropping forays into jazz-influenced solos above complex rhythms that are sometimes foreign, sometimes math-y. Take “On Its Way,” for example: the track begins as a methodical, African-influenced banger, with a huge breakdown and free jazz freak-out halfway through, only to return to the original groove, with a key change for fun.

The art for this release, a Mystic Piebald snake, seemed like an odd choice to me at first, but after a listen to the album while focusing on the shining scales of this reptile, I realized that it was a perfect representation of The Operators. Everything about the album is summed up by this pink lump. The prodding, fretless bass’ malicious interaction with dueling guitar/clarinet melodies only feels appropriate to describe as a slither. Likewise, the glittering, effects-drenched melodies stand out against the album’s dense, polyrhythmic base, like a threatening, neon snake in a dark room. This release feels like a modern-day homage to Remain in Light, equal parts tight grooves and experimental edge, while maintaining a high level of uniqueness. Checking out the drone-clarinet work of McCowen, and the dreamy, loop-heavy nature of Jacobs’ music, this boundary-pushing mindset is expected. However, the overt intensity and accessibility that is a product of this pairing is a surprise, and a very pleasant one at that.