Hello sports fans, and welcome to the Title Town Monthly. A new article series about Boston, or as I like to call it Title Town. Basically, I will write this each month to talk about some of the best sports in the world, being a Boston fan my whole life. From the Harbor to Harvard, if it was done in Boston, I will be sure to cover it. This week we are going to talk Jimmy Garoppolo staying pat, the Celtics shaky return from the All Star break, and the Red Sox spring preview. Without further ado, let’s jump right in.

Jimmy G. and the Enigma of New England 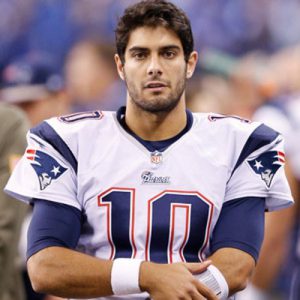 The New England Patriots have decided to keep Jimmy Garoppolo for this upcoming draft, rejecting the Browns attempts to take him for a first round draft pick. This move works well for New England, as Garoppolo is worth more than just a first rounder in my opinion, and could very well be the quarterback of the future in Foxborough. This is however, a small distraction from the bigger question New England faces this offseason, how to handle all the UFA (unrestricted free agents) they have. We already know that Martellus Bennett and Chris Long are leaving, having thanked the team for their rings and moved on for the money. The bigger fish in the pond for Kraft and Co. is D’onta Hightower and where he lands. Hightower wants to stay in NE, but also wants to see what he is worth to the rest of the league. Usually I would be okay with this move, thinking that the Patriots could afford his little walk on the wild side.

However this season is different, this season money is tight, and the Patriots can’t shell out cash to every player that comes calling for a pay raise. I believe that Hightower will stay, and keep his future as the leader of this defense in tact. Matt Patricia has built too much of a relationship with Hightower to let him walk away so easily. There are certainly several questions for the Patriots this offseason, and it will be one of the storylines that I will be covering on the regular.

The Celtics Finally hit a Bump 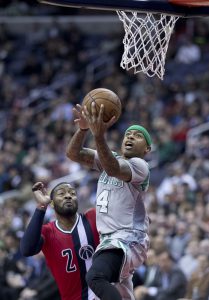 After playing their hearts out the last month, the Celtics have finally hit a snag post All Star break. With standing pat at the deadline fresh on everyone’s mind, it is not surprising that this slump seems to have caused a stirring around the Celtics camp. However, I am here to quell the revolters and nay sayers. The Celtics lost to the Raptors out of the break, then beat the Pistons in Detroit, and followed that up with a loss to Atlanta at home. These three games seemed to throw the chemistry off, most likely because of the addition of Avery Bradley back into the lineup. Look no further than the next game against the Cavaliers for the Celtics to seem to have found the team chemistry once again. A game in which the Celtics defense looked impressive, holding the Cavs to 99 points, the fewest they had scored in their last 12 games. Bradley has provided a strong defensive impact, and the rest of the team benefits greatly from it. Al Horford also had a good recovery from that post All Star slump, posting a 9/10/10 line that looks exactly how one would hope he would play for this team. The bench play in Boston continues to provide the juice, as Marcus Smart has developed everything except a consistent shot, his very lowkey run for six man of the year continues. Regardless, the C’s have much to prove now that Isaiah Thomas has finally cooled down a little, and the race for the Two Seed in the East grows closer each week. 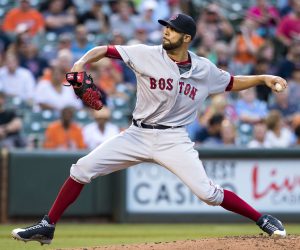 Now I already wrote a smaller preview for the Red Sox on my Power Rankings, but I will be able to gush a little bit more here. This team should be the favorite to win the World Series. I know the Cubs are good, but the Red Sox got Chris Sale, and so far in spring every other player on the roster seems to have improved. The offense is still potent as hell, producing four potential .300 hitters and several power bats up and down the lineup. With Sandoval coming back from shoulder surgery (and losing 40 pounds) he looks prime to swing this team into full offensive mode, picking up the third base spot from departee Travis Shaw who was traded to acquire bullpen gem Tyler Thornburg. In the opposite corner, Mitch Moreland will have some big shoes to fill, as he has to be what Hanley Ramirez was last year both defensively and offensively. However, if Moreland doesn’t pan out, I seriously look at Sam Travis to pull out all the stops this spring to make a run at Moreland for first base. The rest of the offense is returning players, a cast which accounted for 878 runs last season, easily the most in baseball. On the other side of the ball, the pitching staff looks capable and deep, having six or seven potential starters. Unfortunately, as I am writing this, David Price is getting an MRI on his forearm and the rumor is Tommy John looks imminent. Usually this would deter me from saying this team can win the division, but this year I see no reason to say that. The rest of the staff looks very impressive, and looks to push itself with the Indians for the best rotation in the AL. Eduardo Rodriguez is easily my pick for breakout candidate of the year, coming off an extremely impressive second half last season, and that was with him coming off a nasty left thigh injury. To sum it up, I think the Red Sox are prime to dominate the AL this season, winning close to 100 games, as I see no true weakness on this roster. I will of course be writing about this team every month, as they will always be impressing, or disappointing. 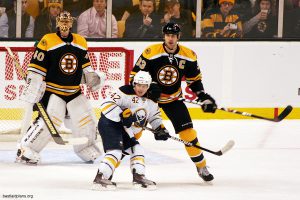 I want to shout out Avery Bradley for returning to form so quickly this season and for always taking the Celtic’s defense to the next level. Also want to thank all of the Patriots players who are leaving this year for being apart of a truly special team, and for contributing in whatever way they did. Last shoutout is to Jon Farrell, because I am giving you one last chance, do not fail me now. This Red Sox team has the potential to win the World Series, and as long as you do not make the mistakes you made last season *cough* Steven Wright pinch running *cough* this team will do great. In closing, I want to thank all of the fans who read this article, the first of many I hope. Also I hope to be putting these up within the first five days of each month, so make sure to check the website and to check out everything done on WPTS. Thanks for reading, make sure to share and come back next month!