Toto, I Don’t Think We’re in the Galaxy Anymore – Review 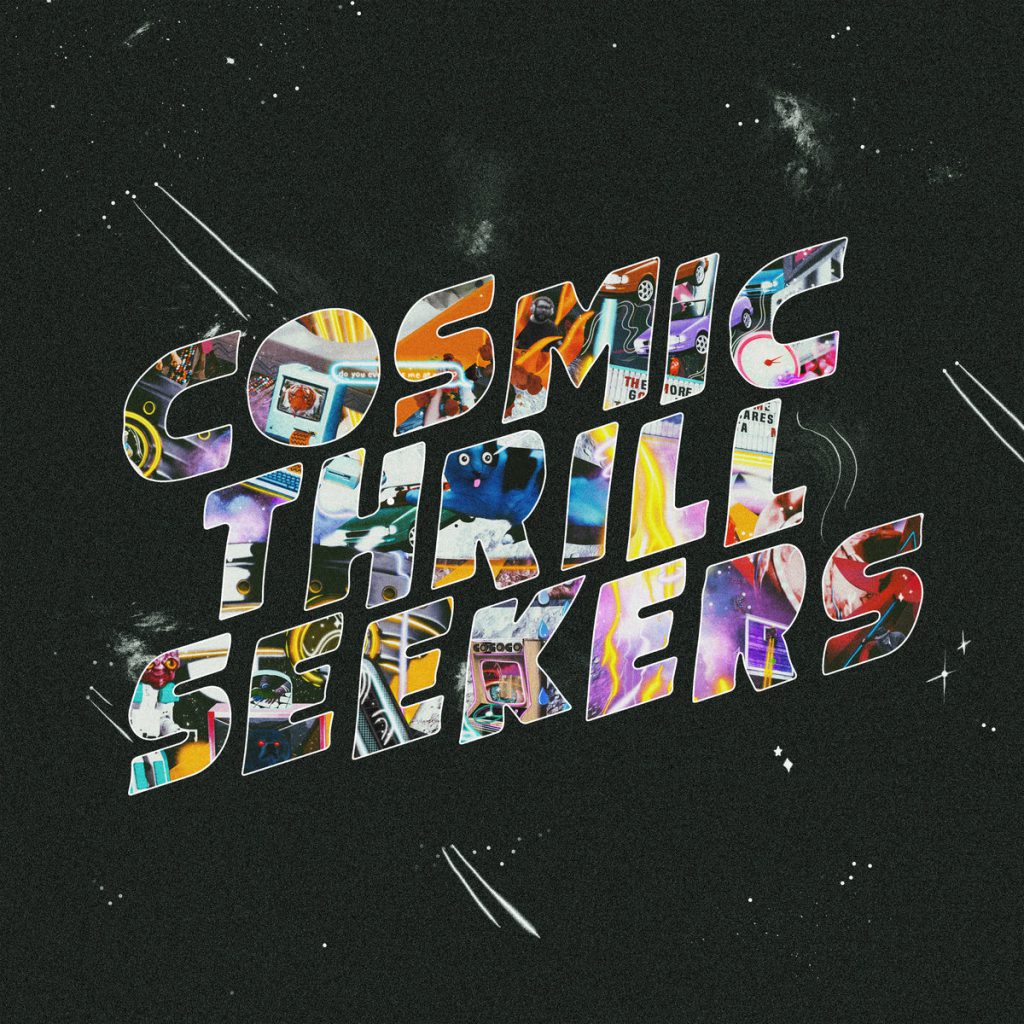 It sounds ambitious on paper: a story of mental health and drug use portrayed as a genre-blending pop punk concept album represented as The Wizard of Oz in space. Yet, Prince Daddy and the Hyena’s Cosmic Thrill Seekers (CTS) accomplishes this daunting premise in a shockingly effective way. CTS is partially about a bad post-acid trip haze that left singer Kory Gregory feeling like his whole brain functioned differently and partially about the stereotypes of beloved characters from The Wizard of Oz. Kory structures the album’s narrative around his mental health, with each of the album’s three distinct acts demonstrating different phases of a cycle of depression and anxiety.

In “The Heart/The Passenger”, the slower piano-accompanied acoustic guitar opener builds into energetic love songs that are less about love for another and more about the mania of the passenger’s mental state driving him forward. The passenger, an allegory for Kory’s mental health, is flying through life without control of where he goes thanks to drug use and mania. This transitions into The Brain/The Driver, in which musically-diverse songs deal with the isolation, paranoia, and loneliness of a depressive episode. The driver now has control of himself again and uses this control to retract and isolate. However, in The Roar/The Random Passerby, attempts are made to break free of this isolation, even if they don’t go well. Still in a state of depression, even a random passerby can see that the passenger is running on autopilot, ready to crash back into Earth to repeat the cycle yet again.

This album is so much more than its unique storyline. Kory’s gritty vocals accompanied by catchy and powerful guitar riffs make this album one to be replayed. Prince Daddy shows a great deal of musical growth and diversity in CTS. “Cosmic Thrill Seeking Forever” has noticeable contrast of tone and energy through a peaceful yet empowering call-and-response section, and “Ursula Merger’s” use of brass instruments mixed with both acoustic and electric guitars demonstrates that Prince Daddy is able to naturally incorporate instrumentals unusual to pop punk. They effectively blend elements from various genres to create a unique sound that does not feel forced. The cohesion of the musical elements, along with general maturation of the lyrics and sound helps to set CTS apart from previous Prince Daddy releases.

CTS also effectively accomplishes its goal of being a continuously flowing concept album. Songs blend from one to another, yet there are clear differences in lyrical tone between the different acts of the album. Additionally, the songs at the end of each act offer the most diverse instrumentation and style and fluidly connect one act to the other.  Additionally, as a concept album, CTS effectively ties its story into The Wizard of Oz without just being a regurgitation of the original tale. Initially, I was disappointed that the album did not use the plotline of The Wizard of Oz in a more chronological way, but it became clear to me that elements of its plot were useful in communicating the personal story Kory wanted to tell. The lyrics of the album still effectively offer Easter eggs for fans of Oz while also successfully portraying the story in a very different, more galactic setting. For example, Kory mentions “trying to make my way back down to Earth,” like how Oz’s Dorothy is trying to get back to Kansas.

Overall, CTS tells a very personal story in a very unique way, and it’s the type of album I have been waiting for this year. The attention to detail, effective blend of music and narrative, and creative approach to a concept album sets CTS apart from other pop punk releases in the best of ways. Prince Daddy and the Hyena has established themselves as top players in their scene with this large step of growth. Cosmic Thrill Seekers ends on the same palm-muted acoustic guitar as it begins, resetting not only the cycle of the story but also a sensible listener’s desire to listen to it all over again.