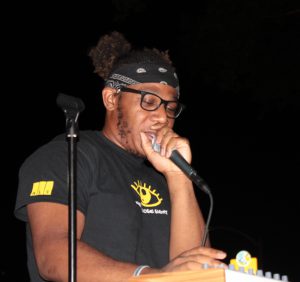 WPTS: We have Treble NLS here at WPTS studios!

WPTS: Thank you so much for coming to talk to us.

Treble NLS: No problem, thanks for having me, man.

WPTS: Absolutely, we’re really excited to have you to perform at the local music showcase we’re doing tonight, it’ll be sweet. We’ve got the best and brightest musicians in the city tonight.

WPTS: So hopefully the new students coming down to our campus will enjoy. 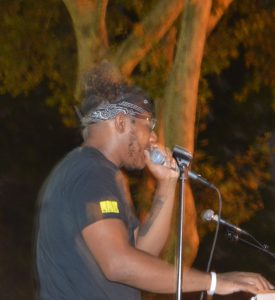 WPTS: At your shows, from what I’ve seen, you seem to tell audiences that your name NLS stands for “Never Lose Sight”

WPTS: And I also saw “Next Level Shit” on your Instagram.

WPTS: But I was just curious, what’s the message there? What do you want people to take away from your music and from your image?

Treble NLS: So the message behind NLS… So it’s something that me and my homies started back in high school that kinda just kept us motivated towards whatever we were doing, so: me and one of my homies were doing music and another one of my homies was doing sports, but “never lose sight” and “next level shit” applies to all mediums, whatever you do, whether it be business, art, athletics, whatever it is you do, never lose sight and always look towards that next level shit, you know? So I guess the message behind the music is kinda like, it’s my outlet for this. I just let things out, you know? I’m honest, I’m open, I’m transparent, and I kinda want to spark that conversation amongst my listeners to, like, liberate our minds a little, you know? Because, like once you’re able to talk about those feelings you kinda like feel a sense of release, you know? And then a sense of relief, you know? So it’s kinda like a win-win.

WPTS: When I listen to your music—which I did a lot today, and in the past—a lot of the time your flows in your music remind me of rappers like Kendrick Lamar and J Cole, just filling every single bar of music you have with as much poignant, self-aware truth as you possibly can, so do you find yourself especially inspired by hip hop artists like that? Or are there other rappers, or just genres, that help fill your creativity?

Treble NLS: There are so many influences, man! But definitely, so Kendrick, Cole, and Frank Ocean are very huge influences right now, you know what I’m saying? Because they—you can tell they take pride in their songwriting, you know what I’m saying? Like every word that they write or every bar that they spit, they make sure that it’s saying exactly what they want to say exactly how they want to say it, you know? Especially Frank Ocean and Kendrick, you know what I’m saying? Like Frank is just an amazing songwriter, I’ve studied his songwriting, which is kind of like a photographic songwriting style. So he wants to kind of, like, paint a very vivid picture every time his pen hits the pad, and then Kendrick is very, like, he knows how to utilize his flow and cut up the words to where he says exactly what he wants to say in a way that you probably haven’t heard it before, so I kinda like fuse the two and that’s where my style comes in, you know? Yea.

WPTS: That’s very apparent in the product, so good job!

WPTS: So you’re from the Pittsburgh area, right? 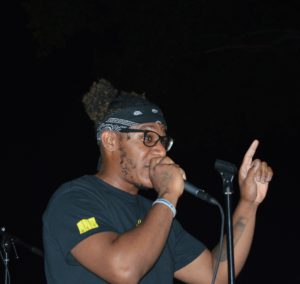 WPTS: Born and raised! Where are you living?

Treble NLS: So I was raised in Homewood, I come from the Homewood area, and I’ve kind of been almost all over Pittsburgh. I haven’t lived in the West or the North side at all, but I’ve lived in Mt. Washington, Squirrel Hill, Lawrenceville, Beltzhoover, you know, stuff like that.

WPTS: So you’re saying you’re a well-versed Pittsburgher then?

WPTS: Where’s your favorite place to grab food in the city?

Treble NLS: My favorite place to grab food! Aw man, there are so many places… I don’t have a favorite place, but I have a go-to place that I’m kind of becoming a regular at, which is Primanti’s. You know, I love Primanti’s, every time I go to Primanti’s I grab me a double egg and cheese sandwich with no tomatoes, no sauerkraut, just amazing, yes yes!

WPTS: Speaking of Pittsburgh, there’s a deep history with Pittsburgh that I feel, like—and I find that if you’re not from here, it’s difficult to explain to someone—how that history impacts the way you live your life as a Pittsburgher, and I think that that impact is especially palpable on the artists of the city.

WPTS: So I’m curious, like, how do you think your relationship with Pittsburgh, as a city, has shaped the way you create the music that you make?

Treble NLS: I realized that here in Pittsburgh, like, what’s popular hip-hop-wise at least is trap sound. Like a lot of people are heavily influenced by Chicago drill-rap—which, like, it’s cool, it has a very large audience, it’s just not my style, you know? But my relationship with Pittsburgh has kind of challenged me to find my audience, you know, which at first I didn’t even know existed in Pittsburgh! But as I’m growing and progressing and realizing that more and more people in Pittsburgh actually have, like, an appreciation for my sound, so I don’t feel as compelled to leave Pittsburgh as I did before, you know? Like I feel like I can do something here, like I know I can’t fully establish myself here, but like I can establish something, you know?

WPTS: Absolutely! So I guess, just to wrap up, I’m curious—and I guess everyone out there about to see you perform is curious—what’s next for you, like, do you have any big plans in the future or projects?

Treble NLS: Yes! Yes, so I have a couple projects on the way. So tonight at 12am I’m dropping a 3-song mini EP titled Stop Waiting for Friday, which is ironic, because I’m dropping it on a Friday. But the point behind it is—so there’s a couple points behind it—it’s to hold people over for the actual project that’s in the works right now, which we’ll get to that, but the other purpose is to, like—so the title Stop Waiting for Friday is like: a lot of us wait for Friday because we feel like Friday is going to be our happiness, you know? Friday is going to be the only day that we can be happy and release and enjoy, but it’s like, that’s not true! You don’t have to wait for Friday to enjoy the day, like everything you need is right here in this moment, you just have to utilize it to the best of your ability, you know? So then apart from that there’s a project in the works titled Mourning Wood, which is a funny name, but it’s a metaphor for like the hardest times in my life, and it doesn’t really have a release date yet, but it’s definitely in the works, and I’m going to be performing a couple of songs from both projects tonight! So yea!

WPTS: Incredible, thank you so much, man!

Treble NLS is a Pittsburgh-based rapper blending deeply personal conscious rap with inventive, effervescent production. You can check out his his Soundcloud here and his Instagram here.