Pittsburgh, PA — Celebrating its 5th year, the Pittsburgh-based VIA Festival has found a fitting home for its main event in the historic Union Trust building at 501 Grant Street, downtown, on Saturday, October 4 from 7pm-2am. Admission is 18 and over with $15 tickets for students with valid ID, $25 general, or included with all-access or weekend pass. Tickets at via2014.com.

Listed on the National Register of Historic Places, the iconic 11-story landmark was constructed during Pittsburgh’s Gilded Age, designed by renowned Pittsburgh architect Frederick J. Osterling, and built by industrialist Henry Clay Frick from 1915-1916. The building was purchased at a Sheriff’s auction in 2014 by the Boston-based Davis Companies, whose CEO Jonathan Davis is a Squirrel Hill native, and stands poised to enter its new phase.

“We are privileged to welcome the VIA Festival to The Union Trust Building and are delighted to host this cutting-edge, cultural experience,” says Larry Lenrow, Davis Companies spokesperson.

VIA will utilize a variety of spaces on the first floor and lower level which has not been open to the public. A central rotunda capped by a stained glass dome serves as the hub of the building’s interior, in which VIA will install a 30-foot bubble for immersive audio-visual environment in with support from Carnegie Mellon University’s school of Drama and Entertainment Technology Center. A former department store will be turned into a digital sculpture gallery – playfully conflating virtual and real life experiences through custom and hacked apps, indie video games, and virtual figure drawing classes utilizing the online platform Second Life.

“Our model has always been to BYOC (build your own club) and the Trust offers a treasure trove of possibilities, allowing us to activate spaces that are very architecturally different. We get to create a world that exists for one night only but still has a deep connection to the city,” says VIA co-founders Lauren Goshinski and Quinn Leonowicz. 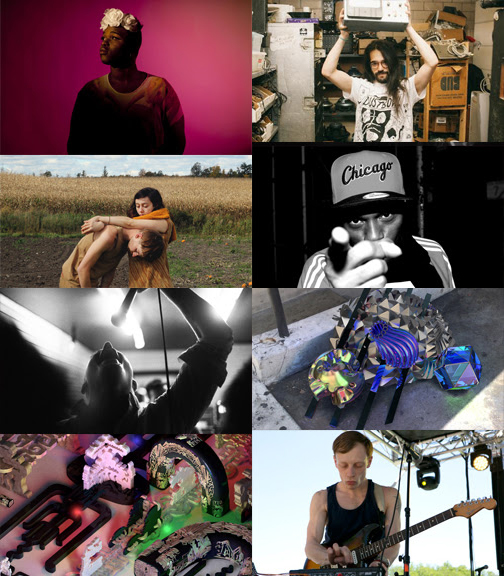 The festival location is also particularly meaningful for VIA and its supporters like the Sprout Fund. “VIA launched in 2010 with the help of a Sprout Seed Award and we’re thrilled to see how the festival has evolved over the years to become one of Pittsburgh’s most anticipated annual events,” said Cathy Lewis Long, Executive Director of The Sprout Fund. “It’s especially exciting to be sponsoring VIA in 2014 as the festival takes over the Union Trust Building—the same location of Sprout’s Hothouse party in 2008.”

VIA 2014 draws festival-goers to a variety of locations around the city large and small like Carnegie Mellon University, Altar Bar, The Rex Theater, The Shop, Row House Cinema, Belvedere’s, Thunderbird Cafe, 720 Records, Cattivo and more. Over a dozen collaborations between local art, nightlife and educational organizations prove the festival is growing into its boots as a city-wide collaboration.

A consistently top-ranked festival VIA aims to be a “Festival As Laboratory” whose structure mutates every year. VIA is member of International Cities of Advanced Sound alongside notable peer festivals Mutek in Montreal / Mexico City / Barcelona, Unsound in Krakow, CTM in Berlin, Decibel in Seattle, and New Forms in Vancouver.

All 2014 Festival Artists and Program of Events:
All Events
All Musicians & Visual Artists
All Workshops
All Screenings

“VIA (where both video artists and musicians are the headliners) has grown to be a platform that showcases boundary-pushing art, technology and creative exploration, in an approachable setting.” – cool hunting

“In an oversaturated global festival market, what really sets VIA apart from its peers is a very apparent hunger to stretch what it means to be a festival in the 21st century.” – dummy magazine

“The festival was a model of innovation in both its planning and execution, lovingly integrated in the city proper.” – pittsburgh post-gazette

About VIA: Redefining where the gallery meets the club, VIA is a festival and series of events that explore the intersection of music, new media art, and technology IRL and online.