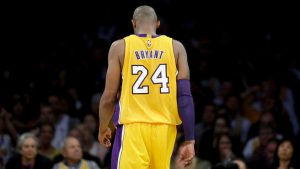 When I think of Kobe Bryant, I think of many things: I think of a villain, I think of 81 points, I think of a man ready to do anything to win, but I mostly think of the little moments scattered throughout his career. His grit and mentality made him a player that was unforgettable for so many, but it was also his legacy that has made him so memorable.

Kobe was a scorer unlike anyone else, and he didn’t care if it was the right shot; if he thought he could make it, he would take it. He was confident in himself, in his abilities, in the work he put in the gym before and after the games, and in his resolve to almost will the ball into the basket. He was so prolific that from the time I was six years old, I have yelled “Kobe!’ everytime I shot something into the trash can, and yet I didn’t really watch basketball until middle school. Everyone knew who he was; it didn’t matter if you watched, were a fan, or never saw an NBA game, he was just that big.

With all that being said, Kobe made me angry. I am a Celtics fan, I have been as long as I’ve watched basketball, and nobody has broken my heart more than Kobe Bryant. He crushed my dreams in 2010 in the Finals, despite shooting terrible, he willed his team to that Game 7 victory. Every shot, every rebound, every moment to me was an act of pure villainy. But now I look back with respect, I almost take pride in just how much he wanted to beat them, the Herculean efforts he put into every rivalry game. At the end of his career, that’s who Kobe was; a man of Herculean effort. 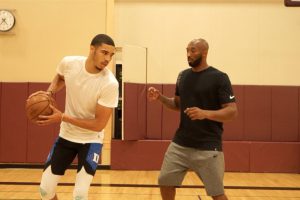 That effort, that ability, those skills, have not left the league now that he is gone. His fingerprints are all over the game today. It’s in Kyrie Irving’s ability to go one-on-five, LeBron James’s leadership on the court, Devin Booker’s drive, Trae Young’s shot, and many other players and coaches. What has been surprising, however, was Kobe’s willingness to teach these traits after he retired. Meeting up with players, training with them in the offseason, and putting in time with kids that have idolized him their whole lives. Showing a care for the future of the game, wanting to nurture it and help it grow; this is the legacy he has left on the NBA. 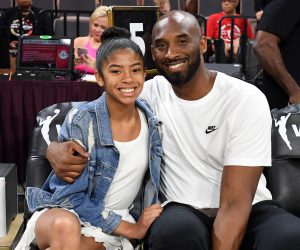 Finally, one of the best things about Kobe Bryant was how much of a typical basketball dad he became once he retired. Coaching his daughter Gianna’s games, making it his goal to teach her everything he knew, and to help her achieve her dreams and reach her highest heights. He wanted her to become a legend in her own right, surpassing everything he did. He became just like every other dad in some respects; proud and encouraging. Kobe means many things: Mamba, Winner, Father. But whatever his impact was, he touched everyone in the sports world in some way or another. Look back at his plays, mourn the loss of a legend, but be sure to appreciate everything he left on the court, and the legacy that we will immortalize forever.