Where are they now? Checking in on Panthers from the Dixon and Stallings eras 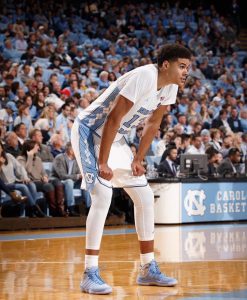 Since Jamie Dixon left the Pitt basketball program, Panther fans have seen player turnover like none other if you take the “one and done” schools out of the equation, and coach turnover similar to that of the Pitt football program in the Big East to ACC transition years. Now with Jeff Capel at the helm, most, if not all, Pitt basketball fans feel that he is the man to take the program in the right direction and that the guys he has on his team now will be at Pitt for the entirety of their college careers. Well, maybe they are not done yet, as Shamiel Stevenson and Peace Ilegomah have decided to move on as well. They were both recruited and signed by former head coach Kevin Stallings, and there are now two more scholarship spots open for coach Capel to sign the high school JUCO or grad transfer talent he wants. All this turnover of players and coaches got me thinking about checking in to see how all of the players who have left Pitt are doing currently at their respective schools. So, I have made a list of players in a rough chronological order according to when they left the school, followed by some former coaches.

After transferring to Georgia State, Wilson had to sit out a year due to transfer rules. He is now in his first season playing for the Georgia State Panthers and has taken over the starting point guard role. In 12 games he is averaging 6.0 points, 3.7 rebounds, and 1.4 assists.

After landing at Indian Hills Community College and only averaging 6.1 points per game, Manigault took the offer to play for the New Mexico Lobos, a program that has enjoyed some national attention and success over the past few years. In his one season at Pitt, he only averaged 0.8 points per game in 4.4 minutes per game. At New Mexico, Manigault has made a name for himself starting 3 out of the 10 games in which he has played and is averaging 10.4 points per game along with 5.8 assists per game.

Kithcart was kicked off the Pitt team late into the 2016-2017 season and decided to join Old Dominion and sit out a year. In 7 games this season, he is averaging 4.4 points per game and 1.6 assists per game in a bench role.

As a Pitt fan, Johnson was certainly a frustrating loss, and looking at him now, the star of the North Carolina Tar Heels, it is still painful. Johnson, who is now in his fifth year and gaining NBA scouts’ attention, is averaging 16.6 points, 5.1 rebounds, 1.7 assists, and 1.3 steals in 11 games this season. Along with starting every game this year, Cameron started 20 of the 26 games he played in last year at UNC and averaged 12.4 points per game along with 4.7 and 2.3 rebounds and assists per game.

Stewart will play for his dad starting next season at University of Tennessee Martin as he has to sit out this year due to transfer rules.

Carr is in the same situation as Stewart, sitting out for a year due to NCAA transfer rules, but he will play next season at Minnesota under Rich Pitino.

Luther is a grad transfer at Arizona where he is playing one season under former Pitt player and now Arizona head coach Sean Miller. He started off the season as the starting power forward but now has only started 6 out of 13 games played. He’s averaging 5.8 points per game and 4.5 rebounds per game. In Arizona’s second game of the season, he had 17 points and 5 rebounds but has not had similar success in terms of points since.

Jamie is still rockin’ the slicked back hair and finding success as a coach. Now in his third season at TCU after thirteen years as head coach at Pitt, Dixon led the Horned Frogs to the NCAA tournament for the first time in twenty years and the year before won the Horned Frogs’ first postseason championship winning the NIT. He has also swung big recruits like Jaylen Fisher and knocked off number one ranked Kansas in the quarterfinals of the Big 12 tournament in his first season at TCU. Former Panther Chris Jones is also now with TCU as a graduate assistant.

Stallings retired from coaching after his dismissal from Pitt, but now his son takes the spotlight in Pittsburgh as a young backup catcher for the Pirates.

Brandin Knight left the school when Dixon departed for TCU to take an assistant coaching job at Rutgers. There was some news last year about the potential for Brandin Knight to be the head coach at Pitt, as well as reports that Capel was considering bringing the man whose  jersey hangs in the rafters at the Pete back to Pitt. For now, Knight is at Rutgers, but as his wide variety of praise from Jamie Dixon to former Pitt players suggest, he may be a head coach soon.