The Velvet Underground were a famed garage rock, proto-indie, proto-punk group, emerging from New York City, with ties to Pittsburgh’s own Andy Warhol. Known mostly for their timeless debut, the Velvet Underground & Nico, today three staffers reflect on the influence, cult status, and mystique behind their sophomore effort; White Light/White Heat, which was released 50 years ago today. 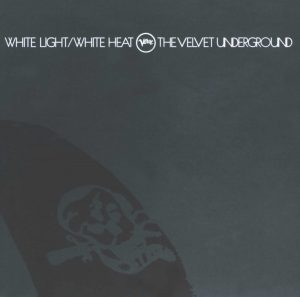 The Velvet Underground, critical darlings of both mainstream and indie rock fans alike, released the follow-up to their Andy Warhol-produced debut LP, 50 years ago this week. While the Velvet Underground & Nico was by no means an accessible release, White Light/White Heat sees the Velvets submit to their dronier, noisier musical tendencies, and to the most nihilistic, underground portions of their psyche. The album sounds like it was cut out of existence with the dullest knife ever cast. John Cale’s bass-lines are distorted and humming, threatening to fall out of time or be overtaken by screeching violin at any second. Sterling Morrison’s abandonment of any sort of traditional guitar-playing effectively drenches the entire 40 minute-runtime in some of the most revolutionary feedback ever recorded. Maureen Tucker pounds out primitive, tribal rhythms, giving a backbone to the frantic energy that this album is known for. And what hasn’t been said about Lou Reed’s wicked vocal presence on this album?

White Light/White Heat not only pushed the sonic boundaries of rock production more than any other album before or after, but it also perfectly encapsulated the underbelly that the Velvets were both a part of, and in love with. But this album is not just a sludge heap different from anything of its time: beneath the seething, experimental surface of this album lies some of the rawest, most energetic compositions ever witnessed by the guitar, along with the very essence of punk. On a more personal note, this album opened my eyes to many of the tropes I have come to identify with in music that I enjoy, and for that alone I will never forget it. “The Gift” and “Lady Godiva’s Operation” together make for one of the most mind-bending one-two punches ever recorded, both so visceral and hypnotic in their grooves, but so outwardly discomforting and fiercely alienating. These eccentricities are the reason I felt generally spooked after my first time finishing the LP, but soon had me coming back for more, feeding an urge for more boundary-pushing music that has stayed with me to this day.

Trace the lineage of White Light/White Heat to Sonic Youth, to CAN, to the Strokes, to Talking Heads, to Bowie, to Patti Smith, to any rock group pushing borders after the group’s eventual demise (Squeeze – yikes), and it won’t take you too long for you to realize that the Velvet Underground were truly at the peaks of their creative careers in 1968. 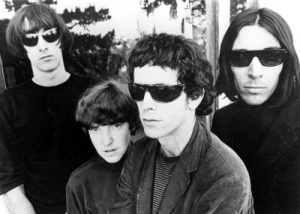 I was late getting into the Velvet Underground. It was only after combing through almost every other facet of underground rock I finally began exploring their catalog. I started with Loaded and quickly fell in love with Velvet Underground and Nico. In a conversation with my good friend Alex about my still juvenile interest in Velvet Underground, he told me that, while VU has several classic albums, White Light/White Heat is one of the greatest album of all time. After giving it a listen, I decided Alex was absolutely wrong. It was a mess of an album, poorly written, thrown together and recorded at a quality that makes 4 track cassette tape demos look professional. But over the next few weeks I was drawn back, again and again and slowly started to see the album for the masterpiece it was. White Light/White Heat is an ambitious, challenging and highly influential record, even by the standards of the ambitious, challenging and highly influential group that is The Velvet Underground. The album covers so many different styles, all filtered through six lo-fi, distorted, chaotic songs.

The six songs on the album flex the VU’s versatility more than any other album in their catalogue. The album begins with the rock ’n’ roll of the “White Light/White Heat,” which sets the tone, as much as it’s possible to set a tone for the album. The breakdown at the end sets the stage for the rest of the album, with it’s distorted guitar bashing, and cymbals crashing chaotically. This then transitions into the almost “The Gift,” a startling change of pace that features rhythm section vamping while a distorted guitar wails over it as John Cale reads a short story, in an almost menacing tone, about a girl accidentally murdering her boyfriend. The peculiar mixing, the story only coming through one speaker while the instrumental comes out the opposite, is jarring, but allows the listener to appreciate individually the two parts, both intriguing on their own. “Lady Godiva’s Operation” begins with John Cale sweetly describing the titular subject of the song, before transitioning into the second half which features possibly the most unsettling duet in the history of popular music. As John Cale continues to sing, Lou Reed loudly interjects words at the end of Cale’s lines, before they transition into a more traditional duet. “Here She Comes Now” explores the softer side of VU, in a way previewing the direction they would go on their self-titled third album. The song sets a formula for many of the soft-indie pop that would come into style at the end of the century, but built around only a few lines, built mostly around the titular double entendre.

The second half of the album is where it gets really interesting, however. The first song on the second half is the absolutely chaotic “Heard Her Call My Name,” which opens with a wailing guitar solo, pulsing drums and Lou Reed almost grunting rock ad-libs. As the verse comes in the guitar transitions into a quick riff. After a haunting, lo-fi chorus, Lou Reed yells, “and then my mind split open” and the guitar has another melt down. This repeats with the second verse and chorus and then the last two minutes is filled by with an absolute cacophony of wailing guitars and frantic drums. Then we get possibly the greatest rock song of all time, and the Punkest song longer than 15 minutes. “Sister Ray” is incredible. Eighteen-minute debauched tale of sex, drugs and murder, sung over heavily improvised, chaotic, distorted organs and guitars and a constant rhythm section built around three guitar chords. The lyrics are raunchy, disturbing and hilarious. The narrator describes a heroine fueled orgy that ends when the police show up in response to one of the participants casually murdering a sailor.

The influence of White Light/White Heat cannot be understated. This record continues to inform underground music to this day. It pushed boundaries, from its lo-fi production to how it structured songs. Without this record there is no noise rock movement, punk music would likely look vastly different, and independent music as a whole would be way less diverse of a movement. This record is one of the greatest musical statements in modern history and will likely continue to influence bands and musicians for a long time-time. 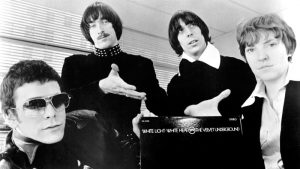 I remember listening to “White Light White Heat” for the first time being completely confused. I got into the Velvet Underground with their debut, like many did I’m sure, and was expecting more of the same from it. But here is this six track release, where the last track goes on for 17 minutes.

The album starts off with a bang with the title track, where I recognized the melody after LCD Soundsystem borrowed it for their song “Drunk Girls.” You hear Lou Reed singing about heroin, something pretty standard all things considered, then the album goes into “The Gift.” Presented in Stereo, one track has John Cale reading a short story that Lou Reed wrote, while the other has an epic instrumental. When combining the two together, despite John Cale’s deadpan delivery, the instrumental manages to always invoke an intense feeling in me. The first side of this album ends with “Here She Comes Now” a shorter song, and also the simplest off of the album is a moment of brevity for what’s to come on side two.

Side two has two songs, “I Heard Her Call My Name” and “Sister Ray.” This side confused me for the longest time, as I thought it was just pure noise and nonsense, and I really didn’t like this album for the longest time because of it. But as I listen again, and I hear the wailing guitars on “I Heard Her Call My Name” and Reed’s frantic vocals, I started to love it. The same can be said of the album closer “Sister Ray” a 15+ minute jam, that features improvised chords and completely wild lyrics. And what makes this song a joy, is just hearing live versions of it, and how it changes. With artists like Joy Division or Kurt Vile having covers of this song, it’s easy to see how influential this album has been.

What may have seemed like a weird departure into noise has given the Velvet Underground the honor of being one of the most influential bands of all time. Everyone talks about their debut, and how many artists were inspired by it, but I feel like now, after 50 years, we need to start acknowledging White Light White Heat for the masterpiece it is.

This retrospective was edited by Thomas Troyan and John Wright of the WPTS Editorial Board.