Why Doesn’t Armani White Have an Album Out 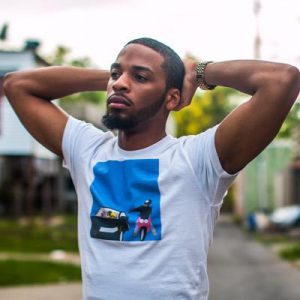 I have my sister to thank for showing me the talents of Armani White. We were on a drive when she first played me a song called “Rewind”. I was hooked as soon as I heard the trumpet, and I was in awe of the great production (Louis Futon) and singing (Ashe). The real standout of the track, though, was Armani White’s rapping. I immediately searched him up on Apple Music and was disappointed to find only one other song there: “NYC Window.” Totally different from the electronic and poppy sound of “Rewind,” this song was intimate, driven by soulful voices and a groovy guitar. What bound the two songs together was the unmistakable flow of White. He effortlessly glides between singing and rapping and the rhythms behind his rhymes change in cadence and speed in the blink of an eye. While his complex flow is enough to make him a worthy listen, another selling point for White is simply in his music. He takes time out to make sure his track is polished with more than just a good bass and hook. White changes his beats to match the energy of his verses, adding effects to his voice, emphasizing lines with supporting vocals, and switching up instrumentation (check out his new single, “Onederful”). Also, with friends involved in the electronic music scene, he’s willing to jump on songs that you wouldn’t necessarily expect a rapper to be on (ex: “Pearl Magnolia” by Alexander Lewis). Not many rappers can match his tremendous sense of energy, flow, and melody, and even fewer have the creativity and patience to make the music behind their verses just as engaging. White has a clear passion for music, and an undeniable talent, and I anxiously await the release of his first album.